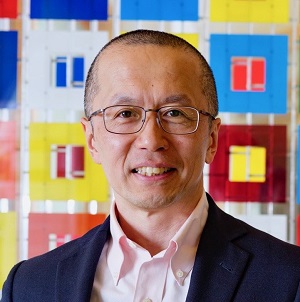 Received a BA in economics from Keio University, an MA in international and development economics from Yale University, and a PhD in political science from the Massachusetts Institute of Technology. Was an assistant professor in the Department of Political Science, National University of Singapore, and associate professor in the Crawford School of Public Policy, Australian National University, before assuming his present post. Concurrently serves as a research associate at the Edwin O. Reischauer Institute of Japanese Studies, Harvard University. Has also been a guest professor at Keio University and visiting professor at the Massachusetts Institute of Technology.