The role of China’s “shadow banking” sector in financing extravagant local development projects has led financial pundits to warn of a Chinese financial meltdown with global repercussions. Research Fellow Takashi Sekiyama puts the issue into perspective, even while sounding a more measured warning regarding the need to control moral hazard.

In recent months China’s financial system has become the focus of much hand wringing around the world. Of particular concern is the flow of high-interest credit from the so-called shadow-banking sector to the provinces, where it is funding ambitious construction projects deemed unlikely to pay off. The worry is that, as China’s economic growth slows and these development schemes start to go bad, the entire financial system will collapse, potentially triggering another global financial crisis. [1]

Certainly the Chinese economy is losing steam. The 7.6% growth recorded in the first half (January–June) of this year was below expectations. When interbank lending rates skyrocketed in June, some observers were quick to declare that the prophesied financial Armageddon was at hand. [2]

Since then, however, China’s interbank lending rates have settled down. In the real economy, employment has bottomed out, and there are signs of a recovery on the horizon.

Are the fears of a Chinese financial crisis justified? Is shadow banking as serious a threat to China and the world economy as some have suggested? Below, I will attempt to show that the anxiety has largely been misplaced.

The term “shadow banking” is apt to conjure up some kind of financial underworld whose very existence poses a fundamental problem. But this somewhat sinister term merely denotes any form of credit intermediation falling outside the realm of traditional bank deposits and loans. The fact is that activity of this sort plays a major role in financial systems around the world.

Even so, has China’s shadow banking system grown too large for the economy’s good? The answer appears to be no. To be sure, the scale of China’s shadow banking sector is difficult to gauge with any precision, and this lack of certainty is one of the factors that has bred anxiety among some market watchers. But estimates published by major global financial firms range between 40% and about 70% of GDP (see Figure 2), and even if we consider the high end, 70% of GDP would put China roughly on a par with Japan, whose shadow banking sector is quite modest by international standards (see Figure 1).

Figure 1. Scale of Shadow Banking System as Percentage of GDP (2011)

Still, some are concerned about the risk to China’s financial system from the flow of capital into the ambitious, often-unprofitable development schemes of “local government financing vehicles,” companies created by local governments to carry out costly projects. If these LGFVs began defaulting in large numbers, might not the entire banking system collapse?

When a local development project fails, someone has to cover the loss, be it the investors whose money financed the project, the banks that channeled the funds into the project (directly or indirectly), or the local government that is the de facto borrower. The reason China’s financial risk is minimal at this point is that the big banks and the government have more than adequate capacity between them to cover such losses.

China’s commercial banks are among the world’s strongest. The average capital adequacy ratio for China’s 17 major banks is 12.9%, a level that would allow them to absorb a huge amount of bad debt and still remain on a sound financial footing. According to the results of a banking sector stress test carried out by the People’s Bank of China, even if 30% of outstanding wealth-management products failed, and the major banks absorbed the entire loss, their capital adequacy ratio would fall only 3 percentage points on average; all 17 would maintain a ratio of 8% or better. [3] This means that even with a significant rash of defaults, resolution should be possible without wiping out investors or triggering a credit crunch that could deal a blow to the financial system as a whole.

The spike in China’s interbank lending rates this past June was treated by some as a dire omen prefiguring the imminent collapse of the shadow banking system and the real estate bubble. In fact, it was a transient phenomenon that occurred when some small and medium-sized banks that were using interbank loans for repurchase agreements experienced a liquidity crunch just as demand for cash was peaking as a result of seasonal factors. It had nothing to do with the risks of shadow banking; indeed, China’s interbank lending rates have been stable ever since.

Deep Pockets in the Public Sector

It is true that many of the development projects undertaken by LGFVs are money-losing ventures. Although the LGFVs are supposed to repay their debt from profits accruing from land transfers and post-development business operations, a recent survey by China’s National Audit Office revealed that less than half of the funds for debt repayment come from project profits. One-third come from government allocations, and another 20% come from new borrowing, as seen in Figure 3. This has raised concerns that China’s local governments are facing imminent bankruptcy as debts begin to mature.

Here too, the risk has been drastically overstated. The National Audit Office is still in the process of gauging the full extent of local government debt, but even the highest estimates put it at no more than about 40% of GPD, including borrowing by LGFVs (see Figure 4). And with China’s national debt at only 23% of GDP, even if every LGFV project currently underway were to go bust, local and central government debt combined would still amount to just over 60% of GDP. This is scarcely an unsustainable level of debt given that the Chinese economy—downturn notwithstanding—is expected to grow at an annual rate of 7%, fast enough to double in scale every 10 years. Under these conditions, central—and potentially local government—bond issues could easily cover the costs of resolution. [4] (Japan, by contrast, has amassed public debt amounting to more than 200% of GDP even while remaining mired in slow economic growth.)

Figure 3. Source of Funds for Debt Repayment by LGFVs

Thus far, there has not been a single instance of Chinese investors taking a net loss on wealth management products or trust products. In my view, however, this points to the real danger associated with shadow banking in China: moral hazard.

There is a widespread belief among Chinese investors that any investment in a quasi-governmental entity or a product issued by a state-run bank is covered by a tacit guarantee, even though such investment products are not insured. China’s investors are confident that the government and big banks together will cover any loss of principal—which is precisely why funds have continued to flow into WMPs and similar investment products, even as observers around the world have sounded the alarm over their risks. Confident that the big banks or the government will come to the rescue in a pinch, people feel free to invest in such financial products without worrying about the inherent risks—the very definition of moral hazard.

As we have seen the risks posed by the shadow banking system and local government debt are still quite manageable. That said, however, if nothing were done to address the moral hazard, money from Chinese investors would keep pouring into risky and ill-conceived projects. And in such a case, the crisis some have been forecasting prematurely would not take very long to materialize.

This is precisely why China’s financial authorities have been tightening regulations of the shadow banking sector since late last year. Henceforth, some LGFV loans will doubtless be allowed to default, and the banks, local governments, and individual investors involved will all be obliged to take a loss.

For the reasons I have explained, the disposal of bad debt is unlikely to precipitate anything resembling an economic meltdown. But the repercussions will doubtless be felt inside and outside of China in the form of falling stock prices and a further slowdown in economic growth as the local development frenzy loses steam. While this is a genuine risk for which we need to be prepared, there is probably no need for panic.

The Economics of Rapprochement: Can Japan and China Bury the Hatchet? 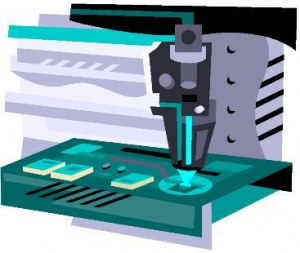 Thinking the Tokyo-Washington-Beijing Triangle from an Economic Perspective