The passing of the national health insurance bill after prolonged debate in March 2010 came as a relief for the Obama administration. April brought an agreement with Russia on strategic nuclear weapons limitations. Will these achievements enable the administration to go back on the attack? In this three-part study, I will examine recent policies at home and abroad.

With public opinion largely opposed to the health insurance reform bill immediately before voting in Congress began, views were divided on whether it was better for the Democrats to pass the bill or allow it to fail. In particular, there was considerable debate on the impact the bill might have on the midterm elections later this year. Two things need to be looked at in this context: the significance of the bill for Democrats in Congress, and its significance for the president.

For congressional Democrats, the situation is complex. Indeed, in a strict sense the calculus differs for each member of Congress. For members elected from districts with strong Democratic support, the passing of a bill with such historic significance was a major positive. But the situation is different for many members from conservative districts where Republicans enjoy strong support: for these members, their prospects in November’s midterm elections might have been better if they had voted against the bill.

Of Democrats elected to the House of Representatives in the 2008 elections, 49 are from electoral districts in which John McCain polled ahead of Barack Obama (see “Analysis of Voting Patterns on Major Bills During the First Session of the 111th Congress,” available in Japanese only). With Obama beating McCain by an average of seven percentage points nationally (53% versus 46%), districts where McCain received a greater share of the vote tended to be traditionally conservative areas. These are districts that might normally be expected to elect a Republican to Congress.

With the winds of public opinion blowing strongly in their favor, the Democrats made substantial gains in the House elections of 2006 and 2008, winning seats far beyond their traditional areas of support, including conservative districts that had traditionally voted Republican, or where there had previously been close competition between the two parties. In a sense, these elections swelled the Democratic presence in the House of Representatives beyond its natural levels.

Would the Obama administration be better placed with these districts under Democratic or Republican control? The question is not black and white. Given the essentially conservative nature of these districts, it can hardly be expected that a Democrat representative will vote in support of all the party’s basic policies. This is one of the biggest differences between a parliamentary cabinet system and the American presidential system.

But given the current ideological antagonism between the two parties, there is also little to no chance that a Republican will vote in favor of any Democratic proposals, and certainly no chance that such support will come from a member representing one of these conservative districts. At the very least, the administration can hope for some degree of support on some measures from a Democrat. The difference may seem small, but in a close vote it can make all the difference.

The midterm elections in November 2010 will be extremely tough for many congressional Democrats. Democrats who voted against the bill risk losing votes from faithful Democratic supporters, with little prospect of a corresponding increase in popularity among Republican voters. Meanwhile, Democrats who voted in favor of the plan can expect votes from committed supporters of the Democratic Party and President Obama, but will come in for stronger opposition than ever from conservative factions led by the Tea Party movement.

For President Obama, on the other hand, the passing of the health insurance reform bill was a vitally important victory. Many people warned that Obama risked becoming “another Jimmy Carter” if it failed, unable to get any legislation through Congress at all. Indeed, the bill seemed doomed to failure after the Democrats lost in January’s special election in Massachusetts, thereby forfeiting its special majority in the Senate. But Obama was determined to block the opposition’s attempted filibuster and push the bill through, demonstrating considerable confidence and strength. This is an important image for the US president to project. Having passed legislation that will aim to provide health insurance to all US citizens a full century after the idea was first put forward by President Theodore Roosevelt, Obama can lay claim to a historic achievement.

These successes may have little bearing on the midterm elections, but they will surely be important factors when the presidential elections come around again in 2012. “The cynics said it couldn’t be done, but by working together the American people achieved a miracle”—we heard phrases like this many times in 2008, and we are likely to hear them again. We can also expect to hear similar remarks alluding to the agreement with Russia on nuclear arms reductions.

But it cannot be denied that getting the bill passed came at a high price. President Obama and his team of advisors and analysts worked hard to learn from the experience of the Clinton administration, which failed at passing similar reforms in 1993–94. It was imagined that if a plan were drawn up in the White House first and then put before Congress, not even Democratic members could be relied on for support (this is in fact what happened in 1994). Instead, the president’s team decided to leave much of the bill-writing process to Democrats in Congress.

Timing also played a part, particularly the high levels of support enjoyed by Obama early on in his presidency and the sense of crisis enveloping US society. The Obama administration hoped to tap into this feeling. The sense of crisis that followed the financial crisis gave the president and his team confidence that they could pass bills that would normally stand little chance of getting through. (The massive financial stimulus package approved in February 2009 was one example of this.)

Another consideration that seems likely to have played a part in the decision to entrust the process to congressional Democrats was a reluctance to avoid wasting large amounts of time cobbling together a White House plan, as the Clinton administration did. And President Obama had to conclude that neither he nor his staff had what it would take to draw up a proposal swiftly on their own.

It is now widely acknowledged that these judgments were substantially mistaken, and that as a result of the proposal the administration continued to hemorrhage support throughout the summer of 2009.

At a Tokyo Foundation seminar held on December 4, 2009, Simon Rosenberg, president of Washington-based think tank NDN, pointed to a middle way between the approaches taken by the Clinton and Obama administrations. Instead of putting together a plan behind closed doors in the White House, the administration could instead outline a number of basic principles and then leave the congressional Democrats to formulate a bill based on these. This is the approach being taken with financial reform, and Rosenberg suggested that this would be a more effective strategy.

Instead, Obama handed over the decision-making process to congressional Democrats and left them to formulate whatever plan they could agree on. It was a close-run thing, but the Democrats in Congress did eventually hammer out a bill, which passed. But this came at an extremely high cost in terms of public support. One reason was that the various proposals put forward by Democratic members of Congress—radical ones in particular—were attacked by Republicans as part of the “Obama plan.” Another factor was the disconnect that existed between the government’s determination to push ahead with healthcare reform and the desire of the electorate for a response to concerns about the economy and employment.

The administration strikes back

Starting in January 2009, the Obama administration tried to gain a degree of support from Republicans for its health insurance plans, but to no avail. Eventually, the bill squeezed through with Democratic support alone. Republicans griped that even President Lyndon Johnson had managed to achieve significant support from Republicans for his healthcare reforms. But it is essential to remember that the Republican Party in the 1960s still contained liberal elements, and was quite different from the party it has become today.

At this stage, there was an interesting development. In April 2009, Obama abandoned an election pledge and spoke in favor of drilling for oil in offshore areas. This represented a major concession to the Republicans, aimed at providing much-needed momentum to the energy and environment bill then languishing in Congress. Conservatives complained that the president’s concessions were still not enough. But although the health insurance reform bill was eventually forced through with Democratic support alone, it would not be surprising if the administration had decided after this that similar tactics were unlikely to succeed again in the future. It is likely that the difficulties the administration experienced in getting the health insurance bill passed will bring about a dramatic change of tack.

Offshore drilling was a source of direct confrontation between Obama and McCain during the 2008 presidential election, when chants of “Drill, Baby, Drill” were heard at the Republican National Convention and at other venues throughout the election campaign.

The Obama administration’s recent shift in direction has been reported in some quarters as part of a compromise designed to win Republican support for its energy and environmental bill. Conservatives insist scornfully that the concessions remain insufficient. Democrat-friendly environmental groups, on the other hand, have been shocked and outraged by the move.

It is doubtful whether these compromises will achieve the hoped-for results. At the moment, it looks as though the bill will struggle to get through Congress. It is also possible that the oil spill that hit the Gulf of Mexico in April will harden public opinion against offshore drilling. Nevertheless, the administration’s recent changes of strategy provide significant hints of the kinds of measures it may resort to in the future when circumstances require it. ( This is an almost literal translation of an essay originally written in Japanese for a Japanese readership .) 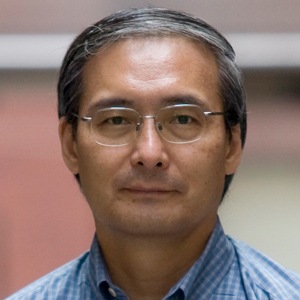 China Seems Set to Drive US Asia Policy—But Where?