The term “architecture” has taken on a specialized use in the security field in recent years. This new usage is still relatively little known in Japan, but the term has come to be used in security circles as an effective concept by which to accurately understand the regional security framework within the rapidly evolving security environment surrounding Japan since the 9/11 terrorist attacks.

The policy proposal comprises six chapters—one by each of the project members—and seven proposals discussing the policy ramifications of these chapters. Ken Jimbo's opening essay serves as an introduction to the report, explaining the derivation, definition, and background of the “regional security architecture” concept and presenting the project’s innovative three-tiered approach.

In the years after World War II, a regional security order was formed in Asia based on the “hub-and-spoke” system of bilateral relations with the United States, particularly the US alliances with Japan, South Korea, and Australia. Since the turn of the twenty-first century, however, a new, diverse security framework has emerged. This is characterized by a networking of alliances (Japan-US-South Korea; Japan-US-Australia), regional frameworks like the Six-Party Talks and Shanghai Cooperation Organization for solving specific problems and disputes, and ad-hoc cooperation efforts in such areas as antiterrorism and antipiracy.

Given the multilayered nature of the security frameworks that exist in Asia today, the conventional approach of bilateral alliances supplemented by a framework of multinational cooperation is no longer effective either as a mode of analysis or as a tool for designing an optimal security framework. The “architecture” concept has been introduced as a new way of understanding the various security frameworks as a whole.

In Chapter 2, Ryo Sahashi introduces the three-tiered analysis as a method of enhancing the effectiveness of the architecture approach, and uses this analytical method to examine changes in regional security frameworks in the Asia Pacific region. He explains why the multitiered structure has emerged in the region and clarifies the characteristics of each tier and the relationships between them.

The first tier in the three-tiered analysis comprises the alliances and security cooperation efforts based upon them. Examples include the hub-and-spoke system and security cooperation declarations between Japan and Australia and between Japan and India. The second tier involves functional cooperation efforts formed in response to a specific need. This includes both cooperation to improve security (e.g., antiterrorism and antipiracy efforts) and trust-building and problem-solving forums (such as the Six-Party Talks on North Korea). Finally, the third tier is made up of regional structures such as the East Asia Summit and the Association of Southeast Asian Nations Plus Three (ASEAN+3).

The policy implications of the three-tiered analysis are that regional cooperation is essential for dealing with new security threats such as weapons of mass destruction, terrorism, epidemics, and major disasters; and that building a framework for cooperation with a rising China is a key task for the Asia Pacific region. Although a comprehensive region-wide system (third tier) is desirable in the medium- to long-term, the priority is to build a second-tier framework for tackling specific problems first, and this is the most realistic policy response at present.

Chapter 3, by Sugio Takahashi, discusses the role of alliances within the theory of security architecture for the Asia Pacific region. The importance of alliances comes from the fact that only the US military, or an alliance with the US, has the capacity to resolve a high-intensity security crisis in the region. The Japan-US Alliance is the only one to cover the entire Asia Pacific region. Japan’s position as one half of the bilateral alliance with the United States puts it in a position to change the nature of the alliance. And the structure of the alliance between Japan and the United States has a major impact on the regional security architecture in the region.

The mobility and intelligence functions of alliances are extremely useful in dealing with security issues arising from the intermediate gray area between time of peace and contingencies, such as terrorism, piracy, and ethnic conflicts. This is another reason to strengthen military cooperation. It is also important to improve coordination between cooperation involving the allied countries and the various spokes (first tier) and functional cooperation efforts at the regional level (second tier).

In Chapter 4, Yasuyo Sakata employs the concept of architecture and the three-tiered method of analysis to examine the architecture of security cooperation in Northeast Asia and discusses the task of designing a new security system.

In addition to the United States’ bilateral alliances with Japan and South Korea, the first tier in Northeast Asia includes the cooperative framework consisting of Japan, the United States, and South Korea, created to deal with problems related to North Korea. Yasuyo Sakata points out that strategic dialogue and cooperative ties between China and these three countries have been exerting an influence on the alliance relations at the first tier in recent years.

In Northeast Asia, the second tier includes the framework of the Six-Party Talks and trilateral cooperation between Japan, China, and South Korea. At present, no system is in place that corresponds to the third tier. Yasuyo Sakata proposes that a third-tier system could be created through the Six-Party Talks and Japan-China-South Korea trilateral framework, based on cooperation between Japan, the United States, and South Korea. She also argues for the need to consider coordination with such structures as the East Asia Summit (EAS) and the ASEAN Regional Forum (ARF).

In Chapter 5, Takeshi Yuzawa examines third-tier regional systems such as Asia-Pacific Economic Cooperation (APEC), ASEAN Regional Forum (ARF), ASEAN+3, and the East Asia Summit (EAS) as structural elements of the Asia Pacific security architecture and discusses the aims and roles of each and their relations with other tiers.

If the purpose of the third-tier regional systems is to maintain and strengthen the existing order, he says, then they deserve credit for the role they have played in achieving this end. But at the same time he points out that the ARF, created as a framework for cooperation, cannot break free of the dialogue framework. The main cause is that the ARF employs the ASEAN-style consensus-based approach and the principle of noninterference in members’ internal affairs.

With regard to the relationships between tiers, the chapter points out that although coordination is being achieved between these regional systems and the second-tier functional cooperation, the ARF and the first-tier bilateral alliances remain in competition with one another. The competition stems from the distrust between China and the United States, which has increased as the United States has strengthened its bilateral alliances in response to China’s rapid and non-transparent military expansion. The distrust between the two countries has made it difficult for the ARF to deal with the issue of security cooperation.

From a policy perspective, making progress on this issue and building a regional security architecture will require countries in the region—particularly China—to share a consensus on the current US-centered regional order. This will require the establishment of regular working-level cooperation with China as well as the promotion of dialogue between key countries in the region at the head-of-state and ministerial level (particularly foreign ministers and defense ministers).

In Chapter 6, Masayuki Masuda discusses the relationship between China’s regional security design and the Shanghai Cooperation Organization (SCO). When it comes to the security environment in the Asia Pacific, China does not share the understanding of Japan, the United States, or the Southeast Asian countries. As a result, there is little room within China’s regional security design for security cooperation centered on the United States.

The SCO is the first regional organization created under the Chinese initiative and China plays a leading role within it. Based on the concept of a “harmonious world” proposed by Chinese President Hu Jintao, the SCO was conceived to promote multilateral regional cooperation and international exchanges, taking into consideration the geopolitical balance.

The SCO aims to cooperate with international organizations to address specific problems. In addition to expanding the number of associate members admitted with “observer” status, the organization is also grantng "dialogue partner" status in an effort to build a structure for external relations with key nations outside the region, including the United States, Japan, the North Atlantic Treaty Organization (NATO), and the European Union (EU).

The report concludes with seven proposals for Japan’s security policies. The key when designing regional security architecture for the Asia Pacific is the approach taken with regard to China as an emerging power. As Masayuki Masuda argues in Chapter Six, the success or failure of the security architecture will hinge on the success of efforts to bring China into the US-led framework as well as the response of Japan (and the United States) to the China-led framework.

The above outline gives a brief summary of the report. The true value of the project will depend not only on whether the architecture-based approach described here can help to achieve analyses of the current situation that were beyond the reach of previous approaches, but also on what sort of concrete policy proposals it generates. This is the challenge we want to tackle next.

The next project will propose how Japan should respond to security concerns associated with the rise of China. It is increasing clear that the existing approach of a “mutually beneficial relationship based on common strategic interests” is not sufficient. A new approach should be built upon balancing of hedging, competition and cooperation with China in bilateral, regional and global contexts.

While a forthcoming report, a proposal on Japan’s security strategy toward China, will be published in English in its entirety, an English translation of Chapter 6 of the current report, titled “China’s SCO Policy in the Regional Security Architecture,” is provided here for non-Japanese speakers’ convenience. 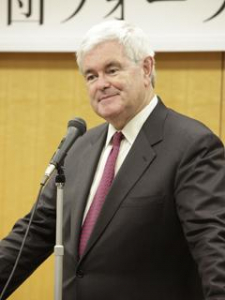 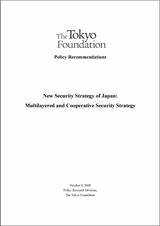