For years now, Japan’s glacial progress in the direction of socially responsible investment (SRI) has made the country a holdout from global trends and threatened to turn it into an isolated “investment Galapagos.” But that may be about to change. In the wake of recent reform initiatives, Japan—like Europe and North America—is about to embark on a new era of SRI spearheaded by institutional investors.

This is not to suggest that responsible investing is a new concept in Japan. In fact, the beginnings of the movement go back to 1999, which witnessed the establishment of multiple “eco-funds” committed to investment in environment-friendly businesses. By December 2007, the value of these funds’ equity investments had reached ¥1.12 trillion. But the global financial crisis of 2008 abruptly brought that trend to a halt. By March 2015, the assets under management by eco-funds had dropped to ¥242 billion, just over a fifth of their peak value. Although the overall volume of stock market trading has jumped since 2012, boosted by Prime Minister Shinzo Abe’s expansionary policies, there has been no sign of a similar recovery in responsible equity investment.

To be sure, Japanese investment in social impact bonds has increased sharply since 2008. Investment in these instruments—which are used to fund social initiatives, such as child immunization and micro-financing in developing countries or water management in the Asia-Pacific region—was valued at ¥623.8 billion in March 2015, about 2.5 times the value of SRI assets invested in the stock market. Even so, investment in both categories combined amounted to just ¥891.8 billion, well below the peak recorded back in October 2007.

The Global Sustainable Investment Review divides SRI into seven strategies. [1] In dollar terms, the category of SRI that experienced the greatest growth between 2012 and 2014 was “ESG integration,” also known as “ESG investing,” in which environmental, social, and governance factors are considered alongside companies’ financial data. ESG investing more than doubled during those two years from $5.94 trillion to $12.85 trillion. One of the key factors driving the growth in ESG investing was the 2006 release of the Principles for Responsible Investment under the leadership of the UNEP Financial Initiative and the UN Global Compact. The signatories to the PRI commit themselves to ESG investing by following the guidelines for investment analysis and decision-making set forth in that document. As of June 2, 2015, there were 1,395 signatories—of which 32 were Japanese organizations—consisting primarily of pension funds, investment managers, and investment information services. In 2014, the PRI signatories managed assets in excess of $45 trillion.

Pension funds control more assets than any other category of investors worldwide, and 10 of the world’s 20 biggest pension funds have already signed the PRI. Among the global top 20 are 3 huge Japanese funds, but none of these have signed thus far. If they did, the combined assets of the PRI's pension-fund signatories would amount to 76% of the world’s top 20 funds.

The limited scale of SRI in Japan is a function of the lack of participation by institutional investors; most sustainable investment assets in Japan are individually owned. In this sense, Japan contrasts sharply with Europe, where public pensions have driven the SRI movement.

In 2013, the Japan Sustainable Investment Forum distributed questionnaires to more than 2,000 Japanese pension funds in an attempt to quantify institutional investors’ thinking on ESG investing. Unfortunately, only 46 of those funds returned completed surveys. Nonetheless, the results were illuminating.

To begin with, they suggested a surprising awareness of the importance of ESG efforts by private companies. When asked about the importance of ESG factors at the corporate level, a full 100% responded either “yes, they are important” or “they are becoming important.” With regard to the impact of ESG factors on corporate value and stock prices, 98% answered either “they have already had an impact,” “they could have an impact henceforth,” or “they will become increasingly important.”

On the other hand, a mere 7% of respondents reported that their funds had begun factoring ESG into their investment decisions. Asked what prevented them from pursuing such policies, 45% replied that they had “little opportunity to build real knowledge and understanding of ESG investing,” while 33% admitted that it had never even come up for consideration. More than 50% expressed interest in JSIF seminars on the topics of “socially responsible investment and the difference between SRI and ESG investing,” “practical approaches to ESG investing,” and “trends in the integration of financial and nonfinancial corporate data and their significance for investing.”

On the basis of these results, we concluded that JSIF and its members needed to work harder to promote ESG investing. At the same time, the failure of so many pension funds even to consider ESG investment options suggested a fundamental lack of interest or initiative on their part.

Fortunately, this longstanding inertia appears to be coming to an end, thanks to initiatives undertaken in the past year or two.

One milestone was the February 2014 release of the Principles for Responsible Institutional Investors—also known as Japan’s Stewardship Code—by the Financial Services Agency. As of March 2015, a full 184 of Japan’s institutional investors had put their names to the code, committing themselves to engagement (purposeful dialogue) with investee companies. Meanwhile, the Corporate Governance Code, which entered into force on June 1, 2015, calls on companies to adopt and implement proactive governance to enhance accountability to stakeholders, and facilitate swift and effective decision-making.

The new guidelines grew out of the current government’s Basic Policies for Economic and Fiscal Management and Reform. These revitalization policies, adopted by a cabinet decision in June 2013, spawned a slew of reform initiatives. An expert panel drew up recommendations to introduce more sophisticated principles and methods into the management of the Government Pension Investment Fund (GPIF). The Financial Services Agency set to work drawing up Japan’s Stewardship Code. The Ministry of Economy, Trade, and Industry forged ahead with projects geared to governance and investment reform, including the Corporate Reporting Lab and the so-called Ito Review (“Competitiveness and Incentives for Sustainable Growth: Building Favorable Relationships between Companies and Investors”), which published its final report in August 2014. The Ministry of the Environment also launched an initiative in support of ESG investing. The GPIF subsequently commissioned a study on stewardship responsibilities and approaches to ESG investing, and in the medium-term (five-year) plan released in April 2015, the fund announced that it would begin examining options for considering ESG factors along with financial data to ensure returns when investing in the stock market.

As the foregoing illustrates, the Japanese government has made considerable progress with programs to encourage SRI in conjunction with the prime minister’s Abenomics program for economic growth. This has fostered high expectations—both within Japan and overseas—for a sea change in Japanese investment practices.

With the global advance of SRI and the advent of Japan’s Stewardship Code calling for dialogue between corporations and institutional investors, there is an urgent need for Japanese businesses to rethink their approach to the disclosure and reporting of corporate data. The key challenge is to bring their practices into conformance with global reporting standards and expectations.

The current trend in corporate disclosure is integrated reporting, which combines financial data with indicators of sustainability and social responsibility. While the number of Japanese companies embracing integrated reporting is on the rise, the quality and content of their reports—even many of those singled out for praise in Japan—are rarely such as to meet the expectations of overseas investors. While adopting the basic IR approach, they tend to omit or gloss over categories that are required by foreign investors, including water use, biodiversity impact, responsibility to customers, supply-chain impact, and tax payment. To meet the expectations of foreign investors, Japanese companies need to spend as much time as it takes to improve their reporting in these areas.

People sometimes ask me to name some companies that do a particularly good job when it comes to disclosing corporate information. Overseas, Unilever, BMW, Nestle, and Intel are among the businesses most frequently praised for the quality of their reporting. Among Japanese businesses, Omron receives consistently high marks, and the Lixil Group deserves mention for the clarity of its reporting. In the area of governance—typically a weak point of Japanese businesses—I would cite the example of Konica Minolta, which demonstrates that Japanese companies, too, can successfully incorporate Anglo-American systems of corporate governance.

Hitachi and Toshiba are also good at disclosure, though from a different standpoint. Both of these companies have accumulated a wealth of data in various categories spanning a number of years, organized it, and made it easily accessible on their websites. The information attests to a sustained and serious effort on their part.

“Conciseness” is one of the qualities emphasized in the International Integrated Reporting Framework, and Japanese companies have been quick to zero in on this term. What they need to realize, however, is that “concise” in this context means “to the point,” not “as brief as possible.” European companies tend to disclose far more information than their Japanese counterparts, and their integrated reports are typically much longer. Even so, they are easy to absorb. It seems to me that a foreign investor accustomed to such reports would find the integrated reports of most Japanese companies vague, lacking in detail, and suggestive of a half-hearted commitment. This is a major issue for corporate reporting in Japan.

The Role of the Financial Sector

Why have ESG issues assumed such a high profile in the contexts of investment and corporate management? As I see it, there are three basic underlying factors. One is the fact that the corporate and financial sectors have come to play the leading roles in our capitalist economy. The second is the fact that, thanks to globalization, an individual business can have a greater impact on a given society—particularly in the emerging markets—than national policies and programs. And the third is the fact that many investors and business leaders, chastened by the devastating impact of the 2008 financial crisis, recognize the danger of focusing on short-term profits and the need to adopt a more sustainable, long-term approach.

Such are the forces behind the growing calls for the financial sector—particularly investors and shareholders—to adopt a long-range perspective oriented to the sustainable growth of business and society and for business to provide goods and services that contribute to the international and regional community while pursuing strategies conducive to long-term growth.

Humanity is facing a host of urgent problems in the twenty-first century, including rising carbon emissions, deforestation, the deterioration of ecosystems and decline in bioproductivity, a decline in biodiversity, the growing list of endangered species, growth in global water demand, water scarcity due to economic activity, food shortages, the depletion of marine resources, the impact of global population growth, energy security and supply concerns, economic development and urbanization, and growth in consumption.

According to “eco-footprint” calculations published by the World Wide Fund for Nature, if everyone in the world lived as the average resident of Japan does, it would take two earths to sustain them. For everyone on the planet to live like the average American, we would need five and a half earths. The inhabitants of the developed world are already taking far more from the earth than the planet can provide, and the developing world and future generations will end up footing the bill for their extravagance.

In their investment and business decisions, investors and companies must act on their moral responsibility and reject the kind of behavior that eats into the assets of future generations or saddles them with negative assets. This is why public pensions in Europe and elsewhere have actively embraced SRI. The time has come for Japanese investors and businesses to assume the role of global citizens and start thinking seriously about their raison d’être and the impact of their actions on future generations. 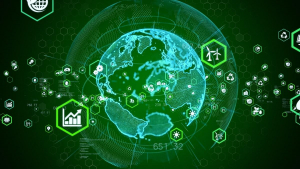 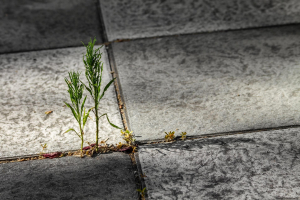