Journey of the Soul to Nurture Future Leaders

Future leaders of Asia gathered in Orissa, India, to share experiences and ideas on problems facing Asia. Muhammad Ilham from the University of Indonesia participated in “Building a Better Asia,” which is a biannual retreat for recipients of Sylff and other scholarships from the Nippon Foundation. The purpose of the dialogue was to nurture the leaders of Asia and to build a brighter future for Asia.

The purpose of this article is to express my feelings and thoughts about the BABA V Retreat. Conducted in Orissa, India, from February 8 to 14, 2009, this event brought together representatives from various countries in Asia and descendants of Asians around the world who felt it was their concern to build a better Asia and a safer world. The Nippon Foundation, as the initiator/organizer, selected former and current scholarship fellows to sit down together to share experiences and ideas on problems facing Asia these days. Present at the event were 20 participants and two facilitators, of whom at least eight were Sylff fellows. Several resource persons also contributed to this event. This initiative is a pinpoint effort given the current situation in which Asia is still full of problems. As the world economy declines, countries in Asia are the focus of greater attention with all of the potentials this region has... Read more (link to the Tokyo Foundation's SYLFF official website) 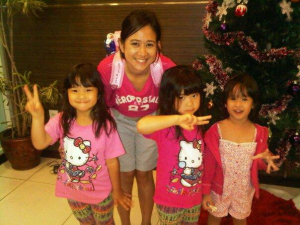 Japan Is as Strong as Ever