The Ainu, an indigenous people who inhabited the northern part of Japan and part of Russia, produced sacchep , made by drying salmon, as a preserved food and as a commodity from more than 500 years ago. They were deprived of freedom and the right to live in the old way for centuries, and many traditions have been lost. But the Ainu Museum has begun making salmon sacchep again, giving momentum to efforts to preserve Ainu culture.

The Ainu people were the original inhabitants of Hokkaido, the Tohoku region, and the Chishima (Kuril) Islands of Japan, with a language of their own and a rich culture of oral literature, ritual traditions, and fabric patterns. They looked upon things of use to them or beyond their control-such as nature, creatures, and plants-as kamui (gods), and referred to humans as opposed to them as ainu .

As hunters and gatherers, the Ainu largely relied on nature for subsistence. They obtained food, critical for human survival, by hunting, fishing, gathering wild plants, and farming according to the season. The foodstuffs obtained in these ways were largely preserved in one form or another.

Salmon, in particular, was a crucial food and kamui for the Ainu. This is observable from the wealth of stories, songs, and place names relating to it and the existence of special rules regarding salmon fishing. When the Ainu founded a new kotan (village), they would choose locations near a river or a coast, where food and potable water were easily available and which were relatively immune to natural disasters. But the most favored places were along rivers known for runs of salmon.

Mashiho Chiri, an Ainu language linguist from Noboribetsu, Hokkaido, who studied at Tokyo Imperial University (now the University of Tokyo) under the renowned linguist Kyoichi Kindaichi and whose sister, Yukie Chiri, published a collection of Ainu divine songs, compiled a dictionary of animal-related Ainu terms. The dictionary devotes more than 10 pages to terms related to salmon: There is a different name for salmon by season, by whether they are in the sea or in rivers, by stage of development, by sex, by size, and so forth. This demonstrates the importance of the fish to Ainu life.

It follows that we first need to learn about what salmon was for the Ainu people before we can begin discussing salmon sacchep . Below is an excerpt from Chiri's writings.

"The origin of the word chiep , which signifies 'fish,' is chie-p , meaning 'thing we eat.' Fish were also called ipe . Thus, eel is tan-ne-ipe ('long fish'), trout is sak-ipe ('summer fish'), and salmon is chuk-ipe ('autumn fish'). Ipe likewise meant 'food.' The fact that words originally referring to food in general came to be used as fish names is highly suggestive. It tells us that there was a time when fish were the staple food of the Ainu. When I say that fish were their staple, I do not mean all fish; rather, they principally ate a specific kind. And as for what that fish was, etymological evidence points to salmon.

"That the Ainu refer to salmon as 'divine fish' and 'true fish' akuo Yamamaru lso suggests that they used to regard this fish as their staple food, and that this led them to treat salmon respectfully as something special and different. In all likelihood, Ainu fishing began in the rivers, and their first catches primarily consisted of salmon. The Ainu expected famine in years when the salmon did not climb the rivers, a reasoning that makes full sense only when seen against this historical backdrop."

Thanks to the high availability of salmon, techniques of preservation developed early on. Along with kelp and herring, sacchep is mentioned as one of the three trade commodities of Ezo -chi, the northernmost of Japan's four main islands that is now known as Hokkaido, in the oldest available historical documents dating to the fifteenth century. More than just another preserved food for the Ainu, sacchep clearly was a commodity connecting them with people of other areas.

Sacchep was thus produced as a preserved food and as a commodity from more than 500 years ago. According to Miyuki Muraki of the Ainu Museum, records indicate that as many as 2,000 sacchep used to be made in a single household. But those in the know suspect that nowadays the only place that makes sacchep in the old-fashioned manner is the Ainu Museum in Shiraoicho, Hokkaido.

After Japanese settlers set foot on Ezo-chi, various Ainu customs were banned in attempts to assimilate the Ainu. Come the Meiji era (1868-1912), the new government renamed the island from Ezo-chi to Hokkaido and created family registers for the Ainu as "commoners." But at the same time, it continued to discriminate against them as kyu-dojin (former aborigines). Subsequent Hokkaido history saw the introduction of policies effectively prohibiting Ainu language and practices and forcing the Ainu to become Japanese. In 1899 the Japanese government enacted the Hokkaido Former Aborigines Protection Act aimed at assimilating the Ainu people into mainstream Japanese society. The act would not be repealed for 98 years, until 1997.

Despite several centuries of stolen freedom and difficulty maintaining the old lifestyle and foodways, some families have continued to use traditional ingredients by trying out new ways of cooking and flavoring. Some people have also resumed the production of preserved foods that they used to make many years ago. But sacchep requires cold winds and facilities with open hearths, and individuals making it today must be very few, if any, as the Ainu people today live perfectly modern lives.

The Ainu Museum began producing salmon sacchep for a number of reasons. One, it wanted to preserve the custom as a traditional aspect of Ainu culture, and two, it already had the environment needed to make it, as wood was being burned in the hearth every day in its chise (thatched-roof houses) to improve their durability. It also needed to find a new way to help fund its operations, which relied on admission income. Finally, many visitors who saw the sacchep on display expressed an interest in actually eating it.

The museum thus revived salmon sacchep production in a new form about 10 years ago. The product is currently made nowhere else, but there is no doubt that the endeavor is a big step forward in preserving Ainu culture. Many people become repeat buyers of the food, which requires a good deal of time and effort to produce, and demand is rising by the year. Salmon sacchep certainly deserves to be called a "treasure of food."

Sacchep is the name for dried salmon made by the Ainu. There actually are two kinds-those that are cured with salt and those without-which differ from each other in various other ways, from how the fish is cut to how they are used. Salt curing was generally not practiced in the old days; salt is said to have been used primarily when shipping large quantities of fish from Japanese fishing grounds. For the most part, the Ainu preserved salmon by drying or freezing without adding salt.

The Ainu Museum makes salmon sacchep in the following manner, based on information gathered from elderly Ainu.

1. Around 4,000 salmon are preprocessed between September and October, when salmon fishing season begins. Male salmon landed on the Shiraoi Coast are gutted and stuffed with salt; using just the right amount of salt is tricky.

2. The salted salmon are refrigerated for about a month until late November or early December, when the salt is rinsed off and the salmon are tied with rope in pairs.

3. In the beginning of December, the salmon are hung from large outdoor drying racks or along the eaves of chise (thatched-roof houses) and exposed to the cold winter wind.

4. Between mid- and late February, the air-dried salmon are hung from the beams inside the chise , where it is smoked daily by the fumes rising from the open hearth.

5. The sacchep is ready around April, when the skin is rock hard and the meat is fully matured.

Today, unfortunately, salmon sacchep is made in the above manner only at the Ainu Museum. It is distinct from other similar foods made by seafood processors-such as dried salmon known as toba and smoked salmon-due to its unique production process. Seven months go into its production, and only salt is used.

Sacchep making ceased for several reasons. The assimilationism of the modern era and onward led to widespread denial of traditional Ainu culture. Also, the lifestyles of present-day Ainu are no different than that of mainstream society, absent of the open hearths without which sacchep cannot be made. Moreover, fishing rights limit the salmon that Ainu people can fish to a very small amount. In the case of the Ainu Museum, it is able to get hold of large quantities at port price because the fisheries association of Shiraoicho is on its board and because the museum itself has a brokerage license.

Before the Ainu Museum began production on a major scale, salmon sacchep was simply one of the items displayed in its thatched-roof houses. The museum set out to commercially produce sacchep in response to strong demand from visitors and as a source of capital for its maintenance and operation. It interviewed fishers and elderly Ainu to faithfully reproduce sacchep as it was once made.

Shiraoicho has long been a pioneering fishing town, notable for its salmon fishery, and many Ainu descendants live by the sea. The Ainu lived both by the sea and in the mountains, but salmon was the staple diet for both groups. Regional differences existed, however, in climate, preservation method, and the frequency at which it was eaten. The mountain kotan (village) of Akan did not make sacchep , presumably obtaining the product by barter with coastal people. Sacchep thus appears to have been produced primarily by coastal Ainu.

Agricultural writer. Interviews local people in agricultural villages and writes stories on them to inform the public, primarily focusing on her native Hokkaido. 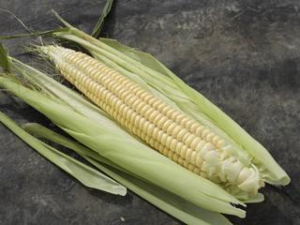