Of the wide variety of noodles of Japan, among the most popular is a thick wheat flour noodle called udon . But today most of the wheat used to make udon is imported from Australia. In Kagawa Prefecture, the biggest producer and consumer of the noodle, a new variety of udon wheat has been developed and is beginning to be used by local eateries.

Long History of a Long Food

Udon has for centuries been one of the favorite foods of the Japanese. Wheat has been cultivated in Japan since ancient times, and a noodle known as muginawa was introduced from China around the eighth century. According to Akio Yamano of the Japan Udon Association, the word udon may have been an alteration of konton , the name of a Chinese treat made by boiling flour-wrapped bean paste. In the Sanuki region of Kagawa Prefecture, it is also told that the monk Kukai acquired udon- making skills at temples in China, where he had been studying, and brought them back to his native Sanuki in the ninth century.

Come the twelfth century another monk, Enni, returned from China with drawings of a hydraulic flour mill. The technology then appears to have spread eastward from Hakata, where he settled. Wheat came to be grown primarily in the fertile lands of western Japan as a double crop in paddy fields, and local specialties made by kneading flour were invented across Japan. These were not necessarily noodles but also included other types of dishes, such as a variety of dumpling soups. Udon was especially popular in western Japan, and even as soba (buckwheat noodle) shops took the capital city of Edo by storm in the east, udon shops continued to outnumber soba shops in the Kansai region in the west.

But the udon of today is not nearly as Japanese as it may seem: nearly 90 percent of the flour used in udon is imported from Australia. Australian udon flour is the result of 30 years of efforts by Australians to develop the best wheat for making udon flour. Despite not having had a custom of eating udon , through repeated tastings Australians developed wheat that produces udon with body, as the Japanese prefer. Highly popular udon eateries serving Sanuki-style udon all concur that Australian flour is easier to handle and also produces more body than domestic flour does.

Sanuki udon is a particularly thick and springy variety of udon produced in Kagawa Prefecture. Ryoichi Yoshihara of Kagawa-based Yoshihara Flour Milling Corp. remembers his surprise on returning home to Kagawa after many years.

"I had worked in the city as a system engineer for eighteen years. When I came back, the local dark-colored wheat flour had disappeared, and 'whites' from Australia had totally taken their place." Local flour used to be brownish because they were stone ground whole, including the husk.

Why has Japan come to rely so much on imported wheat? The answer largely lies in the American surplus wheat that Japan was forced to import following World War II. This led to the decline of domestic wheat production until the 1970s, when it was once again promoted as part of the government's rice acreage reduction policy.

But even as wheat ceased to be grown in other areas, its production continued to rise in the Sanuki region, peaking in 1961 at 53,600 tons. Then, two years later, the tide turned. A long spell of rain at harvest time devastated the wheat. With the advent of a period of high economic growth, moreover, many young people left the rural communities. To make matters worse, major milling companies began stepping up imports of Australian wheat, and small millers across Japan went down in close succession.

Birth of a Local Wheat Brand

In the 1990s the Kagawa Prefectural Agricultural Experiment Station set out to develop udon flour that can compete with Australian flour. The prefecture, along with local noodle manufacturers, milling organizations, and others concerned by the gradual disappearance of Kagawa flour, launched a study group for the development of udon made with Kagawa-grown wheat flour. In 2000, a local variety of wheat called Sanuki no Yume 2000 was born.

Kagawa Prefecture has published a list of nine top-class udon shops that specifically use Sanuki no Yume 2000. This is an extremely small number considering that the prefecture is home to around 900 udon eateries. But with prices of imported flour soaring, more shops can be expected to join the list.

Flour made from the new local variety produces smooth, springy noodles with a fine savor and aroma. The downside is its low protein content, which makes it trickier than Australian flour and therefore unsuitable for busy, efficiency-oriented eateries. It is the protein that brings out gluten, the substance responsible for the noodle's chewy texture, when flour is kneaded with water. Sanuki no Yume 2000 contains about 1 percent less protein than Australian wheat, so it cannot produce as much gluten as the latter. Because of this, the noodles may come out fragile if the dough is not worked well enough or if the right amount of water is not added. By contrast, Australian flour consistently produces highly elastic noodles, even with dough prepared the night before or a bit of variation in the water-to-flour ratio.

Seen from a different perspective, it could also be said that udon shops rooting for the local wheat variety are those that pride themselves in traditional udon -making skills and do not value efficiency above all else.

"Since the low gluten content makes the noodle delicate, I give the dough extra salt to tighten it up," says Yoshio Igawa of Yasoba-an, one of the top udon shops designated by Kagawa Prefecture. "And then, when I cook the noodles, I need to boil them a bit long to draw out the salt." Moreover, Igawa begins boiling the noodles only after receiving each order.

A half-hour drive from Takamatsu, the prefectural capital of Kagawa, is a town called Sangawamachi. Here, dazzling fields of wheat spread against a backdrop of green hills. The song of larks fills the fields, and yellow-gold ears of wheat gently sway in the wind.

For many years Toshikazu Tada farmed on the side while working at a manufacturer of agricultural machinery. But now that he has retired and can use his time more freely, he has signed himself up as the leader of a community farming group. The group's small prefab office, built among the wheat fields, bears a sign that reads "Tenno Farming Group Office." The group began engaging in community farming in 1998, and in 2006 it was incorporated by 19 members owning 20 hectares of farmland.

The members decided to form a corporation for two reasons. The first was to take advantage of a new measure introduced in 2006 (applicable from the 2007 harvest) in which private farms of 4 hectares or more and agricultural groups of 20 hectares of more are eligible for subsidies. The second reason was to replace manual labor with efficient farming methods that young people could take up with relative ease. Although the fuel for combines is expensive, Tada explains that the group has been able to pay the costs by communally using larger-than-average combines, thereby ensuring a high rate of operation.

The Tenno Farming Group engages in double cropping. The members plant rice in their fields around June 20, after harvesting the Sanuki no Yume 2000 wheat. The rice is of a local variety for sake brewing called Sanuki Yoimai, which they began growing several years ago in place of the popular Koshihikari brand. It is ideal for double cropping with wheat, as the seedlings are planted later than those of Koshihikari rice. Harvesting has also become easier. Unlike Koshihikari, which has to be harvested in the height of summer, Sanuki Yoimai is reaped in the fall after the summer heat has subsided.

But there is a twist to the story. As Tada wryly says, "In fields where we don't grow wheat, we plant Koshihikari seedlings in early May, and then soybeans after that. So we end up working all year round and all day long, after all."

Sanuki no Yume 2000 is not an indigenous variety but an improved variety that has been developed to suit contemporary tastes in udon noodles. Its advantages lie not only in the flavor and texture of the end product. It is also easy to grow, with low-growing stalks that are resistant to lodging.

The acreage of Sanuki no Yume 2000 wheat in Kagawa Prefecture surged from a mere 23 hectares in 2001 to 1,086 hectares, yielding between 2,000 and 3,000 tons, in just three years. Still, this production figure is slight compared to the 1961 peak of more than 50,000 tons in Sanuki alone. And some say that, considering the plunge in farm numbers and the limited amount of remaining farmland, there may not be much space left for further growth.

The future of current wheat farms is also cloudy. Over 70 percent of the income of wheat farmers, including Tada, derives from government subsidies. The subsidies serve to offset the difference between the prices of imported and domestic wheat, thereby protecting domestic producers. But given the fiscal situation, there is no knowing when the subsidies will stop coming.

Notwithstanding all this, Ryoichi Yoshihara is optimistic. From the flour miller's standpoint, he is hopeful that the recently launched program of exclusively subsidizing genuinely motivated young farmers will encourage the growth of a new generation of self-supporting agricultural professionals.

Yoshihara Flour Milling Corp. uses Swiss milling machines to mill the domestically harvested wheat. Large foreign particles, pebbles, and dust are first removed. Metallic objects are also removed using magnets. Next, water is added to make the hulls come off easier, and the grains are ground. After being allowed to stand for a while, the semiprocessed flour is ground down further through multiple rollers and sifted; this process is then repeated. As many as 50 steps are involved in the milling process, the end result of which are varying kinds of finely ground wheat flour for varying purposes.

Kagawa Prefecture boasts by far the highest consumption of udon in Japan. At one time, around 3,000 udon eateries crowded the prefecture. Although the glory days of Sanuki udon may have ended, there still are about 900 eateries.

The immense popularity of udon in the Sanuki region probably owes itself to the local availability of all basic ingredients. Salt fields were a common sight in Kagawa Prefecture along the coast of the Seto Inland Sea until the government established a monopoly on salt. Salt and wheat, two local specialties, together gave birth to high-quality soy sauces, such as Kamebishi Shoyu and Shodoshima Shoyu. Also in the prefecture is Ibuki Island, the waters of which offer abundant catches of baby sardines. These sardines in dried form, locally known as iriko , are used to make the broth for Sanuki udon .

Nowadays the wheat used to make udon in Kagawa Prefecture hails not only from Australia but also commonly from Hokkaido. A large part of the udon produced here is shipped out as frozen food to be sold in supermarkets, bought as souvenirs, or delivered nationwide to mail order and online customers.

The three decades of teamwork with Australian producers certainly are of value. Nonetheless, only Sanuki udon made from wheat raised by local farmers can be called a local specialty in the true sense. New prospects may open up if at least half of the udon consumed in Kagawa Prefecture comes to be made with locally produced wheat. 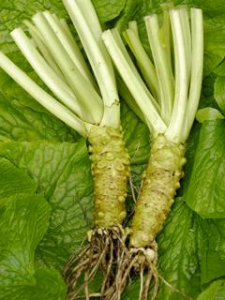