Japan since the Meiji Restoration (3): A Contextual Look at the Heisei Era

The articles in this series were compiled from contributions by members of the Political and Diplomatic Review project to the January 30, 2018, forum on “Japan since the Meiji Restoration,” held to reassess the 150 years since of the start of Japan’s modernization. In Part 3, Taizo Miyagi focuses on Japan’s political path during the three decades of the Heisei era in the context of international trends.

Today I would like to explore two topics as they pertain to the 150-year arc of modern Japanese history since the Meiji Restoration (1868) and to our current, Heisei era (1989- ), now in its thirtieth year. The first is the impact of international affairs on domestic politics, and the second is Japan’s position within the East Asian region.

Ever since the mid-nineteenth century, international affairs have exerted a decisive influence on political developments within Japan. The threat from the industrial West, symbolized by the arrival of Matthew Perry’s “black ships” in 1853, helped precipitate the fall of the Tokugawa shogunate and the rise of the Meiji government. The multilateral treaties and pacts concluded during the Washington Conference of the early 1920s helped to stabilize the Asia-Pacific order and facilitated the rise of a stable two-party parliamentary system in Japan during the second half of that decade. By contrast, the global instability of the early 1930s fueled the rise of right-wing “reformist” elements within the military.

After World War II, Japanese party politics congealed into a static configuration loosely reflecting the global Cold War system. On one side, the conservative, pro-American, pro-business Liberal Democratic Party was founded in 1955, which controlled the government continuously until 1993. On the other side was the opposition Japan Socialist Party (later renamed the Social Democratic Party of Japan), which advocated a peaceful transition to socialism and a neutral foreign policy. This “1955 system,” as it is known, persisted until 1993, shortly after the end of the Cold War.

In contrast, the post-Cold War years, corresponding roughly to the Heisei era, have been a period of political realignment and shifting coalitions. Looking closely, we can see that many of these shifts pivoted on security issues and the constitutional questions they raise. The left-centrist opposition alliance between the JSP, Komeito, and Democratic Socialist Party splintered over the 1992 International Peace Cooperation Law (permitting limited participation by Japan’s Self-Defense Forces in UN peacekeeping operations). The North Korean nuclear crisis of 1993-94 helped undermine the short-lived anti-LDP coalition (led successively by Prime Minister Morihiro Hosokawa and Tsutomu Hata), which collapsed in June 1994. The LDP then cobbled together a coalition with the Social Democratic Party (formerly the JSP) and New Party Sakigake, which likewise ran aground over security issues (specifically, the US military presence in Okinawa). The impetus for the LDP-Komeito coalition forged in 1999 was a Diet standoff over a package of government-sponsored bills to expand the role of the SDF under revised Guidelines for Japan-US Defense Cooperation.

From the late 1990s on, with the Social Democratic Party in a tailspin, security issues emerged as a key focus of policy debate among opposition forces striving to position themselves as viable alternatives to the LDP. Ichiro Ozawa’s New Frontier Party staked out a “realistic” stance on issues of security and the Constitution, while the Democratic Party of Japan explored options for scaling back the Japan-US alliance, such as by limiting the US military’s use of Japanese bases to emergency situations. It seems safe to surmise that security issues will continue to play a pivotal role in the realignment of opposition forces henceforth.

The international situation today is fraught with uncertainty. Do the “America first” policies of US President Donald Trump represent an anomaly or signal a long-term trend? How will those policies impact the US-China relationship and the situation on the Korean Peninsula? Any major shift in the security situation surrounding Japan could have a decisive impact on the domestic political climate.

Japan in East Asia: The End of Economic Preeminence

In the wake of the Meiji Restoration, Japan set itself apart from and above the rest of Asia, modeling itself after the Western powers. Within a few decades, it had earned a position as the only non-Western country among the major powers and was building its own colonial empire to replace the Sinocentric tribute system that had dominated East Asia for centuries.

This fundamental orientation continued after World War II. Detached from the turmoil and stagnation that was holding back much of Asia, Japan worked single-mindedly to achieve economic parity with the industrial West. By the 1970s, it had emerged as the world’s second largest economy and Asia’s only economic power. In fact, until fairly recently, this descriptor was central to Japan’s identity.

But Japan’s unchallenged regional preeminence is a thing of the past; over the last 20 or 30 years, China and other rapidly developing Asian countries have closed the gap. In this sense, the Heisei era has marked a dramatic change in Japan’s regional status. After a century as East Asia’s unchallenged economic and industrial leader, Japan has become just one of several important regional powers.

To lament the “fall of Japan,” as some pessimists are inclined to do, misses the big picture. Japan still has one of the largest economies in the world, and its living standards rank near the top. The reason the Japanese economy no longer looms so large in the region is simply that the region as a whole has made rapid progress in recent years. In fact, Asia’s overall growth and dynamism presents a tremendous economic opportunity for Japan.

Still, we should not be surprised if some elements of the public view the decline in Japan’s relative status with mixed emotions. Political leadership can play a critical role in keeping such feelings within bounds.

This is particularly important when it comes to historical and territorial disagreements with our neighbors. These hot-button issues have a tendency to fuel nationalistic sentiment on both sides and can easily escalate into damaging disputes. We should remember, also, that our American allies or others outside the region may not share our interest in these issues. Steady, level-headed leadership will be more critical than ever as Japan adjusts to its new role in the East Asian region. 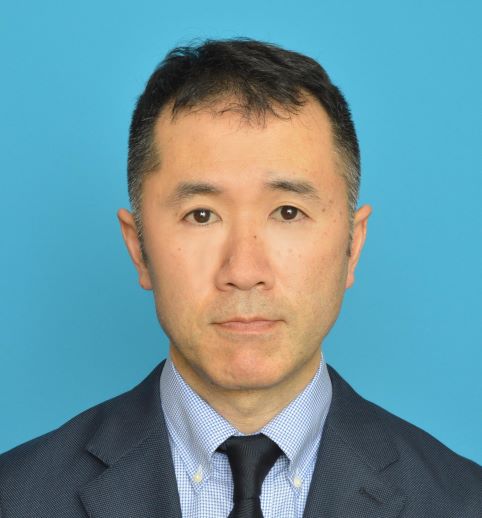