Th is paper, presented at a conference on “ East China Sea Tensions: Perspectives and Implications ” hosted by the Maureen and Mike Mansfield Foundation in Washington, DC, in February 2014, is reprinted here with the permission of the Mansfield Foundation. The program brought together leading experts from government, defense, academia, and NGOs from Japan, China, and the United States for private and public discussions in Washington and Tokyo.

Ocean governance is, without doubt, a crucial issue requiring close examination in light of the implications of growing maritime tensions in East Asia. In this context, there have been several developments in recent years that have seriously affected Asian maritime security. They include territorial disputes in the area, the entry into force of the UN Convention on the Law of the Sea (UNCLOS), advances in maritime resource exploitation, and an ongoing power shift in the region.

Secondly, UNCLOS was adopted in 1982 and, as of June 2011, 162 nations have acceded to it. The convention newly defined such terms as “territorial sea,” “exclusive economic zone” (EEZ), and “continental shelf.” It also established rules on the utilization, exploitation, and conservation of maritime resources. While these definitions and rules are important, positive steps, they have also given rise to new disputes and conflicts.

Countries all over the world are eager to secure maritime and energy resources, so the delimitation of EEZs and the continental shelf has become a crucial matter for them, making it difficult to reach an agreement through discussion. At the same time territorial disputes have intensified, as the EEZ is determined using the territorial base line.

Offshore oil and gas field exploitation has a long history around the world, but attention has recently focused on seas around East Asia, which are eyed as potentially having huge reserves. In addition, rare metals, rare earth elements, cobalt-rich crusts, methane hydrates, seafloor hydrothermal deposits, and noble metals are expected to be explored and developed in the near future.

Fisheries, of course, cannot be excluded from maritime resource discussions. Humans are heavily reliant on animal proteins from fish, and the seas as a source of food will become much more crucial to each country. Historically speaking, even military conflicts have taken place over fishery resources.

Fourthly, there’s an ongoing power shift in East Asia. We have seen the rise of China, India, and other Asian countries. But the focus of everyone’s attention has been China. With the world’s biggest population of around 1.3 billion, China, since 2010, has also claimed the second largest GDP.

China has aggressively been developing its maritime strategies. It attaches importance to the defense or control of the coastal, near-sea, and far-sea areas, and it has strengthened its naval powers and expanded its area of military operations. Claiming rights over vast territories and territorial waters in the South China Sea and the East China Sea, securing large EEZs and continental shelves, exploiting and developing energy and other maritime resource, and securing fishing grounds are all related to its national interests.

China seems intent on achieving effective control of the East and South China Seas, which is the area enclosed by the so-called First Island Chain. It also appears to be targeting an outer area encircled by the Second Island Chain by strengthening its military capabilities. China has tried to prevent foreign military ships and airplanes from conducting activities inside and over its EEZ. These areas are generally treated in the same way as the high seas, where the freedom of navigation is guaranteed, so the Chinese attitude has sparked a number of small but serious conflicts between China and the U.S.

China recently established an Air Defense Identification Zone (ADIZ) over the East China Sea. This has alarmed the international community, as it suggests that China seems intent on effectively controlling the air space in this area.

All of these developments are symbolic of the power shift in the region that will have a major impact on Asian maritime security.

The issues I have mentioned are all interconnected, as you are no doubt well aware. And they need to be addressed in an integrated manner within the framework of ocean governance.

Maritime resource exploitation is related to the delimitation of EEZs and the continental shelf, as defined by UNCLOS. I have learned that China understands UNCLOS very well. The delimitation problem can be resolved through the procedures outlined by UNCLOS, although China has its own interpretations of the convention and strong opinions based on its national interests. Differences between two coastal states are best settled through negotiations. Failing that, another option is to bring the issue to international courts, as some small and medium-sized countries have done. Joint development of maritime resources is an effective step toward achieving a final resolution

But any delimitation ruling can have serious repercussions on territorial disputes. So while territorial disputes involving many countries may be impossible to resolve through negotiations, the concerned states must nonetheless explain the grounds for their territorial claims based on international law. The explanations made by some coastal states in the South China Sea, such as those regarding the nine-dotted line, do not seem to adhere to international law. This is an area where the international community can enhance its engagement. After all, this could seriously affect the freedom of navigation in the East and South China Sea, which is a matter of common interest to the global community.

The ongoing power shift is a more difficult issue. I believe China began focusing on controlling the East and South China Seas out of its own security concerns. But now this objective has become part of a maritime strategy to expand its presence and accelerate the power shift. China is now showing greater interest in waters encircled by the Second Island Chain and also the outer sea, possibly hoping to divide control of the Pacific Ocean with the United States. This would be one manifestation of the new type of major power relations that China is seeking with the U.S.

This can have a negative effect on delimitation decisions and territorial disputes, as China has increasingly been using its military and paramilitary might to assert its will. An arms race is emerging in Asia, which could undermine the peace and stability of this region.

This is a challenge that can and should be met with U.S. involvement. China is beginning to pose even a military threat to the United States. It may be difficult to stop China from becoming a major military power. But it is very important that China be made to recognize that it cannot get its own way by throwing its military weight around. This is where the international community, with the U.S. at the core, has a crucial role to play.

China’s use of military or paramilitary power to prevent non-coastal states from undertaking military activities in its EEZ should be discussed in a different way. This is an issue that is closely related to China’s national security and interpretations of the relevant UNCLOS articles. It may be possible to introduce new guidelines for military activities in other countries’ EEZs in order to reduce the risk of a military clash.

We must re-embrace the UNCLOS framework and steadfastly uphold international law, confronting maritime issues, territorial disputes, and delimitation problems in East Asia from this point of view. As such I would strongly hope that the U.S. will ratify UNCLOS as soon as possible.

The use of military and paramilitary forces should be discouraged through their more effective management by the United States and the international community. China can and will then realize this goal to be in their common interest. 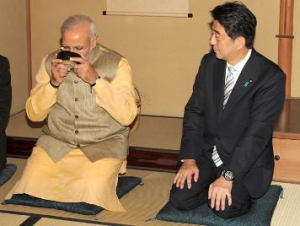