The visit to Pearl Harbor by Prime Minister Abe is a powerful reaffirmation of the importance of the Japan-US security alliance and signals Japan’s intentions to help preserve the postwar international order. It could also have far-reaching repercussions, says Senior Fellow Tsuneo Watanabe, in encouraging reconciliation and stability across East Asia.

Later this month, Shinzo Abe will become the first serving Japanese prime minister to visit the USS Arizona Memorial in Pearl Harbor with an incumbent US president. This will be an extremely important step in elucidating Japan’s perceptions of World War II and in demonstrating its intentions to contribute to the future peace and stability of East Asia. Japan has been a major beneficiary of the postwar liberal international order and has great interest in preserving that order, including through its contributions to the Japan-US security alliance, which Japan regards as an important global commons.

Helping to uphold the global order may seem like common sense today, 70 years following the end of the war, but its significance will come into sharper focus when one looks at the path Japan has taken over the past seven decades and also in turning our gaze to the next 70 years. This is because the future of the postwar liberal international order that has been sustained by the United States along with its allies and partners is facing a severe test today, and there are growing concerns about its survival. The United States and Europe have become more inward looking, and there is a growing populist backlash against globalism, as typified by the Brexit vote in Britain and the election of Donald Trump in the United States.

Challenges to the postwar international order had begun appearing in Asia even before these trends materialized in the West, as evidenced by China’s growing assertiveness in the East and South China Seas. Symbolic of the rising concern over China’s future course was the decision by Washington and Tokyo to stay out of the Beijing-led Asia Infrastructure Investment Bank, despite the promise of sizable benefits to both countries had they decided to become founding members.

Some in the Barack Obama administration were worried at the prospect of Abe’s nationalistic rhetoric exacerbating regional tensions in East Asia and threatening American interests in the region, as lucidly described by Deputy National Security Advisor for Strategic Communications Ben Rhodes in a December 13 interview with the Asahi Shimbun . The White House’s concern was that attempts at historical revisionism in Japan could alienate not just China but also South Korea, America’s other key East Asian ally.

Prime Minister Abe has shown, though, that he is a pragmatic realist when it comes to foreign policy, refraining from making nationalistic statements that had been aimed at his conservative supporters. Since Washington expressed its “disappointment” with his December 2013 visit to Yasukuni Shrine, for example, he has stopped visiting the shrine honoring the war dead. In May 2015, he became the first Japanese prime minister to deliver a speech before a joint session of Congress, where he voiced a clear message of historical reconciliation. With South Korea he embraced the “final and irreversible” agreement on the comfort women issue in December 2015 that nudged the countries closer toward reconciliation. This ultimately set the stage for President Obama’s historic visit to Hiroshima—helping to soften the bitterness many Japanese people had felt toward the atomic bombings of Japanese cities by US forces.

In the aforementioned Asahi interview, Ben Rhodes notes that Obama’s Hiroshima visit was a unilateral decision by the president and not premised on Prime Minister Abe reciprocating the gesture with a visit to Pearl Harbor. The Japanese government, too, took pains to avoid any appearance of a “tradeoff,” offering no hints that the prime minister would make a historic visit before the official announcement—although the surprise visit in August to the USS Arizona Memorial by first lady Akie Abe did raise speculations that the prime minister might also travel there. Indeed, many people seeking a fuller Japan-US reconciliation and a deepening of the bilateral relationship, including myself, were hopeful that the visit would materialize. The administration was fully aware of the meaning such a visit would have on the future course of our countries’ relations and the process of historic reconciliation.

It is truly significant that the two visits were planned independently of one another, on the personal initiative of the respective leaders. This unassuming show of mutual respect between former wartime rivals that are now tied by the strongest of security alliances in itself amply demonstrates the importance of reaching out to achieve reconciliation, especially at a time when lingering differences over historical issues threaten the peace and stability of East Asia as a whole. It also comes at a time when US foreign policy could take a dramatically different turn with the inauguration of a Donald Trump presidency in January. The prime minister’s visit would send a positive message to members of the new cabinet—many of whom have military backgrounds—and express Japan’s intentions to continue playing an active role in promoting regional stability through the bilateral alliance. 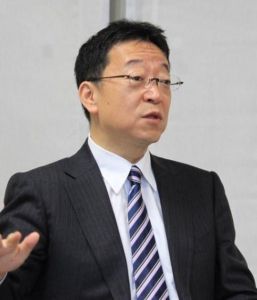