Preserving the stability of two vital seas for Japan’s sea lanes of communications—the South China Sea and East China Sea—has become a renewed policy agenda for Japan’s engagement in Southeast Asia. Japan has significant commercial and security interests in the South China Sea, as well as in how the rules and mechanisms for maritime security are consolidated. However, the current stand-off in the South China Sea seems to bring about the following three aspects which make the premise of status-quo management between China and the Association of Southeast Asian Nations (ASEAN) less likely.

First, the maritime capability gap between China and ASEAN is rapidly growing. China’s rapid procurement of patrol ships, surveillance vessels and aircraft, submarines, and new-generation fighters is bound to consolidate its maritime and air superiority vis-à-vis its Southeast Asian neighbors. Second, the ongoing efforts to generate an ASEAN-led, rule-based maritime order in the South China Sea have not achieved visible success. The negotiations over establishing a legally-binding Code of Conduct (COC) on the South China Sea have been a daunting process since China has not shown an accommodative stance toward multilateral discussions. Third, although ASEAN admits the importance of the US “pivot to Asia” to stay engaged in this region, the majority of ASEAN members are also reluctant to define the US role as an external balancer against China in the light of the deep, ASEAN-China economic interdependence.

In dealing with these difficult conditions, ASEAN obviously needs to generate a favorable balance of power that requires equally rapid capacity building of its own. From the Japanese perspective, ASEAN’s own strength and resilience against China’s growing maritime pressure is an important vanguard for denying China’s creeping expansion to the contested territorial waters. Such resilience would also sustain the status-quo that creates better conditions for ASEAN’s diplomatic negotiations vis-à-vis Beijing.

Thus, helping to build ASEAN’s maritime security capacity has become a key policy focus of the Japanese government. First, Japan is more actively engaging in joint military exercises and training in Southeast Asia. In the past several years, Japan has increased its profile, participating in joint exercises, humanitarian assistance, disaster relief, and non-combatant evacuation operations. The Japan Self-Defense Forces (JSDF) have been participating in the US-Thai Cobra Gold joint/combined exercises since 2005 and joined the US-Philippine Balitakan series for the first time in March-April 2012. In July 2011, Japan conducted its first joint maritime military exercise with the United States and Australia in the South China Sea off the coast of Brunei. Japan has been an active participant in the Pacific Partnership, a dedicated humanitarian and civic assistance mission in Southeast Asia.

With increased participation in multilateral joint military exercises and training, Japan is significantly increasing its networking, communications, and security cooperation with regional states. Starting from fiscal 2012, the Ministry of Defense will embark on an assistance program for security capacity building in ASEAN countries in such fields as humanitarian assistance, disaster relief, and counter-piracy operations. Although the current budget is rather small, it is expected to expand over the longer term.

Second, Japan has become more vocally supportive of ASEAN’s security capacity by boosting its official development assistance (ODA). During the Japan-ASEAN Summit Meeting in November 2011, then Prime Minister Yoshihiko Noda pledged $25 billion to promote flagship projects for enhancing ASEAN connectivity. At the Japan-Mekong Summit in April 2012, Japan also pledged $7.4 billion in aid over three years to help five Mekong states’ infrastructure projects. Aspects of ASEAN’s critical infrastructure, such as airports, ports, roads, power generation stations and electricity supply, communications, and software development are important—and often highly compatible—components of their security sectors. Foreign Minister Koichiro Gemba conspicuously promoted the “strategic use of ODA” to seek connectivity between Japan’s aid and regional security. If Japan’s financial assistance is more strategically oriented to support these functions, it can serve as a major tool for ASEAN to build up its defense infrastructure.

Such capacity could also support an effective US military presence in this region. As former Secretaries of Defense Robert Gates and Leon Panetta mentioned, the importance of “building the capacity of others”—enhancing the capacity of US allies and friends in Asia—is a major component of the rebalancing strategy. If ASEAN coastal states are able to perform effective intelligence, surveillance, and reconnaissance (ISR) operations and develop their low-intensity operation capabilities, escalation management at the initial level of tension would be dramatically improved. This infrastructure could also provide potential alternative access points for US forces in Southeast Asia. In pursuing a “geographically distributed, operationally resilient, and politically sustainable” presence, capacity building in Southeast Asia would bring about cohesive guidelines, as stated in the latest 2+2 Joint Statement, for the Japan-US alliance.

Finally, the government of Japan is seeking to promote direct arms exports to support the defense infrastructure of ASEAN countries. In December 2011, Japan decided to ease the restrictions imposed under its Three Principles on Arms Exports. While maintaining the basic philosophy of restraining exports, overseas transfers of defense equipment are now allowed in principle in cases related to contributing to peace and advancing international cooperation.

For example, Japan is providing the Philippines with patrol vessels for its coast guard and maritime communications systems through ODA in the coming years. Building upon the eased restrictions, Japan is gearing up to consider exporting patrol vessels, aircraft and multipurpose support ships to enhance ASEAN’s maritime security capabilities. If this hardware assistance is coupled with technical support and training by the Japan Coast Guard and the MSDF, Japan’s support will more effectively contribute to their maritime security.

Although these moves indicate a new policy direction of Japanese engagement toward ASEAN, Japan may need a clearer strategy to promote capacity building in ASEAN. Helping to build ASEAN’s defense capacity while avoiding an unnecessary security dilemma with China requires Japan to perform a delicate balancing act. Japan also needs close coordination among domestic institutions, such as the Ministry of Defense and the SDF, the official development assistance (ODA) strategies of the Ministry of Foreign Affairs and the Japan International Cooperation Agency (JICA), and the financial functions of the Japan Bank for International Cooperation (JBIC). Each institution obviously has a different perspective on capacity building in ASEAN. In the meantime, joint military exercises/training, the strategic use of ODA, and arms exports will constitute important pillars of Japan’s policy toward ASEAN. 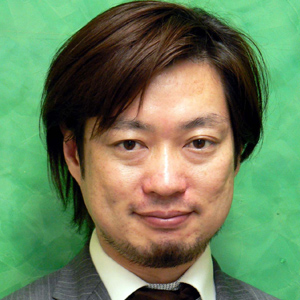 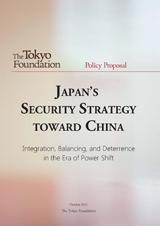