More than a year has passed since tragedy struck the Tohoku region of Japan in the form of a 9.0-magnitude earthquake, a tsunami that wiped out entire towns along the Tohoku coast leaving twenty thousand people dead and missing and hundreds of thousands homeless, and an nuclear accident at Fukushima that ranks with Chernobyl as the worst ever. The passage of time since the disaster of March 11, 2011, has thrown into sharp relief the strengths and the weaknesses of Japan’s society and its political system.

The dignity of the survivors of the disaster, their perseverance and their readiness to help each other has impressed and astonished people around the world. Television footage of people lined up patiently waiting in the cold for a single rice ball that would be their dinner was broadcast worldwide. Its impact was brought home to me by a Chinese student who took my Japanese politics course at Columbia University this past fall. He told the class that watching television in Beijing and seeing the self-discipline, order, politeness, and stoicism with which Japanese comported themselves, “I wish China could be more like Japan.” Chinese and other students in the class nodded their heads in agreement.

Admiration for the way Japanese responded to the 3.11 disaster probably had something to do with why more Chinese students than ever before took my Japanese politics class this year. It also helped produce an outpouring of support for Tohoku from people around the world, both in financial contributions for the recovery effort and in large numbers of foreign volunteers who traveled to Tohoku to help.

Japanese often take for granted what to foreign eyes is quite extraordinary. For example, the first thing that struck me when I visited evacuation centers in the months after 3.11 was how quiet they were. No one was blaring a radio or talking in a loud voice. This was out of consideration for their neighbors, who in this case were people sitting on the other side of a makeshift carton divider, what remained of their belongings neatly arranged along the sides of the partition.

When I visited a temporary housing facility that had become home to some 1,200 people I was struck by the fact that there were no garbage cans anywhere to be seen. In New York City there are garbage cans on the corner of every block; even so rubbish sometimes overflows the cans and ends up in the street. In Japan people bring their litter home to be thrown away. This may seem trivial but it reflects an admirable and all too rare attitude about personal responsibility to others and to society as a whole.

But these strengths of Japanese society are in a sense a mirror image of the weaknesses of the Japanese political system. The saying “the squeakiest wheel gets the most grease” has some relevance here. Japan’s political leaders and the bureaucracy are no doubt committed to doing everything in their power to help people in Tohoku rebuild their lives and their communities. But there is not the sense of urgency or the readiness to dispense with bureaucratic red tape and take bold and unprecedented actions that might have been the case if the public had expressed its discontent with the government’s response more loudly and adamantly.

The Tohoku tragedy challenged the government to be innovative and to create a quick response policymaking system. It has failed to meet this challenge. Tens of thousands of people have been displaced from their homes because of dangerous levels of radiation released by the meltdown at nuclear power plants at Fukushima, all of Japan’s nuclear reactions have been shut down, and neither local governments nor the public at large trust government assurances that it is safe to restart some of these plants. Even so, the Diet is still unable to agree on establishing an independent nuclear regulatory agency that could begin the task of restoring public confidence in government oversight of the nuclear power industry.

It would be one thing if the failure to reach agreement on this issue, or on increasing the consumption tax, or on making changes in the distribution of lower house seats that the Supreme Court has ruled unconstitutional or on other issues were rooted in fundamental policy disagreements. But that is not the case.

Since the Democratic Party of Japan came to power in 2009 the policy positions of the DPJ and the Liberal Democratic Party on key domestic and foreign policy issues have converged. The failure to reach agreement is based not on deep policy or philosophical differences but mainly on tactical calculations of political advantage.

Japan’s prime ministers have changed with such rapidity since Koizumi left office in 2005 that many Japanese voters would be hard pressed to recall all their names. Shinzo Abe, Yasuo Fukuda, Taro Aso, and Yukio Hatoyama were each out within a year. Naoto Kan did little better, holding on for fifteen months. Prime Minister Noda, who took over last September, will have great difficulty beating this record.

Even more dramatic has been the brief tenure of cabinet ministers since the DPJ came to power in the fall of 2009. Ministers in the Hatoyama and Kan governments served an average of 8.7 months. (Under Koizumi it was 18.6 months). The minister responsible for dealing with the low birthrate has changed eight times in the past two and a half years. There have been seven DPJ ministers of state for consumer affairs and food safety and six ministers of justice. There also have been six DPJ’s ministers holding the portfolio responsible for “government revitalization,” suggesting perhaps that by revitalization the DPJ means giving as many of its Diet members as possible the chance to experience cabinet office.

Japan’s political leadership deficit is not the result of a divided Diet or factional infighting, though they no doubt make governance more difficult. Institutional reforms—abolishing the upper house, for example, or directly electing the prime minister, two ideas that are enjoying some currency in Japan today—would not end Japan’s political deadlock or produce stronger leaders. The roots of Japan’s political paralysis unfortunately lie much deeper—in the inability of leaders to define national goals and in the failure of both the DPJ and the LDP to recruit enough qualified politicians.

For more than a century Japan defined its national goals in terms of catching up with the West. Since the late 1980s, having reached that catch-up goal, it has been flailing about trying to decide what to do for an encore. Unable to define a large vision for the nation, Japan’s political elite has become fixated on tactical maneuvers to exploit petty political differences to gain political advantage. Incredibly, the ouster of the LDP from power in 2009 and the Tohoku earthquake tragedy of 2011 seem to have only intensified the flight from serious policy debate.

How can Japan emerge from this political cul-de-sac? One possible way is for time to do the job of training a new generation of political leaders. Japan, optimists might argue, is experiencing a long phase of political creative destruction. But two decades of destruction and little in the way of creativity must sap the enthusiasm of even the most optimistic of optimists. The other is to wait for a crisis to shake the political elite out of its torpor—a military clash with China over disputed territory, for example, a provocative North Korean action against Japan, or a crisis in the government bond market.

Japan has strong social bonds and a weak political system. Problems abound, but living standards for the great majority are high, unemployment is low by international standards, and national security is provided for by a strong alliance relationship with the United States. There is no evidence of a crisis mentality in Japan, even though politicians like to invoke that word.

Precisely because the public has low expectations about political leadership, the belief that they need to do things for themselves and not wait for the government to act is strong. And it has become only stronger in the aftermath of the Tohoku tragedy. Japan is becoming more global and more local at one and the same time. Business firms are being propelled by a strong yen, excessively restrictive domestic regulations, and the realities of the global economy to become more global. On the other hand, the public’s loss of confidence in the credibility of the central government is being reflected in the popularity of local politicians and the growing importance of NPOs.

These developments are likely to have long-term positive consequences. But they are no substitute for effective governance at the national level. Having strong leadership at the center is necessary if Japan is going to be able to deal effectively with critical domestic and foreign policy issues. In the absence of crisis, however, and in response to a public that is unhappy with its political class but risk averse and thus reluctant to support bold policy change, Japanese politics will continue to drift. And Japan’s political leaders will do little more than follow its meandering course. 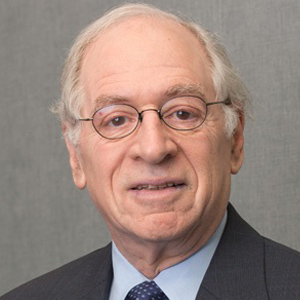 Building the Next Generation of the US-Japan Partnership

Beyond Reconstruction: Political Priorities in the Wake of 3/11 (2) 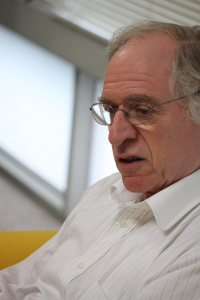 Beyond Reconstruction: Political Priorities in the Wake of 3/11 (1) 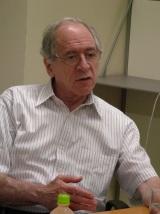 The Upper House Vote and the Process of “Creative Destruction”