Misconceptions about Japan abound. Daily consumption of sushi and widespread use of robots are but a few. When Japan’s political situation is critiqued from the outside, there is a similar tendency to form narratives that are often misplaced.

In the months leading up to and since a national election on December 16, commentary has often portrayed Japan as a country lurching ever further towards the political right. The election and return to government of Shinzo Abe and the Liberal Democratic Party and vocal provocations of Shintaro Ishihara, former governor of Tokyo, are seen as evidence of such a trend.

Claims of a “sharp turn right,” headlines highlighting the rise of right-wing parties, and reports that Abe’s first priority as prime minister would be dealing with China create an image of Japan far from reality. A closer look at the election results paints a more accurate picture.

True, the LDP won a significant number of seats. The number claimed by the Democratic Party of Japan fell from 230 to just 57, with only 27 of those won in single-seat constituencies. The LDP in contrast gained 294 out of the 480 available seats in the House of Representatives.

Yet a more detailed look at the statistics reveals that the LDP’s victory was far less remarkable. First, within the constituency votes, the LDP won only 43.01% of all votes cast, and just 27.79% in the proportional representation districts. The total number of votes the LDP received was actually less than in 2009, when the LDP suffered a humiliating loss to the DPJ and was forced into the opposition after almost half a century of uninterrupted rule. Indeed, the LDP came up almost 2 million votes short in its “victory” compared to 2009, hardly a ringing endorsement of the LDP agenda.

Second, Shinzo Abe’s promotion to leader of his party on September 26, 2012, was far from a foregone conclusion. In the weeks leading to the LDP leadership election, the chances of Abe winning the party’s support were considered low, the perception being Abe had had his chance in 2007 and failed due to personal illness. When he eventually won the party’s nomination, it was only by a narrow margin and due to support from fellow Diet members, rather than the LDP rank-and-file, who favored rival Shigeru Ishiba. In the months and years prior to his election to LDP leader, few were vocally calling for his return.

Third, an important reason why the LDP were able to win a majority was that anti-LDP groups did not form a united front, splintering into several smaller parties, such as Nippon Mirai no To (Tomorrow Party of Japan) and Your Party. Though able to impact the elections by siphoning away votes from the previously dominant DPJ, their post-election influence has been minimal.

The emergence of parties such as Nippon Isshin No Kai (Japan Restoration Party), served again to show apathy among the electorate with the status quo, rather than any dramatic ideological swing. Osaka Mayor Toru Hashimoto teamed up with former Tokyo Governor Shintaro Ishihara under the JRP banner only in September 2012, far too late to convince voters they could provide a genuine alternative in government.

Finally, voter turnout at just 59%, the lowest in Japan’s postwar history, skewed the final tally in the LDP’s favor. During its opposition years, the DPJ had relied on “floating” voters to lift their political fortunes, yet in December 2012, disgruntled with the options before them, many of these unaffiliated voters chose to stay away from the polls.

Prior to voting day, polls consistently showed approximately 40% of the electorate to be “undecided.” For many, the decision in the polling booth was one of reluctance, described by one interviewed member of the electorate as merely a “process of elimination.”

Caution, at Least for Now

Abe and the LDP appreciate these shaky political foundations. Abe in particular needs to consolidate his base within the party as well the LDP’s mandate to govern. In his first news conference following the election, Abe was noticeably reticent about celebrating his party’s victory, aware that until the LDP secures a majority in the House of Councillors, due to hold elections in mid-2013, his leverage to enact major reforms is limited.

The “twisted Diet” scenario whereby the party in government does not hold a majority in the upper house, hampered Abe’s first term as prime minister in 2006-07 under an LDP-Komeito coalition, marking the beginning of his political downfall. Abe is also no doubt aware of the challenges for foreign policy faced during his first term, when he evoked ideology in the form of “values-based diplomacy.”

If the new administration is judged on its actions thus far, one can conclude that a measured, pragmatic Japan has evolved. Despite some hawkish statements in the months prior to the election, Abe’s diplomacy has been moderate. Immediately following the South Korean presidential election on December 19, Abe sent a private envoy to begin a dialogue with the new leader. Some of the more confrontational comments regarding the stationing of officials on the Senkaku Islands have disappeared from government rhetoric, and on January 25, Natsuo Yamaguchi, head of coalition partner Komeito, visited China’s new leader Xi Jinping.

Abe’s trip to Southeast Asia from January 16, ostensibly to boost trade, may well have been misguided, feeding the narrative that Japan seeks to “contain” China’s rise. Nevertheless, considerable efforts were made for Abe to make Washington his first visit before events surrounding President Obama’s second inauguration took precedence. Until the new Chinese cabinet is established in March, there is little need for Abe himself to travel to Beijing.

What the Elections Truly Signify

In the elections of December 2012, what mattered to voters was the economy and social welfare. Not even the complicated issue of restarting nuclear reactors, a hot political topic since the triple disaster of 3/11, dominated the decision-making of Japanese voters.

During his earlier term, distractions from a gaffe-prone cabinet and tensions with neighbors prevented Abe from paying adequate attention to the economy, a lesson likely to be heeded in 2013. This can already be seen in Abe’s economic policy, now frequently referred to as “Abenomics,” a combination of monetary relaxation and fiscal stimulus making waves across international markets.

To extrapolate from the December election that Japan is slipping toward the right overlooks what really should be learnt from the national vote. Japan’s electorate, particularly the young, is in fact becoming ever-more disengaged with its political system.

Furthermore, few are calling for further antagonism with Beijing. Whilst talk of military confrontation might be filling Chinese airwaves and online forums, in Japan there is little appetite to up the stakes. Around the streets of Nagatacho, Tokyo’s political hub, voices calling for the permanent shutdown of nuclear facilities continue to shout louder than those pushing a right-wing agenda. According to some analysts, Abe’s administration may even prove able to warm relations with Beijing due to the “Nixon effect,” whereby a more hard-line leader is able to improve relations, as US President Nixon achieved in China in 1972.

Ultimately the national elections were a vote against the DPJ, mainstream parties, and the political system as a whole. Significant signals about Japan’s political situation can be learnt from critiquing the decisions made by Japanese voters on December 16. But not the misconception often portrayed, that radical nationalism is on the rise. 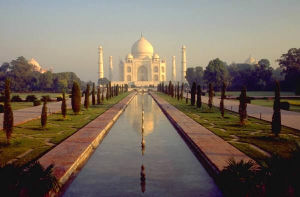