Human Resource Development Is the Key to Local Governance

To prepare local government officials in Japan for governing decentralization, the Tokyo Foundation has offered a professional training program for Japanese municipal government officials since 2004. This article features the background of the program and views presented by Professor Marcus Ingle of Portland State University.

Japanese municipalities are struggling to cope effectively with this new autonomy. The municipalities must learn how to deal with many issues, such as decreasing birth rates and the aging of the population, decreases in financial resources, and a deteriorating medical system. To meet these local challenges, local municipalities need to take advantage of new opportunities and new systems of work. A key for success in this transition is investment in human resources. Specifically, local municipalities need to invest in developing employees who will become competent, effective and efficient public administrators.

Leadership and Management in the New Era of Local Autonomy

When I was in high school, my English literature teacher required each student to memorize famous quotations. One of my favorites was by Henry David Thoreau, a nineteenth-century US author, who said, "Build your castles in the air; that is where they should be. Now put the foundations under them." This quote comes to my mind as a metaphor for the significant professional development challenge that Japanese municipalities are confronting in this "new age of decentralization and local autonomy."

Thoreau's quote exhorts us to remember that life consists of balancing two integral and necessary dimensions-"building castles" and "laying foundations." Similarly, we can view the administrative responsibilities of Japanese municipal officers as involving these same two dimensions. One part of the work of municipal officials is about building castles; this is a leadership dimension. The other part is about ensuring strong foundations; this is a management dimension.

Japan's decentralization reforms present local governments with opportunities to exercise additional authority for the independent and comprehensive implementation of local administration. This means that municipalities have more discretionary authority along with increased financial self-reliance. Many smaller municipalities merged in order to become more financially self-reliant, however, many still operate in highly constrained financial resource environments. At the same time, municipalities are held more accountable, and are under closer scrutiny, by citizens and other stakeholders.

These changes in Japan's municipalities have a direct and immediate impact on the structure and function of local administration. Two shifts are readily evident:

First, there is a structural shift in the vertical authority from the central government to local administration. Municipalities have new authorities and additional local autonomy. They have additional discretion to decide what kind of municipality they would like to be in the future. They also have responsibility for deciding how best to prioritize, finance and administer local goods and services.

Second, there is a functional shift in the administrative work of the municipality. This is a shift away from government as the sole provider of local goods and services. The shift is toward governance where the municipality's role is to facilitate the provision of public goods and services through horizontal and participatory partnership arrangements with other governments, businesses, civil society groups and citizens.

These shifts in the structure and function of municipalities are altering the nature of administrative work, and expanding the roles and responsibilities of municipal officers. As local governments struggle with issues surrounding local mergers, budget shortfalls and increasing public scrutiny, municipal officials are being called upon to play new individual and team roles, including individual risk taking and responsibility for results. Some of the new work assignments for municipal officers include assisting with strategic visioning and planning, leading high-visibility project teams aimed at finding solutions for vexing local problems, and developing new shared-power collaborative arrangements with various external stakeholder and citizen groups where no one entity is clearly in charge.

So, what light does this brief analysis shed on the appropriate balance of leadership and management competency needed by municipal officers in Japan's new era of local autonomy? I conclude that municipal officers will need high levels of competency in both domains. As Karl Knollenberg states in his 2008 article Leadership and Management in Local Government , "The real issue seems to be what type of a leader the manager is rather than whether the manager is a leader."

Leadership competency is clearly needed. Municipalities will need to set the right vision for the future, a vision that embodies the traditions and values of the local place both in terms of what it stands for and what it can become. This vision will need to inspire businesses to make local investments for ensuring jobs and a strong tax revenue base. This inspirational work is about "building castles," the essence of leadership.

Management competency will also be needed to ensure that the public good is served in an efficient and effective manner using a mix of traditional and modern management approaches. New types of thinking will be required that are less hierarchy conscious, and that allow municipal officers to respond to the development of horizontal partnerships with citizens and other stakeholders in a creative and flexible manner. This important public administration work is about "laying foundations," the essence of management.

As analyzed by Professor Ingle, Japan's municipal officers are expected to play more proactive and creative leadership and management roles in public service. There are, however, a serious dearth of opportunities and effective programs for the municipal officers' professional development.

Recognizing the need for better professional development opportunities at the municipal level, the Tokyo Foundation launched the Japanese Municipal Officers' Mid-Career Training Program in 2004 in collaboration with Waseda University's Okuma School of Public Management (OSP) and ELI. It provides a six-month professional training course for mid-career officers at municipal governments in Japan. The program is unique in that each of the participants learns Project Management (PM) skills while developing projects they selected that address a key issue in their own municipality. They are also strongly encouraged to actually implement the project upon return to their respective hometowns, hence applying the PM skills they learned through the training program.

Since the launch of the program, 49 municipal officers from 28 municipalities have participated in the training. The program is contributing to the development of individual participants' professional competency by enhancing their knowledge, skills, and critical thinking capacity. The program also provides participants with opportunities for developing a professional network at the municipal government level in both Japan and the United States.

Accomplishments and Impact of the Program

The reports from past participants on their post-training activities suggest that there are three ways that the participants are making an impact on their municipalities: (1) by actively sharing what they learned in the training program with their co-workers and citizens, (2) by utilizing the project management knowledge and tools in their day-to-day work, and (3) by capitalizing on the professional network they developed. It is not always easy for the training participants to implement the projects they developed for their home municipalities. Sometimes the conservative bureaucratic nature of the organization hinders smooth implementation of projects with new and innovative ideas. Sometimes they lack understanding and support from their co-workers and superiors on the importance of the project. Despite these obstacles, participants have made concrete contributions in their municipalities, using the expertise and experience they gained through the training. Following are some examples:

In Takashima City, Shiga Prefecture, former participants proposed the introduction of "open microphone (open mike)" where the citizens can have a chance to pose questions to elected officials at the city council meeting. Citizen comments made in these open mike sessions eventually led the city council to decide on reducing the number of council seats. Through the connection made by the training participants, new educational exchange programs were started between Takashima City and Portland, Oregon. Every fall, a dozen middle school students from Takashima City visit the International School of Beaverton in Oregon, where they observe classes and stay at the home of a local family. Also, two graduates from Portland State University were selected to work at Takashima City for two years as assistant language teachers.

In Kuriyama Town, Hokkaido Prefecture, one of the training participants played an instrumental role in laying out the five-year comprehensive plan for the town. The comprehensive plan resulted in the passage of the "citizen participation" ordinance, the first one ever adopted in a Japanese municipality, stipulating the requirements for a citizen participation process that aims to make the city council more transparent and encourage open discussions among council members and citizens.

In addition to offering the training program, the Foundation has published a bilingual (Japanese and English) book entitled Project Management Toolkit: A Strategic Framework for New Local Governance . The purpose of the book is to disseminate the outcomes and experiences we gained from the training program to a larger audience. It was our intention that those who read the book, especially local government officers, will learn and acquire the basics of PM. The book offers commentaries on every project management tool from the perspective of local government administration. The book explains what kind of tools the readers should use at different stages of the project cycle. It uses charts and illustrations with in-depth commentary to help the readers who do not have familiarity with project management easily understand the concepts and tools. This book also comes with a glossary of project management terms, another feature that allows the readers to quickly reference the terms used in the book.

The training program in its current form will end in 2008. The need to nurture competent and thoughtful municipal officers who will serve the localities with commitment and passion for more educational opportunities, however, still remains. The Foundation is currently reviewing the program, and intends to continue its efforts in supporting human resource development at the municipal level.

The Tokyo Foundation Weekend School for Local Empowerment will start in May 2009. 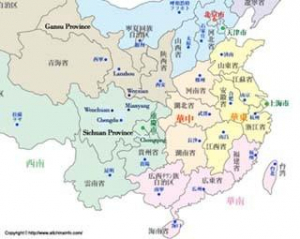