Japan has had seven prime ministers in as many years, and the current administration of Yoshihiko Noda, who entered office in September 2011, also stands on fragile footing. One source of the vulnerability is his Democratic Party of Japan’s lack of a majority in the House of Councillors, the upper chamber of the National Diet, hampering efforts to enact key legislation.

Several key developments will determine whether the political situation stabilizes over the near to mid-future or will deteriorate further in the face of fiscal and economic woes. The key to achieving stability will be enforcing greater governance over political parties.

One key development over the next two to three months is the fate of the bill now being debated by the Diet to raise the 5% consumption tax to 10% by 2015 as part of an integrated reform of the tax and social security systems.

Even within Noda’s own party, a group led by Ichiro Ozawa is opposed to the measure, and several group members have submitted their resignation from government and party posts. While this in itself was widely reported, little has been heard of since, suggesting that Ozawa’s standing within the party is not as strong as supposed.

His only source of power is to leverage the size of his groups to steer the DPJ toward desired directions, as he is unlikely to spearhead a revolt and join hands with the opposition Liberal Democratic Party. This is because Ozawa had led a split of the LDP in 1993—causing the demise of the administration of Prime Minister Kiichi Miyazawa—and members of the LDP are unlikely to welcome him back.

The LDP is wary of Ozawa’s destructive modus operandi, such as his inclination for launching and then abruptly disbanding political groups, and the LDP also knows that it would be unable to coordinate the fielding of candidates to prevent Ozawa’s group from competing against the LDP in the same electoral district.

While attention has focused on the tax hike, there has been virtually no debate on the other—and probably more important—half of the integrated reforms of the tax and social security systems: How to reduce ballooning social security outlays, restructure the various pension schemes into a single program, provide medical coverage for the elderly, and address the dramatic rise in welfare subsidies.

Any decision to raise taxes and curb benefits is certain to be extremely unpopular with the public, and this is a task that has been left to address by the next administration—whether it be led by the DPJ or LDP. Policy differences between the two parties are not very significant, and both parties are aware of the need for reform. The issue could drag on, though, if they do not agree to form a coalition.

Of course, even if the bill passes, which could come in the extended session of this year’s Diet around June or July, the actual hike of consumption tax will not come for several more years, and so revenues will continue to fall while social security outlays continue to rise. The fiscal situation is bound to become much worse over the next year or two.

If the consumption tax bill fails to pass, the market reaction would need to be watched closely. Without prospects for higher tax revenues and increasingly higher outlays, the public debt will continue to grow, resulting in a decline in Japan’s bond ratings and prices. This will not immediately trigger a credit crisis of the kind seen in Greece and Italy, but the financial institutions holding those bonds would see their assets dwindle.

Larger banks have diversified their risks, so they will be able to ride out a decline in bond values. But it could have a significant impact on local banks and credit associations. The smaller financial institutions could be compelled to cut back or even forcibly withdraw their loans to local businesses, making a significant dent on the real economy of outlying areas.

A House of Representatives election will probably be held within the next year—or a year and a half at the latest. While the results will hinge on whether the consumption tax bill passes or not, the DPJ is likely to lose seats, while the LDP makes gains and the Osaka Restoration Association, led by Osaka Mayor Toru Hashimoto, achieves national representation. Several medium-sized political forces will emerge, not any one being capable of taking over the reins of government, leading to a creation of a coalition government.

Whether a major realignment of political forces happens then or not will depend on how large the losses and gains turn out to be. But looking at politicians today, there are few leaders who are committed to making decisions that really matter to the nation’s future, and so the present level of confusion—perhaps a notch higher—should continue for a while.

Several years ago, the LDP made big gains through the election of the so-called “Koizumi children.” The last general election, meanwhile, resulted in major gains by the DPJ through the election of the “Ozawa children.” Ozawa’s progeny are the most vulnerable to shifts in popular sentiment, and a large number of them will lose their seats in the upcoming election. This is the real reason for Ozawa’s opposition to the tax hike.

Even if the LDP regains lost ground, this will not signal the return of the Koizumi children. Those returning to power will be the old-style, veteran politicians who were kicked out by the Ozawa children, so the LDP is unlikely to enjoy a youthful reinvigoration.

The gains being made by the ORA are likely to be as fleeting as the fate of those who followed in Koizumi’s and Ozawa’s coattails. Hashimoto’s “children” are flocking around the Osaka mayor not because of lofty aspirations and principles or outstanding political skills, and electing them will do nothing to raise Japan’s political standards.

Hashimoto has made some positive proposals, to be sure, including a call for the decentralization of authority. But the ORA has its share of problems, one of them being its political tactics.

Hashimoto has managed to rally the public behind him by identifying enemies and blaming them for everything that is going wrong. When he was the governor of Osaka Prefecture, he blamed everything on the city government. Now that he has become mayor, he is blaming everything on the national government. If and when he does become a national figure, which foreign country will he then blame for things that are not going right in Japan?

The lack of a decisive outcome in the next general election will mean that the present state of political confusion will continue for a year or two longer. By that time, the downgrading of Japanese national bonds will have taken a severe toll on the regional economy, and the rebuilding of tsunami-affected areas will have further drained the national coffers.

While protests like those in the Arab world and on Wall Street are unlikely to take place in Japan, this is not to say that people are not frustrated with the status quo. There is a possibility that politicians may tap into such frustrations by identifying certain groups as the “enemy” and channel people’s anger toward those groups.

While many have argued that there are problems with the electoral system and a divided Diet, an even more fundamental problem is the lack of governance guiding the political parties. There is a legal vacuum when it comes to the activities of political parties, despite the fact that they are using taxpayers’ money to fund their activities.

Each party has its own internal rules, to be sure, but the problem is that those rules have no legal grounding. Corporate activities in Japan are prescribed by the Company Act and the Commercial Code. But there is nothing equivalent covering political organizations. This is one cause of the current political disarray. Such lack of order would be unthinkable in a private company, where management decisions are made and communicated efficiently.

A ruling party that is in disarray essentially means that the government is also disordered. And when such an organization tries to exercise “political leadership,” things are bound to go astray. At least under bureaucratic leadership, there were stringent rules covering the activities of civil servants to make up for the lack of political governance.

As long as party governance is not strengthened, a change in government will do nothing to improve the situation. Should the ORA emerge as a sizable third force, the situation could become increasingly unstable.

A major political upheaval is unlikely over the next two or three years, but should the economy takes a turn for the worse, a demagogue could appear to take the nation toward a dangerous course.

In specific terms, basic rules need to be established on how candidates are selected. Currently, there are no provisions covering whether or not election manifestoes are legally binding and under what circumstances they can be changed; how parties should select their executives and what their powers and responsibilities should be; how long they should serve; and what the powers of local chapters should be vis-à-vis the party headquarters.

The parties are not required to submit a detailed financial statement itemizing revenues and expenditures, which would be unthinkable for a private-sector company. While cursory reports are issued, there is virtually no explanation of how the parties spent their money.

Establishing a set of governance standards to keep political parties in check is an issue requiring utmost urgency. This is probably the biggest challenge in overcoming the currently political instability in Japan. 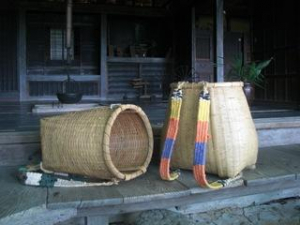 Introduction: Craft, Community, and the Cost of Global Capitalism