Navigating the Rocky Japan-China Relationship: Report on a Workshop with the Mansfield Foundation

On June 14, the Tokyo Foundation hosted a discussion on Japan-China relations between a group of young Japan scholars from the United States—visiting under the auspices of the Maureen and Mike Mansfield Foundation—and members of the Foundation's Japan-China policy workshop and Japanese policy officials in such areas as foreign affairs, finance, and trade.

Accompanying the American team was Michael Green, senior adviser and Japan chair at the Center for Strategic and International Studies who is also the former senior director for Asian affairs at the National Security Council and current program adviser at the Mansfield Foundation. Green stressed the need for Japan to take a more proactive role in responding to China, leveraging its relationship with the United States to steer Beijing in the right direction instead of complacently assuming that things will be fine as long as it has the United States as an ally. Green's words seemed especially pertinent a week later, when the Japan-US Security Consultative Committee meeting in Washington, DC, identified China as a shared concern and a strategic focus of the bilateral alliance.

The June 13 meeting began with remarks by Tokyo Foundation Senior Fellow and University of Tokyo Professor Akio Takahara, who offered an overview of Japanese perceptions of China. This was followed by questions from US scholars, which provided fodder for lively discussion, moderated by Senior Fellow Tsuneo Watanabe. The key points covered in Takahara's introduction and the subsequent discussion are outlined here.

During the Cold War, Japanese perceptions of China were complex and varied. A sizable share of the Japanese public embraced leftist thinking, and these people sympathized with China and other countries of the communist bloc. Also contributing to pro-Chinese sentiment was the lingering influence of Pan-Asianism, a pre–World War II ideology that advocated a united Asia to defend against Western imperialism. Many people also shared a strong sense of remorse over the Sino-Japanese War.

On the other hand, there was a longstanding hostility toward communism and growing fears—particularly during the Cultural Revolution—that China planned to export its revolution to Japan. Some Japanese were also repelled by the traditional Sinocentric worldview. Overall, however, a substantial majority of the Japanese public professed positive feelings toward China from the 1970s up until 1989.

From 1989 on, the percentage of Japanese who viewed China favorably dropped in response to a number of developments, including the Tiananmen Square Incident, nuclear testing, and missile tests aimed at Taiwan in the mid-1990s. But this was not a period of continuous decline in pro-Chinese feelings, contrary to what one often hears.

Until 2004, the lowest favorability rating toward China was recorded in 1996. In the middle of the following decade, however, pro-Chinese sentiment among the Japanese dropped sharply in response to the jeering and hostility directed at the Japanese soccer team and fans during the 2004 AFC Asian Cup in China and the anti-Japanese protests of 2005. Attitudes improved somewhat under the administration of Prime Minister Shintaro Abe, only to take another turn for the worse in the wake of the 2008 discovery of tainted frozen gyoza (meat dumplings) from China.

Japan today differs from China in that nationalistic sentiment here is relatively weak. Ours is a "postmodern" society in which people are much more concerned with practical day-to-day affairs than with ideology or matters of state and nation, and this orientation is reflected in the way the Japanese perceive China.

(3) Recognizing the Need for Strong Ties

The Japanese people know that they have benefited from China's economic growth and development. Despite rising emotions, most people here are of a practical bent and would prefer Japan to have good relations with China. Ideologically speaking, Prime Minister Abe is probably more conservative and nationalistic than his predecessor, Jun'ichiro Koizumi. Nonetheless, upon taking office he immediately traveled to China to repair the diplomatic ties that had deteriorated during the Koizumi years because he knew that the Japanese people wanted to improve their relationship with neighbors in China, South Korea, and other Asian countries.

(4) The Importance of Cultural Bonds

One aspect of Japan-China relations that US and European scholars are apt to overlook is the deep cultural bonds between our two nations. Classical Chinese writing and poetry is taught in our schools as part of regular language education. In this and many other ways, Japanese and Chinese culture are closely bound.

The Chinese repeatedly protested Prime Minister Koizumi's visits to Yasukuni Shrine to pay his respects to Japan's war dead, and some Japanese lashed out in response. But these tensions did not prevent the Japanese from crowding enthusiastically into museum exhibitions of Chinese cultural artifacts. In China, meanwhile, a burgeoning interest in Japanese popular culture has given young people a growing affinity for contemporary Japanese society.

(5) The Need for Multiple Information Sources

In the wake of heightened tensions in 2004 and 2005, the percentage of young Chinese with a negative view of Japan rose. Yet paradoxically, the number of young people in China who say they like Japan has increased as well. These two contradictory trends occurred simultaneously. In fact, in the city of Guangzhou, opinion surveys taken before and after the anti-Japanese protests there indicated that the percentage of young people favorably disposed toward Japan actually increased. China, apparently, is a nation where diametrically opposed developments can occur at the same time.

Relying too heavily on limited sources of information can result in an oversimplified and distorted view of Japan-China relations. One is bound to go astray if one looks exclusively either to Japanese or Chinese sources. To properly understand the relationship, scholars and observers need to avail themselves of a range of information resources from both Japan and China.

(1) What Does Japan Want from China?

Japan has an interest in China's stable development. Chinese society today is in the throes of modernization, and people in Japan can only hope China will reach the postmodern phase as soon as possible. China's values now appear narrowly focused on money and power and there seems to be a feeling that bigger is better. Japan went through a similar phase in the 1960s and early 1970s (without the military element), but the combined impact of the oil crises of the 1970s, severe environmental problems, and the collapse of the 1980s bubble economy showed that "small is beautiful." People in Japan believe that China must undergo a similar transition if it is to achieve sustainable development. But that will take time.

(2) What is Japan's China Strategy?

Japan's strategic policy vis-à-vis China should be understood not as one of containment but as a mixture of engagement and "hedging." Japan seeks to enjoy good relations with China without compromising its strong ties with the United States. Although there is no wish to interfere in other countries’ affairs, Japan would like to see China evolve into a democratic nation with a more pluralistic political system, but the transition should be a nonviolent one.

In a sense, the state of Japan-China relations is a barometer of the Chinese government's strength and stability. Chinese leaders tend to fall back on hard-line measures when their power base is insecure. Over the past nine years, during periods when President Hu Jintao enjoyed strong support, China's attitude toward Japan was basically cooperative. A key factor in Japan-China relations going forward will be whether China's next leader can maintain a secure power base while in office.

The leadership of the CCP is at all times conscious of how its actions are perceived by the Chinese public. China's leaders consequently face a dilemma: On the one hand, it is tempting to fan nationalist sentiment to shore up public support; on the other hand, government efforts to instill such sentiment through the schools and social institutions have ultimately had the effect of narrowing the government's policy options.

In addition, although the government controls the traditional media very tightly, the Internet, cell phones, and other new media now offer citizens access to nonofficial information sources, putting Chinese leaders under pressure to curry favor through public grandstanding. Most of the means by which democratic governments can gauge public opinion are unavailable to Chinese leaders. The costs of maintaining one-party rule have become quite high.

An ongoing source of concern is rising regional tensions caused by China's behavior vis-à-vis disputed maritime borders. Although more than 60 years have passed since the founding of communist China, questions of historical legitimacy and sovereignty linger. Meanwhile, pressure from contending domestic interests—diplomatic and energy officials, the coast guard and navy, and the petroleum and fishing industries—make it difficult for Beijing to build a consensus. Although Hu Jintao made the decision at one point to begin work on a treaty on joint oil and gas exploration with Japan in the East China Sea, domestic opposition has prevented any progress on the issue.

(5) Economics, Trade, and the Environment

Originally, most Japanese investment in China was by manufacturers seeking to reduce the cost of producing goods intended for sale in the Japanese and US markets. But Chinese incomes have risen sharply, and in the past two or three years smaller businesses in the cultural industries and other sectors have been setting up shop in China as well. From Japan's standpoint, the growing purchasing power of Chinese consumers presents a valuable opportunity. At a time when Japanese and American consumption are no longer sufficient to power growth, Japanese companies are increasingly looking to tap the Chinese market.

Bound in a close economic and trade relationship, China and Japan businesses have tended to make rational choices. For most Chinese citizens, economic and trade issues are separate from territorial spats, as evidenced by the short time it took for the number of Chinese visiting Japan to rebound after the Senkaku Islands incident in the fall of 2010.

Where the environment is concerned, political tensions are more apt to have a negative impact, although some areas lend themselves more readily to cooperation than others. While individual Japanese companies have highly advanced environmental technology to offer, they have yet to develop a coordinated strategy for expanding in China. 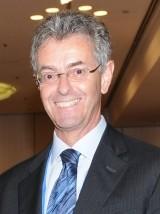 Risk Communication in Relation to Food