After pushing through a controversial package of defense bills in 2015, Prime Minister Shinzo Abe and other top officials of the ruling Liberal Democratic Party pledged to turn their full attention to the economy. This called to mind the early 1960s, when the LDP under Prime Minister Hayato Ikeda shifted its focus “from security to the economy” after the bitter conflict over renewal of the Japan-US Security Treaty under Prime Minister Nobusuke Kishi, Abe’s grandfather.

National security has long been the focus of ideological conflict in Japanese politics. The basic issues that have pitted left against right, liberals against conservatives, since the 1950s are revision of Japan’s pacifist postwar Constitution; the status, role, and capabilities of Japan’s defense forces under that Constitution; and Japan’s security relationship with the United States. As a political issue, security represents the kind of polarizing, zero-sum contest in which only one side can emerge triumphant. This explains why the Abe cabinet’s 2015 security legislation fueled the biggest public demonstrations since the 1960 Anpo protests.

Economic policy has traditionally been much less divisive in Japan. As long as the pie kept expanding through economic growth, creating a plus-sum game, it was relatively easy for the ruling and opposition forces to find common ground. Public support for the cabinet and the LDP plummeted during the Kishi administration, but it rebounded sharply as the Ikeda cabinet pursued its “income-doubling plan.” Tensions in the Diet eased as well. “Down with income doubling!” is a tough sell, after all.

Since 2015, Abe has pursued a dual strategy, deftly alternating between the hardline ideological stance embodied in the Kishi cabinet and Ikeda’s pragmatic economic thrust, generally identified with the LDP mainstream. Where economic policy is concerned, “Abenomics,” with its emphasis on monetary and fiscal expansion, is fundamentally aligned with the mainstream LDP strategy of distributing (or doling out) benefits to key constituencies to consolidate power and neutralize the opposition. The LDP tradition of pork-barrel politics lives on in Abe’s fiscal stimulus programs, such as the plan for “promoting national resilience” through public works projects. When it comes to security, on the other hand, Abe clearly reveals his roots as the grandson of Kishi and a member of the hawkish Seiwakai faction within the LDP, founded by Kishi’s protégé, Takeo Fukuda. 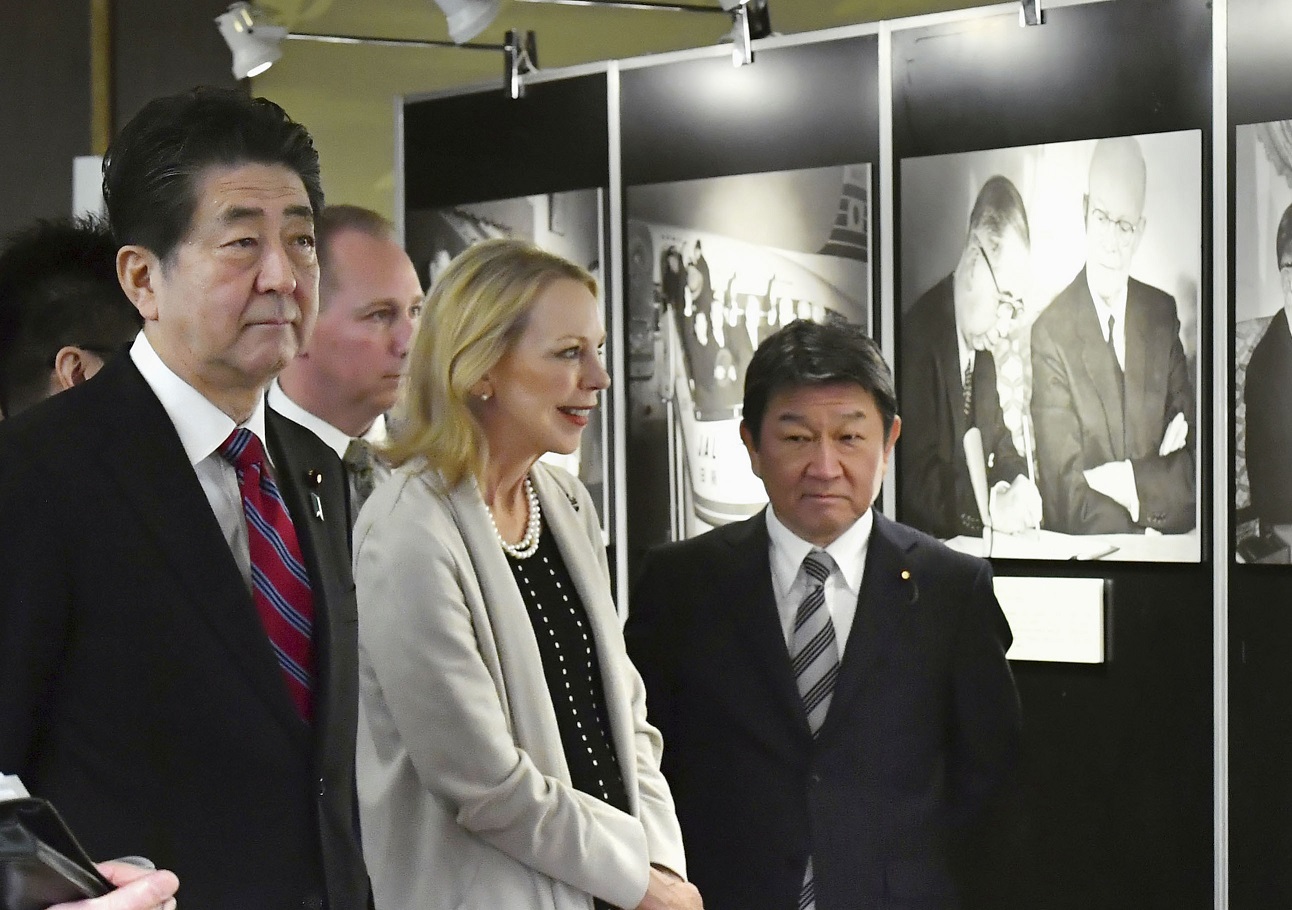 Through his expansionary economic policies, Abe has boosted his public approval rating and accumulated political capital, which he has used to pursue more controversial goals, including revision of the Constitution. (Another portion of that surplus capital has been used to mitigate the impact of the scandals that have emerged during his administration.) Each time the cabinet’s approval rating plunges, Abe has recovered by pulling the focus back to the economy. This, in a nutshell, is the Abe government’s  “political business model.”

Of course, Japan has changed fundamentally since the Ikeda cabinet managed to unite the nation behind its income-doubling plan. The rapid economic growth of the 1960s is now a distant memory. In the context of Japan’s chronically sluggish or zero growth, economic policy can no longer be treated as a plus-sum game; one group’s win will now result in another group’s loss. One of the few ways the Abe government can continue doling out benefits is through massive borrowing, which shifts the burden to future generations—cutting away at their slice of the pie and distributing it to those who determine the outcome of today’s elections.

In September last year, right after a cabinet reshuffle, Abe publicly reaffirmed his commitment to not one but two hot-button issues: constitutional revision and wholesale reform of the social security system. The former is a recipe for ideological strife. The latter sets up a fierce zero-sum contest over burdens and benefits. The current social security system was designed with a growing population and a booming economy in mind. Replacing it with a sustainable system reflecting today’s economic and demographic realities will be virtually impossible without threatening the interests of the elderly—who, with their large numbers and high voter turnout, have an outsized impact on elections. Is Abe prepared to accept the consequences of action on both fronts?

This may be the year that the Abe cabinet’s political business model faces its ultimate test.