Risk Communication in Relation to Food

How should the government respond to public anxiety about the safety of food? The process by which the British Food Standards Agency explained the risks of BSE to the British people and obtained their understanding and confidence gives some important ideas for risk communication.

Lord John Krebs, member of the British House of Lords and the first chair of the British Food Standards Agency (FSA) (2000-05), who was visiting Japan to attend a scientific symposium, was invited to a meeting held on September 13, 2008. Representatives of Japan's government, including Dr. Takeshi Mikami, chairperson of the Food Safety Commission, members of the Ministry of Health, Labor, and Welfare (MHLW), journalists, people involved in consumer affairs, researchers, and members of the business world also attended the meeting.

After brief presentations by Lord Krebs and Dr. Mikami on their experiences regarding food safety risk communication in their respective countries, a lively discussion followed. Lord Krebs outlined the communication process by which the FSA, established in 2000 due to the panic that gripped Britain in the wake of the outbreak of bovine spongiform encephalopathy (BSE), explained the risks of BSE to the British public and obtained their understanding and confidence.

BSE-infected cows were first discovered in Japan in 2001, leading to the establishment of the Food Safety Commission (FSC) in 2003. Japan's BSE countermeasures to date have consisted of testing all cattle, imposing restrictions on feed, and removing specified risk materials from slaughtered animals. The MHLW announced that in its view there was no increase in the risk of infection of cattle less than 21 months old, and that it would therefore cut subsidies for BSE testing effective from the end of July 2008. Local authorities opposed to this are continuing to provide the subsidies out of their own budgets.

A member of the Japanese administration noted: "The FSC has held over 300 meetings to exchange views with members of the Japanese public, of which over half were related to BSE. However, it is the same people who attend every time, and so it is extremely difficult to get the views of the FSC to reach the silent majority. We have not yet managed to win the confidence of the people." The administration expressed the view that with respect to BSE and other food safety issues, there is a strong tendency for the Japanese people to demand absolute zero risk.

But this is surely not a question of the Japanese people's national character-it is a question of government PR, or, in other words, mutual communication between the government and the public. The extent to which the public can be expected to understand food safety issues not only depends on their evaluation of risk on the basis of scientific evidence, but also depends greatly on the presentation of the explanations.

Lord Krebs stated that as chair of the FSA, he made active media appearances: "As a strategy for dealing with the media, I carried out intensive, repeated training in the correct way to answer questions on television or the radio in order to get the message across, and in how to cope with difficult questions. I had the training videoed, so that I could check in detail for problems in the way I answered questions." He also noted: "There is great diversity in the newspapers, which range from the tabloids to the regular papers, and circulation figures are a matter of life or death for all of them. One needs to have a good understanding of the journalists who are in this situation, to be fully committed to one's own views, and to argue one's case again and again, even with tough-negotiating journalists. It is essential to be aware that the media performs the function of a necessary channel, and is by no means the enemy." The FSA has nearly 30 risk communication officers, and includes former members of the British Broadcasting Corporation and other media organizations. It would appear that Britain has used a strategic approach in building up its method for informing the public.

Next was a discussion on genetically modified (GM) food. Problems have recently arisen in Japan regarding the way GM food is labeled, and the discussion with experts from Europe and America covered worldwide trends in GM food.

Tomato paste produced using GM ingredients went on sale in Britain in 1993. It was labeled as being genetically modified, and it enjoyed brisk sales, as it was cheaper and sweeter than similar products. However, as a result of a fierce anti-GM campaign waged by environmental groups from 1998 onward, the British people shifted almost overnight from accepting GM to outright rejection. In an Internet survey carried out at the time into whether people opposed GM or not, 37,000 people came out against it. Now, however, while there are still plenty of people arguing against GM in the media or on the Internet, positive opinions of GM have started to appear in random surveys of the general public carried out by universities and other institutions.

The United States, on the other hand, where GM corn, soybeans, and other crops are produced and consumed in great quantities, has seen none of the problems found in Europe. Nonetheless, there has been criticism that the use of patented strains to produce cheap, resilient food crops could lead to a monopoly over agriculture.

The degree of acceptance of GM food varies from country to country. In Japan, there have been various uproars, such as snack food manufacturers carrying out voluntary recalls of snacks found to contain GM potatoes. This has not, however, stopped the distribution of GM soybeans, vegetable oil, and other products. There have been no significant anti-GM campaigns in Japan, unlike Britain and the European Union, where GM crops under experimental cultivation have been destroyed in protest. However, as the general public has yet to fully understand and accept the scientific basis for these crops, it is hard to tell when anti-GM sentiment might swell.

The Shape of Risk Communication in Japan

A series of problems relating to food has arisen recently in Japan, including poisoned frozen gyoza dumplings and green beans imported from China, dairy products from China containing melamine, contaminated imported and domestic rice, and unclean well water used by Itoham Foods in its products. This has made the Japanese public extremely sensitive to food safety issues. With the poor handling of these problems by the administration increasingly coming to light, people simply do not know what information, from which source, to believe. Another aspect of the problem is that sensationalist reporting in the media has incited excessive anxiety among many people. The government, businesses, and the media should be providing the public with facts in an open, appropriate fashion, but the people are being manipulated by one-way information provision. People are demanding to know how to obtain information that they can trust, and, furthermore, what systems are trustworthy.

Britain and Japan are different in terms of both their political situations and their cultures. However, when Britain established the FSA, there were a great many staff members with the conservative mindset of "when in doubt, keep it quiet"-as has been seen in Japanese companies and administrative agencies. Lord Krebs succeeded in gaining the trust of the British people by a drastic reversal of this policy, insisting instead on the approach of "bring everything into the open even in times of doubt." As a result of this openness, the level of confidence in the FSA is an extremely high 75%. It is, of course, important for Japan to build a PR strategy through a methodology that incorporates training and includes members of the press, but risk communication in Japan also needs to make a radical shift toward this policy of openness.

The Japanese government convened a council to examine how best to provide information regarding the safety of foodstuffs in 2008. There is likely to be great interest in the future in the nature of the government's PR activities covering risk communication in relation to food.

This event was hosted by the Tokyo Foundation in cooperation with Ajinomoto Co., Inc. and Litera Japan Corporation. 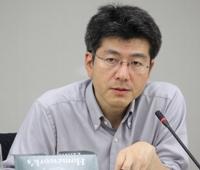 Navigating the Rocky Japan-China Relationship: Report on a Workshop with the Mansfi...

The International System after COVID-19

Keeping the TPP On Course