Fintech-based financing has been thriving in Japan, filling a gap in the COVID-19 cash crunch. Financial innovation expert Ryoji Kashiwagi discusses the broad impact digital banking is likely to have henceforth and the regulatory challenges to be overcome. The text is based on the Q&A segment of the Brown Bag Lunch seminar, hosted by the Foundation, on June 22, 2020. The interviewer is policy adviser Masao Nishikawa.

——Fintech has emerged as an important tool in providing financial services following the outbreak of COVID-19. But its impact on businesses, industry, and people’s work styles well exceeds its usefulness during a pandemic. What role do you see for it going forward?

RYOJI KASHIWAGI I think it’s going to have a profound impact. First, it will diversify financing options. On a personal level, people will be able to turn to funding sources beyond consumer finance. Businesses can take advantage of services like crowdfunding, transactional lending, and factoring. They’re small, short-term financing, but they’re efficient and can broaden credit options so that small businesses and sole proprietorships can put their ideas into practice.

Another way fintech will change our lives is exemplified by Uber, where the simple addition of a financial service can generate a new business model. This can be applied to subscription services as well, which are commonly offered through credit card transfers. By adding a financial function to one’s business portfolio, companies can operate more strategically, such as by introducing dynamic pricing or offering usage-based services.

The third, and possibly biggest, impact will be the creation of a market for digital data on payments and deposits/withdrawals, which had been held privately by the financial sector until now. There are security and privacy issues to consider, of course, but the availability of information on financial assets will have a huge impact.

——What are some of the policy challenges in expanding the fintech business? Can you share your thoughts on the major hurdles and how they may be overcome?

KASHIWAGI I believe that Japan’s Financial Services Agency has moved swiftly since around 2016, even by global standards. But venture investments have been slow, compared to, say, China. Finance is an industry that handles money. Businesses that require a certain volume of capital won’t succeed in the absence of a mechanism to ensure a flow of funds.

One big bottleneck is that banking laws are too restrictive. One good illustration of this is that an online retailer like Rakuten can start a bank, but a bank can’t launch an online shopping site. The laws have been eased somewhat, but you have to give major banks, which are in a position to move large chunks of capital, more leeway to invest in new technologies and platforms.

Mizuho, for example, established subsidiaries to provide venture capital and pursue open innovation strategies with business partners. They’re conducting pilot tests and launching new initiatives. But why does Mizuho have to set up affiliates to do these things?

A bill is currently before the Diet to amend the Payment Services Act. An earlier revision enabled nonbanks to provide settlement services, but this time, the one-million-yen limit imposed on nonbanks will be eased, allowing them to settle higher amounts depending on three levels of risk. Meeting the highest risk level criteria would allow non-banks to settle without a cap. Other steps to deregulate or revise financial rules are being advanced by the Financial Services Agency in keeping with market needs and risks. But banks, for some reason, remain tightly regulated. Rather than being the beneficiaries of a freer market, they are often asked to adopt additional measures, such as accommodating open APIs to allow third-party developers to build applications and services. I believe banking rules are too restrictive.

——The European online payment processor Wirecard became insolvent following a financial scandal. There are fears that financial supervision can’t keep up with the pace of technological innovation. How should the financial sector be audited and supervised to ensure healthy development?

KASHIWAGI I think the Financial Services Agency did a good job of fairly quickly developing legislation and consolidating a supervisory structure for virtual currency transactions. There are always going to be grey areas, so measures to deal with them will be important.

It should be noted that the FSA has been taking a proactive approach to such grey areas. It set up a fintech support desk so companies can ask how their ideas for a new business would be interpreted by existing laws and regulations, including whether they might be in violation of them, and receive prompt responses.

Startups can also take advantage of regulatory sandboxes to conduct live, supervised experiments in a controlled environment, allowing them to ascertain user needs and potential responses before launching a new business. In that sense, it would be hard to imagine an unknown Japanese company slipping through the FSA’s regulatory net to offer questionable services. That said, regulatory vigilance would be more difficult if a foreign company offering a highly popular service were to suddenly launch operations in Japan.

I believe that the regulatory framework for virtual currencies and crypto assets in Japan is among the world’s best—it can probably serve as a model for other countries. The laws governing the banking industry and other businesses, though, seem somewhat outdated, hindering their efforts to deal with new market developments. Many of the legislative revisions in recent years have been aimed at encouraging new market entrants, but I think we need to think about improving the asymmetric regulations for existing players as well.

Click to view the video and presentation materials of the seminar (both in Japanese only). 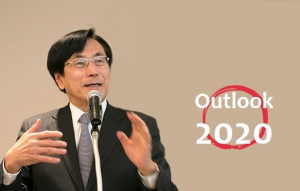 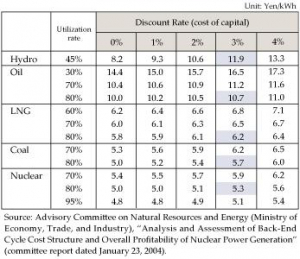