Structural Changes in Industries and the Reduction of Inequality: The World after Coronavirus

The coronavirus pandemic will slow the tide of globalism while strengthening community ties. This, argues Keiichiro Kobayashi in a commentary originally published in the Nihon Keizai Shimbun, could help to reduce inequality as momentum builds for increased taxes on high income earners.

Humanity’s struggle with the novel coronavirus disease may turn into a long-drawn-out war. Numerous economic estimates using a model of disease spread (an SIR model) have been published, such as in papers by Professors Andrew Atkeson of UCLA and Martin Eichenbaum of Northwestern University. They say that to minimize the sacrifice of human lives, Europe and the U.S. must continue their current strict lockdowns and restrictions on activity for another eighteen months.

Similarly, a year or more of restrictions on activity—even more severe than what is enforced now—would be necessary in Japan.

However, once the crisis ends, will the novel coronavirus be eradicated? One can imagine that it will become normal for people to be vigilant with social distancing and mindful of the cleanliness of their hands, in order to prevent infection. Eating out and traveling will no longer be the carefree activity they once were—they will present greater psychological hurdles that must be overcome.

The food and beverage (F&B) and tourism industries have experienced considerable declines, while new online service-based businesses are popping up one after another. School classes, medical checkups, business negotiations, and all kinds of communication is moving online, and working remotely will become the norm in many industries. The structure of industries and companies will also change as people’s residences and workplaces become more geographically scattered.

This may spark a reversal of the trends of globalism and increasing inequality that have shaped the post-1980s world.

Since war with an infectious disease means that an individual’s actions influence the lives of those around them, the idea of “community” based on geographical proximity will need to be reexamined. The ties of national and local communities will strengthen, while globalism will be slowed.

This way of thinking also makes it easier to argue for improving social security, in order to strengthen social cohesion and help those in need, which would ultimately help to reduce inequality. A significant increase in social security coverage through increased taxation of high income earners is the same structure discussed by Professor Thomas Piketty of the Paris School of Economics, who states that in a society whose bonds are strengthened by war, people agree to taxing the wealthy more heavily, leading to reduced inequality.

So how will the shock of the pandemic change Japan’s finances and social security? It has already brought to light a variety of disparities involving part-time employment, freelancing, and other non-standard forms of working. Since many people with diverse workstyles have lost income due to the restrictions on activity put in place to fight the virus, many are calling for cash benefits to be distributed to cover living expenses.

That would make it possible to build a system comparable to the UK, where an account number is tied to a personal identification number which allows the government to see individuals’ total income and financial assets in real time. Then, a suitable amount could be provided as a cash benefit while fighting the virus. Such a system could also function as crucial new social security infrastructure, even after the pandemic is over.

It will also become a realistic choice for the government to introduce a system which guarantees a minimum standard of income to all people, regardless of their form of work, otherwise known as a basic income policy. Thus, the pandemic may open the door to a major trend toward reducing inequality, as seen in developed countries after World War II. 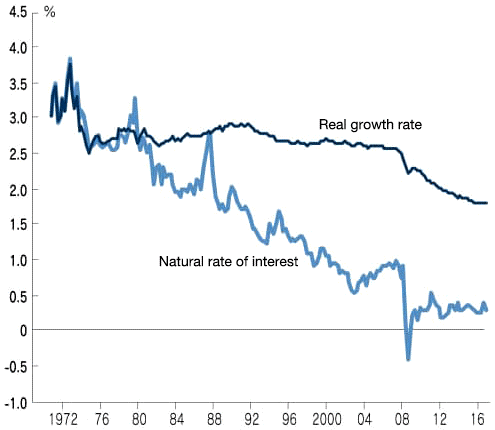 As the coronavirus pandemic is changing the structure of industries, many companies will have to change their field of business several years from now. For example, for a company to switch from F&B to an online business, it needs to have risk capital or venture capital. Small and medium-sized enterprises (SMEs) need additional capital, as they cannot raise enough funds with loans alone.

The government has decided on a policy of distributing cash benefits, or grants of no more than ¥200 million (~US$1.86 million) to SMEs (and ¥100 million [~US$931,000] to freelancers and other sole proprietors), as an emergency economic stimulus. However, rather than a cash pay-out, it would be easier for taxpayers to support if it were described as an “investment” on which they could earn dividends when a given company recovers, generating more money.

Japan’s private sector in general also has excessive liquidity and massive internal reserves. SMEs are in dire straits due to the pandemic, and President Yasunori NAKAGAMI of Misaki Capital has pointed to the possibility of a plan, in which private companies with abundant capital could buy them out and the government and public financial institutions could use public funds to participate in the fundraising process. Encouraging companies to buy out the SMEs reduces the chances of cases of moral hazard, so this is more efficient than a cash stimulus. The government will waive its voting rights as stockholders and will be neutral on matters of management as well.

The pandemic will exhaust operating capital for certain industries, so it will be necessary to provide capital support backed by public funds in a way that does not infringe on the autonomy of the stock market.

With regard to individuals, the government’s proposal (¥300,000 cash benefit per household, or US$2,800) will not be enough for them to rebuild their livelihoods if the pandemic continues for years to come. The government will have to eliminate all preliminary procedures and means-testing, so that the system can get cash into people’s hands immediately. That money is, in a sense, risk- or venture capital that will allow people to rebuild their lives—an “investment,” so to speak.

Keeping people afloat during a prolonged pandemic would require a stimulus of ¥100,000–¥150,000 every month (US$930–$1,400). The intention would be for the recipients to take risks to rebuild their livelihoods by changing their field of work or starting a business, etc. It would not be easy for taxpayers to agree with a policy that provides large pay-outs to certain or particular people; an investment on which they could receive “dividends” after the fact, rather, would be more likely to gain support.

Formally, investments in individuals may be made as “cash benefits with an income-dependent repayment condition,” which are collected based on income ex-post. First, the person who claims the benefits will receive funds for living expenses continuously for one year, unconditionally and without means-testing, and after three years, the tax will be added to the income tax when taxes are year-end adjusted at the time of final reporting. This will be implemented over multiple years. Once the appropriate amount of additional tax is determined, the benefits can be substantially recouped with interest.

The full amount would be collected in taxes from those who have successfully rebuilt their livelihoods and have become high earners after receiving the benefits. Meanwhile, those who remain low earners will be exempt. This can be implemented if the benefit system is managed with personal identification numbers (the My Number system). This is a real investment, where the government bears the risk on behalf of the individuals. It also makes it possible to distribute the necessary amounts of money to the people who need it through income-related additional taxation after the fact.

From a macroeconomic perspective, this pandemic may put an end to the recent global trend of “low interest and low inflation” caused by global over-saving (so-called “secular stagnation” (see figure)). As a countermeasure to the pandemic, governments all over the world are spending massive sums and their excessive saving behavior is decreasing. In the post-coronavirus world, interest rates may normalize and return to 1980s levels. Meanwhile, governments will incur enormous debts. It is a time-tested fact that “inflation happens when government debt reaches extreme levels.” Perhaps this is the beginning of a worldwide financial inflation experiment.

Reprinted with permission from the website of the Research Institute of Economy, Trade, and Industry. Translated by RIETI from Nihon Keizai Shimbun, Keizai Kyoshitsu, April 15, 2020. 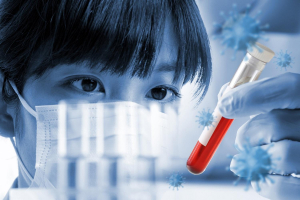 Japan Needs to Step Up Its COVID-19 Testing Capacity