The dropping of atomic bombs during World War II have rarely been politicized in Japan-US relations, thanks to efforts on both sides to manage the narrative. But vigilance is needed to prevent regional players from using the issue to drive a wedge between the Pacific allies.

On Aug. 6, 1945, an American B-29 named the Enola Gay dropped and detonated a five-ton atomic bomb over the Japanese city of Hiroshima. The bomb’s 15-kiloton explosion claimed the lives of about 70,000 people instantly. While there’s some debate about the total number of individuals who ultimately died because of bomb-related injuries and radiation poisoning, the total number of fatalities likely exceeded 100,000 and potentially even 200,000.

Despite the colossal damage that the American military inflicted on Hiroshima, and subsequently on Nagasaki on Aug. 9, 1945, Japan soon would develop a warm, productive relationship with its war-time rival that has lasted to this day. According to a national survey of 1,586 Japanese citizens that we conducted this May, residents of Japan rank America as their best economic and military ally today and also in 20 years, when compared to other large, wealthy countries. Favorable views about America extend outside foreign policy into Japan’s culture, food and products, which have been deeply ingrained into the fabric of Japanese cultural and social life.

On the heels of one of the most devastating military defeats in human history, how has this pro-American sentiment been sustained for so long in Japan, and why has the dropping of atomic bombs, a potentially deeply divisive issue, rarely been politicized in the U.S.-Japan relations?

The seeds of the positive relationship were sown in the immediate post-war period. The decision to keep the imperial house and to forgo severe compensations was received well by most Japanese worn out by the long years of sacrifice during the war. The U.S. leadership actively sought to instill a positive image of America and turn Japan into a reliable democratic ally in the shadow of the emerging Cold War. America’s great post-war wealth enabled it to generously bestow money on rebuilding Japan; cultural and educational institutions such as major universities and media were consequential recipients of resources from the Rockefeller Foundation, American Cultural Centers and others. Japanese policymakers and opinion leaders embraced America’s largess, and the Cold War reality in Asia compelled both Japan and the U.S. to maintain a strong alliance that served their mutual geopolitical interest.

While these structural and economic factors played key roles in creating a positive relationship between the two nations, we should not overlook the importance of concerted efforts by both sides to manage the narrative about the war. The issue of atomic bombs is a particularly salient and potentially explosive issue for U.S.-Japan relations. It is at the very core of post-war Japan’s national identity, as evidenced by all the national attention to annual anniversary events on Aug. 6 and Aug. 9, the popular culture products and school materials on the topic, and the exceptionally generous welfare benefits provided to victims.

After initial suppression of discourse around the atomic bombs in the occupation period, the Lucky Dragon incident in 1954, in which a Japanese fishing boat and its crew were exposed to radiation from the Bikini Atoll thermonuclear experiment, ignited anti-U.S. sentiments in Japan. Framed as “the third atomic bombing of Japan,” this incident helped launch anti-nuclear campaigns in earnest with Hiroshima and Nagasaki as the epicenters. Similar ideological currents carried over to student activism of the 1960s and 1970s that targeted the U.S.-Japan alliance and featured discourse condemning American imperialism with some reference to atomic bombs. Once Japan became a wealthy nation, however, these leftist campaigns would turn their focus inward to Japan’s own problems, highlighting its wartime aggressions in Asia.

The political right in Japan also included anti-U.S. elements that resent Japan’s lack of autonomy in political and military affairs. However, being closer to the ruling Liberal Democratic Party, conservatives recognized the value of the U.S.-Japan alliance and tried to minimize conflict by not bringing up Hiroshima and Nagasaki as a political issue.

These political and ideological factors explain the lack of diplomatic conflict around the atomic bomb strikes, despite the salience of the issue in post-war Japanese identity. One can see this as a success of American cultural diplomacy and nation building. But even if we subscribe to that notion, we should not sit on our laurels. Old wounds that have been hidden could come back to haunt diplomatic relations. For a striking example, the issue of comfort women was a non-issue diplomatically for several decades after 1945 but since has reemerged with a vengeance, haunting Japan-South Korea relations for the past few decades.

There are some small signs that the political left in Japan is moving back to emphasizing Japan’s victimhood in World War II, linking the U.S. base issues in Okinawa with Hiroshima and Nagasaki. The right, emboldened by America’s perceived withdrawal from Asia, are revisiting the dropping of atomic bombs, arguing that it is a bigger crime than Japan’s war crimes in Asia. These discourses have yet to become mainstream narratives in Japan, but some vigilance is necessary in the coming years; China, Russia and other players in the region could use the atomic bombing issue to drive a wedge between the U.S. and Japan.

Building a lasting alliance takes decades, but its collapse can be precipitous unless the partners continue to invest in its maintenance. 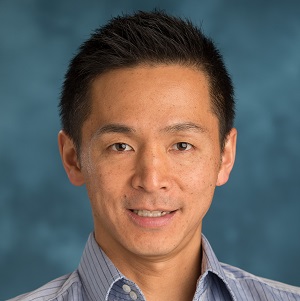