Speculation about a consumption-tax cut has resurfaced in the wake of Prime Minister Abe’s sudden decision to resign. In this commentary, written before Abe’s successor was chosen, Takero Doi highlights the political and economic hazards of such a step.

On August 28, after almost eight years in office, Prime Minister Shinzo Abe announced his resignation as president of the ruling Liberal Democratic Party. Perhaps owing to the suddenness of his decision, Abe has left his LDP successor with no clear roadmap, leaving considerable room for speculation about the new administration’s short- and long-term policies.

Initially, controlling the COVID-19 pandemic will remain at the top of the government’s agenda. This will be an early test of the new prime minister’s crisis-management abilities, but it will be a test of limited duration. Of course, we cannot be sure when the epidemic will be under control, and vigilance will doubtless be required for some time to come. But the fire will not burn indefinitely. In the following, therefore, I would like to focus on the government’s post-pandemic economic challenges, with a focus on tax and social security policy.

Some will assume that the new administration’s top economic priority will be measures to stimulate consumption and revive business in the wake of the coronavirus crisis. But longer-term issues like social security cannot be put on the back burner, even in the midst of a business slump. After all, whatever the business climate, millions depend on tax-supported healthcare, long-term care, pensions, childcare, and other social benefits on a day-to-day basis.

We must also keep in mind that the coronavirus slump is mainly the result of external constraints driven by concern over the virus’s spread. Once those constraints are gone, economic activity will pick up again. While there is no telling when it will return to pre-COVID levels, a post-pandemic rebound is inevitable. Stimulating the economy will doubtless be one priority for the new administration, but it is unlikely to remain at the top of the agenda once the recovery is underway.

Meanwhile, Japan’s demographic time bomb continues to tick. In 2022, the oldest of the nation’s baby-boomers will turn 75, and by 2025, all of them will be 75 or older. The per-capita cost of healthcare and long-term care will soar to unprecedented levels. This is a critical challenge facing the nation over the next few years. It stands to reason, therefore, that social security must be a top policy priority for the new government.

Simply continuing with the current policy on taxes and social security may seem like the safest bet, but it is actually a recipe for failure.

The second Abe cabinet followed a (previously adopted) policy, dubbed the “comprehensive reform of taxes and social security,” which called for raising the consumption tax from 5% to 10% to finance increases in social security spending (later expanded to include preschool subsidies). With the latest 2-point increase, in October 2018, the consumption tax reached the target rate of 10%, and there are no further provisions for funding Japan’s ballooning healthcare and pension costs.

By the way, those who contend that the consumption tax is not supporting the social security system as intended are making false claims. In the budget approved by the National Diet every year, revenues from the consumption tax are earmarked for the four social security categories of childcare, pensions, healthcare, and long-term care. As long as the highest organ of the state ordains it, these four spending categories are the only legitimate use for revenues from consumption-tax increases.

As noted above, the “comprehensive reform” policy stops at raising the consumption tax to 10%. The Abe cabinet did get as far as establishing a panel to deliberate the next phase—“building a social security system oriented to all generations”—but not as far as drawing up a plan. As a result, the new LDP administration has been left to navigate without a map. And this could prove a perilous voyage indeed unless the government first buttresses some major weaknesses in Japan’s current social security system, especially with healthcare services being overstretched in the face of the COVID crisis.

Pitfalls of a Tax Cut

Another closely related issue facing the new administration is whether to implement a consumption-tax cut to stimulate the economy. As mentioned above, revenues from the consumption tax are dedicated to the funding of social security programs. Nonetheless, with Germany and other countries implementing a temporary cut in the value-added tax, domestic pressure has been mounting for a similar reduction in Japan’s consumption tax. Is such a break in the cards?

Abe did not come to power in 2012 in order to raise the consumption tax. Even so, the two increases his administration pushed through may be among the most significant achievements of his long tenure. A cut would negate that achievement. It would have been one thing for Abe to temporarily reverse himself in response to the COVID-19 slump. But for his successor in the LDP to do so would be a flat-out rebuke of the previous administration’s policies.

In addition, if the new administration were to take that step, it would have to explain how it intended to offset the revenue shortfall. Scale back the social security benefits and preschool subsidies financed by the last increase? Find another source of tax revenue? Float more bonds and add to the public debt? The cabinet would need to offer a specific plan or face accusations of fiscal irresponsibility.

Assuming that the new cabinet remained in power for more than a year or so, it would also face the unpleasant task of rescinding the cut and returning the consumption tax to 10%. It is easy enough to call for lower taxes; raising them, on the other hand, is politically unpopular. It would be pointless for the prime minister to implement a tax cut that he himself will be obliged to reverse in due course. Most prime ministers would rather spend their time and political capital on substantive policy goals instead of tax increases.

Some might argue that it should be possible to fund social security by some means other than the consumption tax. As a practical matter, however, it is quite difficult to find a substitute for a tax that generates roughly ¥2.5 trillion for every 1-point increase.

Making the income tax more progressive could boost revenues while reducing income inequality, but simply raising taxes on the wealthy would not suffice to offset the ¥2.5 trillion lost through a 1% consumption-tax cut. For that, income taxes would need to go up for everyone earning more than about ¥5 million a year, meaning that middle-income households would take a hit.

Raising corporate taxes would cause companies to move their operations overseas at the cost of Japanese jobs. And little would be accomplished by raising the inheritance tax, which currently brings in less revenue than that generated by a 1% differential in the consumption tax. Certainly, there are aspects to the tax code that could benefit from revision, but we should not expect a windfall from such changes.

Given the structure of Japan’s tax system, it is difficult to imagine how the new administration would offset the lost revenue if it were to support a consumption-tax cut. It would only invite harsh criticism from the standpoint of long-term economic policy.

Regrettably, the contest to replace Abe as Liberal Democratic Party president was virtually devoid of substantive policy debate. It remains to be seen whether the new administration has the vision and leadership to forge a viable post-pandemic economic policy for the coming decade. 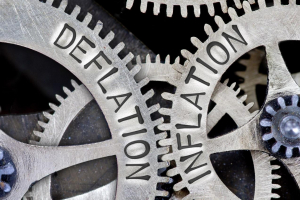