Yukichi Fukuzawa’s Outbreak Communication: A Lesson in Conviction and Flexibility

One of the great challenges of the COVID-19 pandemic has been effective communication with the public. Historian Kaoru Iokibe explores the techniques used by the great nineteenth-century reformer and educator Yukichi Fukuzawa to reassure a public alarmed by the specter of cholera.

At an October 2020 symposium on historical perspectives on the COVID-19 crisis, I presented a paper comparing the pandemic response in Japan with the Meiji government’s attempts to control cholera. Here, I would like to explore the enduring challenges of public communication during disease outbreaks, focusing on the example of Yukichi Fukuzawa (1835–1901), a prominent thinker and reformer of the Meiji era (1868–1912) and arguably one of Japan’s most skilled communicators.

A Doctor for Society’s Ills

In his 2016 book Kansensho no kindai-shi (Modern History of Infectious Disease), Takashi Utsumi uses the portraits on Japanese banknotes to discuss this nation’s extensive experience with acute infectious diseases during the modern era. For example, our ¥1,000 note features Hideyo Noguchi (1876–1928), the pioneering bacteriologist who died of yellow fever while researching that scourge in Africa. On the ¥5,000 note is Ichiyo Higuchi (1872–96), a prominent woman writer who succumbed to tuberculosis at the age of 24. Less widely known, perhaps, are the various threads linking Yukichi Fukuzawa, who adorns the ¥10,000 note, to epidemic disease.

Though not a physician himself, Fukuzawa had a strong background in Western medicine. In the years prior to the fall of the Tokugawa shogunate, he studied Western science (rangaku) at the Tekijuku (later to become Osaka University), which was run by physician Ogata Koan (1810–63). Also prominent among the academy’s students was Sensai Nagayo (1838–1902), who laid the foundations for public health administration in Japan under the new Meiji government.

While Fukuzawa himself maintained his independence from the government throughout his career, he had high regard for Nagayo’s administrative accomplishments, as is clear from the congratulatory message he wrote on the occasion of Nagayo’s sixtieth birthday celebration in 1898. In the message, Fukuzawa heaped praise on Nagayo for persuading government officials with little understanding of science to adopt a modern approach to public health and for boosting the professional standards of the Japanese medical community as a whole—tasks he compared to “riding a pig up a mountain.”[1]

Nagayo was a trained physician, but he did not treat individual patients. His focus was on curing the ills afflicting the medical profession in Japan. As I see it, Fukuzawa was also a doctor in a broad sense of the word, tirelessly addressing the young nation’s social and political ills. In fact, in an editorial titled “Kunikosai no ryoho” (How to Cure Our Foreign Relations, Jiji Shimpo, June 6, 1993), he opined that the job of social thinkers was to prescribe policies for society’s ailments in much the same way that physicians prescribe medical treatment for sick individuals. (Of course, this is not to say that Fukuzawa’s diagnoses and prescriptions were always correct.) Above all, Fukuzawa was a “doctor” of public communication. In the following, I will describe his approach to public communication in connection with infectious diseases.

The Specter of Cholera

Utsumi’s 2016 book illuminates the relative social impact of various prewar outbreaks by comparing the 10 acute infectious diseases designated in the Infectious Disease Prevention Law of 1898 in terms of the number of deaths and the case fatality rate recorded for each disease in its worst year. To those 10 are added the 1918 influenza epidemic, also known as the Spanish flu.

Source: Created by the author based on Tables 10 and 11 in Takashi Utsumi, Kansensho no kindai-shi, Yamakawa Shuppansha, 2016.

Although the Spanish flu had by far the largest number of cases, its case fatality rate between August 1918 and July 1919 was a mere 1.2%. On the other hand, the infectious disease with the strongest grip on the public imagination was cholera, as it was a quick and ruthless killer. In addition, cholera patients could be forced into quarantine hospitals, where they faced the prospect of a lonely death separated from their loved ones. Similar anxieties doubtless contribute to the deep fear of COVID-19 among senior citizens.

How did Fukuzawa communicate with people about cholera at a time when much of the populace had little knowledge of disease-prevention measures? A good idea of his approach can be gleaned from an editorial titled “Korera no yojin” (Precautions Against Cholera), in the September 5, 1885, edition of the daily newspaper Jiji Shimpo. First, he explains that the disease is caused by bacteria—tiny organisms visible only under a microscope, which proliferate when they enter the human body (much as mold blooms overnight on steamed rice sprinkled with spores). Fukuzawa wisely refrains from an explanation of microscopy, no doubt aware that he was likely to lose his readers unless he got to the point. (My appreciation for that omission may reflect my own frustration with needlessly detailed technical advice I sometimes receive about mail servers and POP settings when all I wanted to know was the location of the send button.)

In this editorial, Fukuzawa evinces a good understanding of the mechanisms by which disease spreads, as well as the relationship between infection and socioeconomic status. He suggests that cholera tends to spread more rapidly among the lower classes because their economic circumstances and lifestyles force them into closer and more frequent contact with others, including sick people and contaminated objects, thereby increasing the opportunities for contagion.

Fukuzawa is adamant in his insistence on a scientific understanding of the disease and its spread. “The principles of science should prevail in all things. Precautions should be based on those principles, and if you have any doubts, you should consult a doctor of Western medicine and follow his advice. There is nothing more pitiable than the ignorant masses who rush about in a panic, embracing dubious remedies, finding false security in talismans, and consequently subjecting their families to shame and stigma when kiirogami [yellow paper] identifying cholera patients is affixed to the doors of their homes. It is one thing for a person to pay the consequences of his own ignorance, but the scourge of cholera does not end with one death; it can end up decimating an entire village. If you value your own life and feel for the misfortune of others, listen carefully to what your physician tells you.”

In terms of concrete precautions, Fukuzawa prescribes good hygiene, disinfection, and avoidance of contact with sick people and the things they have touched. There is no secret to prevention beyond that, he asserts.

“Having taken these precautions,” he adds, “you should continue to get exercise and maintain a positive attitude. Even in the event of a serious outbreak, it is best not to dwell on it. Stay calm, and keep singing and dancing, eating and drinking, just as you would at any other time.”

From the perspective of those of us currently enduring restrictions on drinking, dining, and karaoke, those last words may ring a bit hollow, but Fukuzawa’s basic admonition to “keep calm and carry on” seems quite reasonable. He must have realized that excessive precautions were unsustainable and likely to have a negative effect on people’s mental and physical health.

As if to drive the point home, he changes tone rather abruptly, noting, “When we let every little thing frighten us, we become possessed by a demon called fear, which all too often paves the way for cholera’s deadly assault.”

Such imagery, though intended metaphorically, may seem incongruous in the context of Fukuzawa’s emphasis on science. But as a communicator, he was not above using the language of the supernatural if it could convince people to control their anxiety.

Fukuzawa acknowledged that the readers of his newspaper, presumably a select and highly educated group, might not need to be lectured about cholera, but he urged them to read, show, or explain the disease-prevention measures introduced on its pages to less informed relatives, friends, and associates. At this early stage in the development of mass communication in Japan, the newspapers had a fairly limited circulation, and they also tended to be highly partisan in character, representing a specific party or ideological camp. As a consequence, opinions reflecting a particular viewpoint tended to circulate within a closed information “space” inhabited by adherents of that worldview or ideology. This encouraged the fragmentation and polarization of beliefs, a phenomenon not unlike the “tribalization” that social media has nourished in recent times.

In fact, in an earlier piece in his column Mangen (Ramblings), Fukuzawa took advantage of the public’s obsession with cholera to target narrow-minded bigotry and groupism, which he dubbed korera (“we” mentality) sickness—a pun on the Japanese name for cholera (“Ibutsu dosho no korera-byo,” Jiji Shimpo, August 1, 1882). This korera disease, Fukuzawa asserted, posed an even greater danger than that caused by bacteria by inciting mindless conflict over trivial matters while excusing unethical conduct on the grounds that “it’s only human nature to do the things ‘we’ do.” As Jiji Shimpo’s founder, Fukuzawa believed that the press was essential to Japan’s modernization, but he also knew that it had the potential to intensify disagreement and nourish conflict. He hoped that direct discussion of the issues with family, friends, and acquaintances could counteract this tendency by promoting the free flow of information and opinions.

This prescription calls to mind the late playwright and social critic Masakazu Yamazaki, who had a lifelong fascination with the functions of shako—sociability or social interaction. Yamazaki saw shako as the middle ground between the selflessness found in family ties and the profit motive of commercial transactions, offering a combination of intimacy and decorum that leads to mutual recognition and affirmation. Yamazaki passed away in August 2020, in the midst of a pandemic that so undermined the kind of social intercourse he championed. (Although COVID-19 was not the cause of death, his passing is nonetheless closely associated in my mind with the disease.)

Conventional wisdom has long held that mutual acceptance and trust grows out of direct face-to-face contact. While video conferencing has emerged as a safe alternative during the pandemic, one cannot but wonder if it can replace what we have lost—particularly given the growing tendency of participants to disable their video during meetings.

Communicating with the public on the subject of disease outbreaks is a tricky business. One wants to encourage composure but not complacency. While public information and advice should always be based on the latest scientific knowledge, communicating effectively to people of different backgrounds and mindsets may involve experimenting with different approaches, combining appeals to emotion and imagination as well as reason. Fukuzawa was an outstanding communicator because he drew on a wide range of persuasive techniques, adapting them flexibly and skillfully to the context and his audience.

A consistent philosophy or ideology is a powerful driving force behind communication and discourse, but it can also limit one’s range and mode of expression owing to self-censorship. Fukuzawa’s philosophy fueled his prolific and energetic communication, while at the same time permitting remarkable flexibility and variety. It is good to know that such a philosophy is possible.

[1] The message was published in the September 29, 1898, edition of Jiji Shimpo, a daily newspaper founded by Fukuzawa in 1882. The source for all Jiji Shimpo pieces cited here is Fukuzawa Yukichi zenshu (Complete Works of Yukichi Fukuzawa), published by Iwanami Shoten. 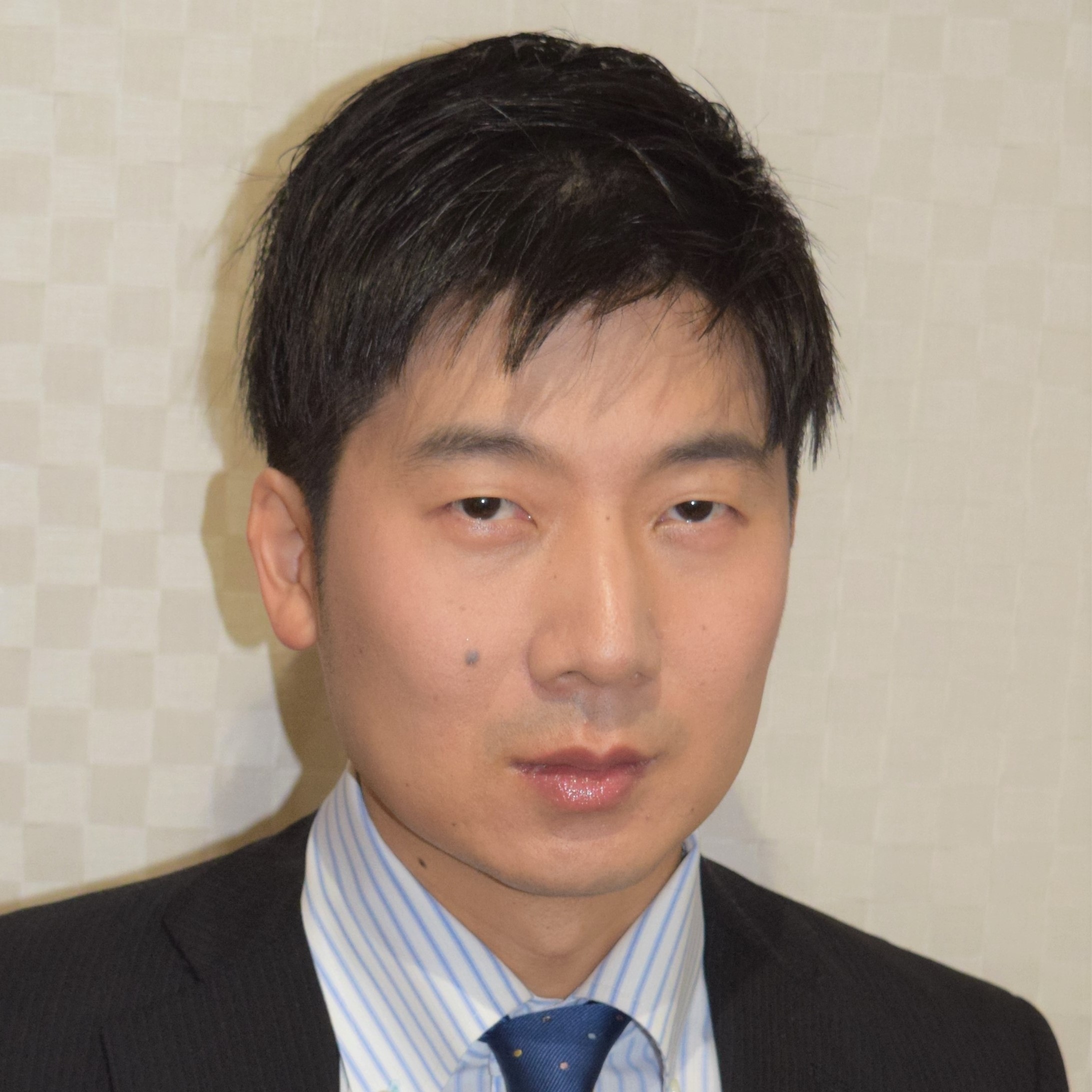 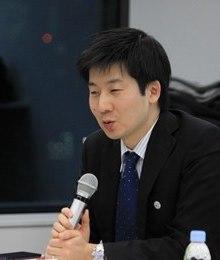 Japan since the Meiji Restoration (1): Lessons from Diplomatic and Constitutional H...