The lessons of history in charting a nation’s way forward appear to be undervalued in Japan, says a member of the Foundation’s Political and Diplomatic Review project. Britain offers a sharp contrast, actively embracing the historian’s knowledge in shaping its foreign policy.

I am sometimes asked by my students why we study history. Why fuss over the dusty details of the long-forgotten past, they want to know, when there are so many new developments to follow, emerging at an ever-faster pace?

At Keio University where I teach, I am a member of the Faculty of Law, although my expertise lies in not law but the history of international relations. Interestingly, a large share of Japan’s political leaders and bureaucrats who shape the nation’s policy are graduates of law faculties; rarely have I come across a history major bustling around the halls of government. This forms a striking contrast with Britain, where a great many politicians and civil servants have studied history. It also hints at a lack of consensus in Japan’s policymaking community about the value of learning the lessons of history.

It was with a view to rectifying this perceived shortcoming and deepening understanding of contemporary policy through the filter of history that the Tokyo Foundation for Policy Research launched the Political and Diplomatic Review project in April 2007. In the inaugural newsletter, project leader Shin’ichi Kitaoka (then professor at the University of Tokyo) quoted the following observation by Kiyoshi Kiyosawa—a US-educated, liberal commentator on politics and foreign affairs who became increasingly isolated in Japan as militant nationalists rose to power:

“At no time has knowledge of diplomatic history been more critical than it is today. Foreign policy and public discourse that are not grounded in such an understanding will wilt away like rootless flowers.”

Kiyosawa was primarily a journalist, not a diplomatic historian. Yet he continued to look to history for guidance on the proper path forward for the nation, undeterred by the growing wartime controls on free speech.

Today, the discipline of history has become highly compartmentalized, with research being confined to narrow areas of specialization within the walls of an isolated academic community. There are regrettably few professional historians who have both solid scholastic credentials and a keen interest in applying their knowledge to real-life political and social issues. There have been notable exceptions, however, from whom there is much to learn. In what follows I will introduce several notable British attempts over the years to create better policy by applying the lessons of history to practical issues.

Handbooks for a Postwar Peace Conference

In August 1918, as World War I was drawing to a close, Charles Webster, a young professor of diplomatic history at the University of Liverpool, joined the Historical Section of the British Foreign Office to produce background information for use by British delegates to the peace conference that was expected to follow the war. Of the more than 160 handbooks prepared by the section, Webster authored study number 153 on The Congress of Vienna, 1814–1815.

At this juncture, Britain had not been directly engaged in a peace conference or the drafting of a peace treaty among the great powers for over a generation. Apart from small-scale meetings like the 1856 Congress of Paris to end the Crimean War and the 1878 Congress of Berlin in the wake of Russia’s victory over the Ottoman Empire, its last pan-European conference was the Congress of Vienna following the Napoleonic Wars. The Foreign Office thus turned to historians like Charles Webster to learn how its own diplomats had handled the negotiations a century earlier and to draft handbooks for British diplomats and other delegates to the Paris Peace Conference of 1919–1920.

Upon completion of this assignment, Webster returned to academia, serving from 1932 to 1953 as Stevenson Professor of International History at the London School of Economics and Political Science. With the outbreak of World War II, though, he was again asked to lend his expertise to the shaping of British foreign policy. From 1939, he followed developments in the United States at the Foreign Research and Press Service of the Royal Institute of International Affairs (Chatham House) and, after the Foreign Office absorbed the unit as its Research Department in 1942, he stayed on to explore ideas for a postwar world order. He drew on the Concert of Europe model of extended peace and stability following the Congress of Vienna to propose a framework for great power concert, an idea that later took shape as the United Nations Security Council.[1]

Thanks to input from diplomatic historians like Charles Webster, Britain, following both world wars, became a leading voice for a liberal international order that, while premised on a balance of power among the leading nations, also conferred certain rights to smaller countries.

The Utility of Outside Opinion

“Historians,” once remarked Sir Eyre Crowe, a renowned British diplomat who served as permanent under-secretary at the Foreign Office from 1920 to 1925, “are notoriously bad at understanding and advising on current political questions, and, as a matter of fact, the habit of following the trend of contemporary affairs and the art of writing intelligently on the subject are, outside the Foreign Office, practically confined in most countries to men who follow the profession of journalism.”[2]

The quote was introduced by historian Zara Steiner, who passed away last year after a long teaching career at the University of Cambridge. She adds, lamentingly, that historians are more often condemned than praised for writing for the public rather than for their peers.

The question of the historian’s role in informing political decisions has plainly been long debated in Britain. On the other hand, a particularly euphonous interplay of history and foreign policy was evident in the Political Intelligence Department, created by the Foreign Office toward the end of World War I to gather political, economic, and military information in both allied and enemy countries. The staff included young-but-esteemed historians like Arnold Toynbee, Lewis Namier, and Alfred Zimmern, as well as junior diplomats who later published outstanding historical works, such as Harold Nicolson and E.H. Carr.

Steiner, who thought hard about how historians can engage more fully in the policymaking process, had an astute observation. “As all students of bureaucracies know, the departments (and the Foreign Office is one of the best examples) have their own ‘group-think’, inherited traditions and shared assumptions which colour judgements. The outsider or the temporary appointee has the advantage of not being part of an established hierarchy.”[3]

One can easily imagine that working with the same group of likeminded colleagues for decades can expose an international affairs ministry to the perils of a group mentality. And while an “outsider” like a historian may not always be able to furnish valuable insights or knowledge, he or she can surely offer advice on matters that insiders may overlook. It comes as no surprise, therefore, that the British Foreign Office twice turned to diplomatic historian Charles Webster for guidance on charting the postwar path.

At the same time, to meet the needs of the diplomatic community for new perspectives and approaches, historians, on their part, must cultivate the “habit of understanding and advising on current political questions,” “follow the trend of contemporary affairs,” and write “intelligently on the subject.” It is precisely with these goals in mind that the Political and Diplomatic Review project will continue its work as a forum linking the lessons of the past with the policy needs of the present.

[2] Zara Steiner, “The Historian and the Foreign Office,” in Christopher Hill and Pamela Beshoff, eds., Two Worlds of International Relations: Academics, Practitioners and the Trade in Ideas (London: Routledge, 1994) p. 40. 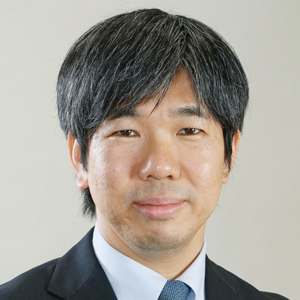