Beijing’s bid to join the CPTPP came as a surprise, not least because China does not satisfy the conditions for membership. The move, Ke Long believes, was aimed at staving off a diplomatic setback while also enhancing China’s influence in East Asia and beyond.

Trade friction between the United States and China and the ongoing COVID-19 pandemic are bringing about a major reset in the world economy and the global systems that support it. Looking back, the 30 years since the end of the Cold War were a period of remarkable growth, as market economies become the norm in many parts of the world.

This economic growth, together with technological innovations, has brought major changes to society. The most important innovation has been “industry 4.0,” or the fourth industrial revolution, driven by digitalization. This now looks likely to spur a further leap forward in economic development. The problem is that the evolution of global systems is failing to keep up with the galloping pace of technological change.

Evolution in global systems means developing more robust international rules and governance to encourage international coordination alongside social and technological progress. This is not the reality we face today. For decades, the United States has acted as the de facto global leader, but in recent years American economic strength has entered a period of relative decline that has coincided with the rapid rise of China and other emerging economies. If this trend continues, it is likely that the world will lack a clear leader and that we will enter a situation like that of ancient China, with numerous warlords and states battling for control.

Since the end of the last century, some economists have been predicting that the twenty-first century will be the “Asian century.” If this is correct, the question remains: Who will play the role of leader? The reality is that China’s economic power is increasing at a remarkable pace, and many now expect China’s nominal GDP to overtake that of the United States by 2030 at the latest.

Whether China is realistically capable of becoming the world’s largest economy by 2030 is, I believe, a question that requires a little more careful consideration. Leaving that aside, and assuming for now that China does become the world’s dominant power, what is the likelihood that the democratic countries will accept an autocratic state like the People’s Republic of China as global leader?

China itself may well aspire to global leadership. But the international situation is increasingly one in which multiple powers squabble for precedence like the ancient Chinese warlords. In this context, some political scientists define the current tensions between the United States and China as a new cold war reminiscent of the long standoff between the superpowers in the decades following World War II.

Although the relationship between the United States and China has some similarities with US-Soviet relations during the twentieth century, there is also one decisive difference. During the Cold War, the United States and the Soviet Union were in competition across the board. This is not the case with US-China relations today. Despite the tensions in foreign policy and national security, the economies of the two countries are more dependent on each other than ever before, and the relationship is likely to grow even closer in the years to come.

China may be the “workshop of the world,” but it relies on the United States and America’s allies for technology and core components. The United States, meanwhile, has become totally reliant on China for everyday items and necessities. Finding an alternative source to supply these items would be practically impossible. Although the two countries may be implacably opposed in terms of foreign policy, a complete decoupling is highly unlikely.

As early as the presidency of Barack Obama (2009–17), the United States expressed concern about its trade imbalance with China and grew increasingly wary of the threat from China. To contain this threat, the Obama administration embraced the idea of a Trans-Pacific Partnership (TPP) that included Japan and other Asia-Pacific countries.

The TPP differed from a conventional free trade agreement in several ways. In order to construct fairer international markets, the membership conditions required signatory parties to give equal treatment to state enterprises and private companies, to guard against patent infringements and other intellectual property violations, and to give up their right to demand licensing or transfer of technology from foreign companies involved in direct investment. The nature of these provisions makes it hard to deny that the TPP was specifically designed to contain and control the threat from China.

Unable to join the TPP, Beijing responded with the Belt and Road Initiative, embarking on the construction of an economic bloc of its own across huge swathes of the Eurasian landmass. The initiative involves building a network of logistics infrastructure projects centered on a “maritime silk road” and a new land-based silk road straddling much of Eurasia, providing aid (mostly in the form of financing) to countries along these routes for infrastructure building.

Most of the countries along the Belt and Road Initiative are developing or newly emerging economies. The relative lack of economic development in the region means that many of these countries lack adequate reserves of foreign currency and would welcome infusions of cash. But the ports and other infrastructure built with funds from China are unlikely to generate enough profits to cover the cost of construction, saddling the borrowers with heavy debt—a situation that some have criticized as a “debt trap” set by China.

There is still no telling whether the Belt and Road Initiative will in fact turn into a vast China-dominated economic zone. The decision by the Trump administration to withdraw from the TPP must no doubt have come as a relief to President Xi Jinping, as it ruptured the net that had been designed to contain China. The move did not mean, though, that Washington had relaxed its suspicions toward China. In fact, the Trump administration imposed strict economic sanctions from 2018, citing the bilateral trade imbalance, and the US-China relationship became more strained than ever.

China responded by taking the lead in strengthening economic collaboration within East Asia, refusing to buckle under US economic sanctions and retaliating in kind. China’s comparative advantage clearly lies in the fact that it is at once the world’s factory and the biggest market. Some 25 million cars were sold in China in 2020, making it the largest vehicle market in the world. In China there is a saying: “Close neighbors are more important than distant relatives.” The United States may not be a distant “relative,” but there is no doubt that Asian countries are close neighbors. And for this reason, close economic ties and partnerships with other Asian countries are an essential part of China’s strategy.

In 2020, an agreement was reached on a Regional Comprehensive Economic Partnership (RCEP) that includes China and Japan among its members. With this, the shape of economic cooperation within East Asia as envisaged by Xi Jinping has started to emerge. Because the United States is not a part of RCEP, there is little doubt that China, as the world’s second largest economy, will seek to assert leadership within the partnership.

The TPP did not disappear just because the United States dropped out, however. The 11 remaining countries, led by Japan and Australia, went ahead to launch the Comprehensive and Progressive Agreement for Trans-Pacific Partnership (CPTPP, or TPP11) without the United States. It may now be without the world’s largest economy, but the CPTPP is nonetheless fast becoming a benchmark for a comprehensive and progressive economic partnership agreement.

China certainly has no intentions of totally privatizing its state enterprises. But the country has consistently shown interest in the TPP and its role. In November 2020, Xi Jinping expressed an interest in joining the CPTPP during an online meeting with leaders of the Association of Southeast Asian Nations. Ten months later, in September 2021, Beijing formally applied for membership. There is no doubt that China’s application came as a surprise not only to the 11 CPTPP signatory states but also to the United States and other countries around the world—not least because China clearly does not satisfy the conditions for membership. Because of this, some people have quite reasonably cast doubts on the sincerity of China’s application.

The Chinese government has yet to fully explain its reasons for applying, so it would be unwise to indulge in too much speculation. But there are two observations I would make.

First, having steered the negotiating parties to an agreement on RCEP, Xi Jinping believes Beijing can secure uncontested leadership within East Asia’s economic cooperation frameworks if it can join the CPTPP. Since the Joe Biden administration has not announced any plans to join the CPTPP, now is the ideal chance for China to seize leadership in the absence of the United States.

The other point is that since Taiwan is not a state, it cannot participate in international organizations as a full member. But the CPTPP is not an official international body. If the 11 current members were to approve Taiwan’s application, there is no reason why it could not join. This would represent an economic and diplomatic victory for Taiwan and a diplomatic setback for Beijing. The most effective way to block Taiwanese membership would be for China to apply to join the CPTPP itself, making it difficult for the 11 members to turn down Beijing’s bid while approving Taipei’s. Of course, there is little likelihood of the reverse happening either. And if they were to approve applications from both, this would still surely anger Beijing. The likeliest eventuality is therefore that the 11 CPTPP members would turn down both applications.

Thirty years have passed since the end of the Cold War. Today, we are entering a major reset in global society, and jockeying for position within this emerging new order has only just begun. While there is widespread recognition of the need for stronger economic partnerships, there is a growing risk that efforts by countries to maximize the benefits to themselves will give rise to new and increasingly intense conflicts. As the relative strength of the United States wanes, the former hegemon is no longer able to exert the same kind of strong leadership as in the past. At the same time, the existing rules of the global society are no longer fully functional.

In this context, rather than seeking to become the global leader all at once, China is first looking to increase its influence within East Asia. In a sense, this is a natural consequence of China’s increasing economic power. The challenge in the years to come will be to find a way to build relationships of mutual trust between China and the rest of the international community. 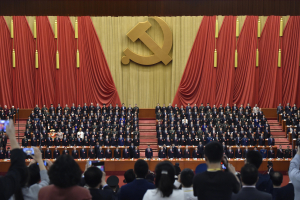 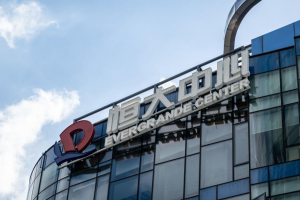