The Shifting Paradigm of Japanese-Sino Relations

There has been a thawing in ties between Tokyo and Beijing in recent years, and the birth of the government led by the Democratic Party of Japan following last August’s House of Representatives election should give further momentum to this trend. China is becoming less sensitive to developments in Japan, though, as its own global presence grows.

In March 2005 Jian Zemin stepped down as chairman of the Central Military Commission of the People’s Republic of China, and in September 2006, the cabinet of Prime Minister Junichiro Koizumi resigned en mass. In the United States, meanwhile, Barack Obama took over as president from George W. Bush in January 2009. Several years have already elapsed since Koizumi’s visits to Yasukuni Shrine cast a chill on Japanese-Sino relations, and the leaders at that time have all been replaced by their successors.

Over the years, the paths taken by Japan and China have “crisscrossed” (that is, collided) every time bilateral historical or territorial issues came to the fore. But immediately after over from Koizumi, Prime Minister Shinzo Abe made a surprise visit to China in October 2006, an overture that led to the “ice-thawing” visit to Japan by Chinese Premier Wen Jiabao in April 2007. These mutual visits have eased tensions in the bilateral relationship, so at a glance, the improved ties appear to be result of Abe taking over as head of government from Koizumi.

Quite apart from the thaw in Japanese-Sino political relations, China has grown into a global economic power with increasingly close ties to the United States.

2. Chill in the Media

The birth of the DPJ-centered government in Japan has attracted broad interest in China, and the reaction in the Chinese media and among many experts has been positive. In an article carried September 10 on People’s Daily Online, Liu Jiangyong, professor at Tsinghua University’s Institute of International Studies, cites the following reasons for such a reaction:

(1) The DPJ’s Ties with China
Since the founding of the DPJ, Yukio Hatoyama, Ichiro Ozawa, Naoto Kan, Katsuya Okada, and other prominent figures in the DPJ have visited China, engaged with Chinese leaders, and contributed positively to the betterment of bilateral ties.

(2) Hatoyama’s Ties with China
Hatoyama has been vice-president of the Parliamentarians’ Union for Japan-China Friendship and has rebuked members of his own party who have expounded the “China threat” theory. The prime minister’s grandfather, Ichiro, worked hard to normalize relations with China and his father, Iichiro, then Japanese foreign minister, negotiated with China for the signing of the Japan-China Peace and Friendship Treaty in 1976.

(3) Murayama Statement and Yasukuni
The Hatoyama cabinet has announced it will adhere to the statement “On the Occasion of the 50th Anniversary of the War’s End” by then Prime Minister Tomiichi Murayama and that its members will not visit Yasukuni Shrine.

(4) Closer Bilateral Economic Ties
China is currently replacing the United States as Japan’s largest export market, and Japan is sure to give greater importance to China if it hopes to end its recession and seek long-term growth.

(5) East Asia Community
A healthy and stable Sino-Japanese relationship is required in order to build an East Asia Community, as Prime Minister Hatoyama has proposed. As major figures in the government have engaged with Chinese leaders and have announced that they will not be visiting Yasukuni Shrine, the DPJ is a partner with whom China can deal with a feeling of security.

No matter how much importance the DPJ-centered government gives to China and other Asian countries, though, many in China realize that this will improve only one dimension of the bilateral relationship. Thus, the Chinese media now often describes the ties between the two countries as having become “hot in politics, but still chilly in media coverage.”

3. Toward a “Parallel” Relationship

China’s biggest concerns regarding Japan are (1) issues relating to perceptions of history, (2) territorial disputes and maritime rights, (3) support for independence in Taiwan, Tibet, and Xinjiang, and (4) sentiments among the people of the countries.

There is potential for continued “crisscrossing” between the two countries every time provocative statements or actions are reported. But this writer believes that unless there are glaring violations of each other’s interests, the paths Japan and China take will begin to move in parallel, maintaining a certain distance between one another so as not become embroiled in meddlesome disputes.

As mentioned above, while improvements in the bilateral relationship appear to be the result of changes in administration, an even more important consideration for China than its ties with Japan is its standing in the global community. Increasingly, it sees itself not only as a political power—symbolized by its permanent seat on the UN Security Council—but also as an economic power that is, in effect, supporting the US economy.

That China’s economic indicators recovered very quickly following the global financial crisis of 2008 and that its foreign currency reserves are continuing to grow have become sources of pride and confidence for China. From the Chinese viewpoint, Japan is an ally of the United States, so as its own economic ties with the United States become more intimate, China will come to feel that ties with Japan will not deteriorate even if it does not voice its anger over every little statement and action in Japan.

Indeed, a more urgent task for China today is addressing domestic issues, particularly maintaining social stability. There are many problems to be resolved, including unemployment, income gaps between rural and urban areas, and ethnic conflict in autonomous regions like Tibet and Xinjiang. Japan similarly needs to focus on domestic priorities, as a House of Councillors election is slated for 2010. So neither China nor Japan has reasons to seek an impasse in diplomatic ties. At least over the next several years, then, the relationship between China and Japan should shift from one marked by collision (crisscrossing) to a more parallel path that maintains a certain distance between each other while giving priority to resolving their own, respective concerns. ( Translated from a report in Japanese published on October 21, 2009 ) 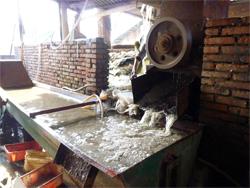 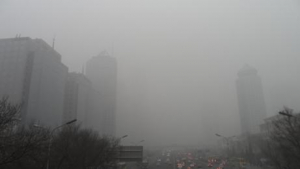 Breathing the Same Air: Outlook for Environmental Change in China

No ‘Shortcuts’ with Environmental Action 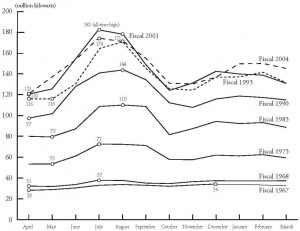 Preparing for the Summer Energy Crisis