In June I continued working at the head office in Mumbai. I was involved in making sure that the new IT system and flow of operations in the northwestern state of Punjab took hold and preparing for the implementation of the same IT system in Rajasthan, India’s largest state just south of Punjab.

The monsoon season began early in the month. Temperatures regularly topped 30 degrees Celsius, and it rained on most days. Humidity almost always stayed above 80%. Perhaps due to this sudden change of climate, I fell ill and took a week off from work.

Last month’s update touched on differences in communication styles that was encountered in conveying and teaching new operating procedures to the Punjab team. Contrary to my expectations, no effort was made to provide written documents (such as an operation manual), and communication was principally oral, mostly over the phone.

I struggled to determine whether I should respect this approach as being a manifestation of India’s unique culture or insist on adopting standardized methods used in Japan and many Western countries as a more effective alternative. This update is a follow-up on these questions.

Two weeks after receiving word from a local manager in Punjab that the training of new employees had been completed according to the instructions and schedule given by the head office, Ziqitza’s CEO made a visit. She reviewed the operations of Punjab’s call center and field managers and inspected major departments, including accounting and personnel.

Upon her return to Mumbai, she revealed that some employees hadn’t gone through the mandatory training, others weren’t even aware that a new IT system existed (although they were supposed to have been taught how to use it), and that the main functions of the system were being operated completely incorrectly.

I felt betrayed: That’s not what the manager told me! But soon I calmed down and realized that it wasn’t surprising. After all, a telephone game could never be expected to convey information accurately. A part of me knew this would happen.

The longer the chain of communication, the less the original instructions would be carried out. I should have factored this into my plans so as to ensure a minimum level of results. In my last update I wrote of how I persuaded myself that the Indian style of communication might somehow prove more effective in this cultural milieu. But now I realized I had misled myself.

I’m hardly surprised. The local instructors had no written list of topics to cover (I had prepared notes, but they were never handed to the Punjab team), and the details were conveyed only over the phone. With the staff unaccustomed to taking notes, there was simply no way that the instructions could be fully communicated; if I were in their shoes, I would never have been able to remember everything I was told!

What was most shocking for me, though, was being lied to by the Punjab manager. Well, maybe “lied” is too harsh a word; I’m sure the training sessions were diligently conducted, even if they failed to cover all the topics. We in Mumbai should have done a better job of following up to confirm that the sessions had truly fulfilled their aims. Perhaps I didn’t ask the right questions or in the right way.

Putting an Idea into Action

Looking back, my career has been heavily slanted toward creating new things: I’ve been involved in new projects, organizations, businesses, marketing materials, and IT systems, and I’ve spent less time on ensuring the implementation of these creations. (Perhaps this is because people in Japan are generally eager to master new tools and processes, so I never needed to devote much time to this task. Then again, it’s possible that I simply wasn’t paying close enough attention.)

This time, though, implementation turned out to offer far greater challenges than creation. In starting up a company, attention tends to focus on new ideas and processes, but for the venture to succeed, employee performance must also be followed closely to ensure that the work keeps flowing smoothly.

This can pose a major challenge when a company’s operations are spread over a wide area and the educational backgrounds and skill levels of employees are quite diverse. New ideas and processes take time to spread. Instructions will have to be explained over and over to make sure they’re understood and executed properly, and operations must be followed through to completion. Even if they’re implemented correctly once, regular following-ups are essential to confirm their continued proper execution. Patience is a must.

This is not something that can be achieved through top-down efforts alone; bottom-up participation from every level of the company is also essential. Compared to Japan, where initiatives on the ground play a key business role, India has a strong tendency toward a top-down style, and this can sometimes conflict with the need to enhance on-site skills (at least in the performance of day-to-day operations). Striking a balance between these conflicting inclinations has been a source of stress for me, and I’d like to return to this topic later.

Input from a Former Fellow

On a different note, I had a chance to talk this month with Chris, a former Acumen fellow who also worked at Ziqitza. He was in town on a business trip and dropped by our office. I mentioned how I’d been struggling with different communications styles, and he told me that he had exactly the same experience. Chris was with Ziqitza three years ago, when operations were still limited to Mumbai, and he was involved in marketing to increase awareness of Ziqitza’s service.

Things have changed greatly since then, and the roles I’ve been playing are very different from his, so I was surprised—and reassured—to learn that he had gone through the same confusion and frustrations. Being able to share both my struggles with and rewards of this assignment with someone who understood them gave me the perspective I needed to view my circumstances in a fresh light. 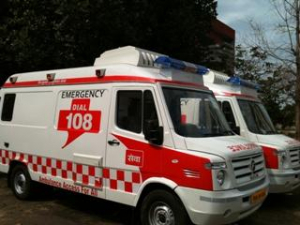