The Rt Hon Lord Cunningham of Felling gave a keynote lecture. He prefaced his lecture by saying that his account of the British parliamentary system would explain how Parliament works in practice, rather than in theory. Below is a summary of his speech.

How the British Parliamentary System Works in Practice

The United Kingdom's Parliament is a bicameral legislature, consisting of the House of Commons (the lower chamber, which is supreme) and the House of Lords (the upper chamber). The House of Commons is made up of approximately 650 Members of Parliament (MPs), who are directly elected by voters. Traditionally, the British government is formed by the political party that occupies a majority of seats in the House of Commons. The Prime Minister of the United Kingdom (the head of government) must be an MP, that is, an elected representative sitting in the House of Commons. The government controls the legislative program that will be put before Parliament through the use of standing committees. The government thus controls the timing of bills, in addition to the raising of taxes and the authorization of public expenditures. These proceedings are a matter of public record: they are broadcast and reported on widely.

The business of Parliament proceeds by consent. The opposition parties (currently the Conservative Party, the Liberal Democrat Party, and a number of small parties) hold discussions with the government about its legislative program and timetable. The opposition could bring the government's timetable to a grinding halt through filibustering, but agreement on how the timetable will proceed is reached by the "whips." The whips are the party managers, responsible for the discipline of their parliamentary party and its coherence, particularly in regard to voting on bills. The opposition has some say in how time is allotted, as do backbench MPs (members of the House of Commons who are not part of the various departmental ministerial teams sitting on the front benches).

The government will use up most of the time available during each sitting of Parliament, but a certain amount of time ("supply days") is reserved for opposition parties to choose subjects for debate. In addition, a certain amount of time is given over to "private members" (that is, backbench MPs) to debate issues of importance to them. At the end of each day's session, there is an adjournment debate, during which individual MPs can raise a subject for debate and the relevant minister has to be available to answer questions.

In Parliament there are also occasions for "free votes." These arise on issues of conscience for which no whipping takes place. In free votes, members are permitted to express their personal views, which may not be consistent with the platform of their party. Thus, there is no organization of the outcome of the vote. Issues related to fox hunting, abortion, and euthanasia have recently been subject to free votes.

As the United Kingdom's constitution is unwritten, the conventions of Parliament are not set in statutory form. One fundamental decision that has endured into the twenty-first century is the Salisbury Convention, which dates from 1945, when the House of Lords was made up of approximately 900 hereditary peers. Lord Salisbury, the leader of Conservative Party in the House of Lords, decided it would be wrong in principal for the upper chamber to reject the programs of the Labour government, which were, after all, based on pledges made in the Labour Party's general election manifesto. It should be noted, though, that the Salisbury Convention is not legally binding in any sense.

Currently, there is a standoff between the two chambers on the issue of reform of the upper chamber. Substantial cross-party support means that a majority of members of the House of Commons favor an elected upper chamber, though the majority of MPs in the governing Labour Party oppose the change. This debate is set to run and run.

The prime minister and Cabinet ministers are more open to the media than they have even been in history. Yet the openness and scrutiny that characterizes Parliament has not translated into the British public being in tune with what is happening there. Levels of public respect for political institutions and politicians in general are falling, as is voter turnout at elections. In spite of serious debates in Parliament about what is happening in the world, the British electorate is far from fully engaged with its legislature. The standing of Parliament itself is low, as is the level of public esteem for parliamentarians. British newspapers have given up on serious reporting on the proceedings of Parliament. These are worrying signs for those who are concerned about democracy in the United Kingdom. It is imperative that democracy is renewed and reinvigorated, and brought closer to the people. All politicians in democratic countries must recognize the importance of engagement with the electorate. Lord Cunningham concluded this line of thought by paraphrasing Winston Churchill: democracy is an awful system until you compare it with all the other systems.

The symposium was held on September 27, 2008, in Tokyo. The event was Co-hosted by the British Embassy of Tokyo and was supported by the Daiwa Anglo-Japanese Foundation. Approximately 100 people attended. The program of the day and the profile of all the panelists are shown below. A further report on the symposium will follow soon.

Session 1 The Relationship Between Legislators and Bureaucrats

Session 4 The Relationship Between Two Houses and Parties

Profiles of the panelists

The Rt Hon Lord Cunningham was first elected as an MP (Labour) in 1970. After the 1997 general election, he became minister of agriculture, fisheries and food. In 1998 he was promoted to minister for the Cabinet Office and chancellor of the Duchy of Lancaster. In this post he led Cabinet efforts to modernize government. In 2005 he was elevated to the House of Lords as Baron Cunningham of Felling.

Ambassador David Warren joined the Foreign and Commonwealth Office in 1975 and has spent much of his career dealing with Japanese and East Asian affairs, in both Tokyo and London. He has served twice before in the British Embassy in Tokyo; from 1978 to 1981 and from 1993 to 1998. In 2004, he was appointed director of human resources for the FCO and also a member of the FCO Board of Management. He took up the post of British Ambassador to Japan in July 2008.

Philip Cowley is professor of politics at Nottingham University. His research interests are primarily in British politics, especially political parties, voting, and Parliament. He is also interested in issues relating to political engagement, and especially the disconnection between politicians and the public, as well as ideas for parliamentary reform imported from outside the UK.

Alex Brazier is director of the Parliament and Government Programme at the Hansard Society. He conducts and directs research into parliamentary scrutiny, legislative processes, representative democracy, and constitutional reform. Before joining the Hansard Society in 1999, he undertook specialist research in the Social Policy Section of the House of Commons Library.

J A A Stockwin

Prof. Stockwin is emeritus fellow of St. Antony's College and the Nissan Institute of Japanese Studies, University of Oxford. He is one of the most respected scholars in the field of modern Japanese politics. In 2004, he received The Order of the Rising Sun from the Japanese Government in recognition of his work in promoting Japanese Studies in the UK. His recent publications include Governing Japan (Fourth Edition).

MP (LDP). Koichi Yamauchi is a first-term member of the House of Representatives. He graduated from International Christian University in Tokyo. He also received a master's degree from the Institute of Education at the University of London. He is chief secretary of the LDP Subcommittee on International NGOs.

MP (DPJ). Kenta Izumi is a second-term member of the House of Representatives. He was previously DPJ youth director, and in this role he arranged many international exchanges and meetings among young people across Asia.

MP (LDP). Taro Kono is a fourth-term member of the House of Representatives. He is currently director of the Diet Committee on Foreign Affairs. From November 2005 to September 2006, Kono served as senior vice minister of justice under Prime Minister Koizumi.

MP (DPJ). Goshi Hosono is a third-term member of the House of Representatives. He is currently director of the Diet Committee on Agriculture, Forestry, and Fisheries. He is also shadow deputy minister for agriculture, forestry, and fisheries.

MP (LDP). Masahiko Shibayama is a second-term member of the House of Representatives. He is a member of the Diet Committee on Foreign Affairs and the former deputy director-general of the LDP International Bureau. He is also lawyer.

MP (DPJ). Akihisa Nagashima is a third-term member of the House of Representatives. He is also a visiting professor at Chuo University. He is currently a member of the Diet Committee on National Security. Before his election to the Diet, he was a senior fellow of the Council on Foreign Relations.

Kensuke Takayasu is associate professor of political science at Seikei University. He graduated from Waseda University in 1996 and earned his PhD from the University of London in 2003. He is interested in comparative politics, especially the office of the prime minister, and the parliamentary systems in Britain and Japan.

Harukata Takenaka is an associate professor at the National Graduate Institute for Policy Studies. After graduating from the University of Tokyo, he joined the Ministry of Finance in 1993. He earned his PhD in politics from Stanford University in the United States. He recently published Shusho shihai (Governing by the Prime Minister).

Reiko Oyama is a professor in the Department of Politics at Komazawa University. From April 1979 to March 1995, she served as a researcher in the Research and Legislative Reference Bureau of the National Diet Library. She is interested in comparative political institutions (parliaments in particular) and Japanese politics.

Masami Umekawa is professor of politics at Aichi Gakuin University. Between 1981 and 1982 he was a member of the British Council Japan Association. From 1981 to 1982 and again from 1985 to 1986 he was a visiting fellow at the Centre for the Study of Social History at Warwick University. His main publications include Thatcher and British Politics, Vol. 1-3 , and British Politics .

Hideaki Tanaka is director of the Research Division of the Tokyo Foundation. After earning an ME in social engineering and planning from the Tokyo Institute of Technology, he joined the Ministry of Finance in 1985. He also studied at the London School of Economics and Political Science. He currently also an associate professor at Hitotsubashi National University. 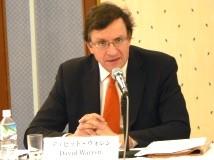 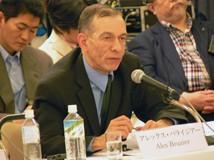 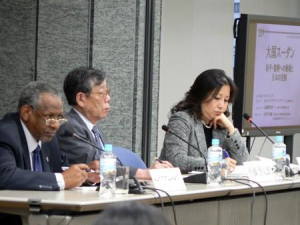 Sudan: Challenges for Peace and Reconstruction 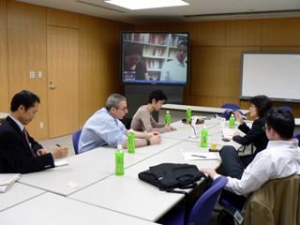 Should Civil Servants Offer Allegiance or Expertise?: Lessons from the Moritomo and...

Getting to the Root of Amakudari: Sweeping Reform Needed to Close the Revolving Doo...

Political Leadership and the Policymaking Process (3)

Political Leadership and the Policymaking Process (2)