On June 20, after months of wrangling over relocation of the Tsukiji fish market, Tokyo Governor Yuriko Koike announced her decision to proceed with the controversial move to Toyosu while redeveloping the old Tsukiji market. As media pundits assess the plan’s impact on Koike’s reelection chances, Senior Fellow Masayuki Komatsu spotlights the failure of private- and government-sector players to tackle the fundamental reforms needed to revitalize and ensure the sustainability of Japan’s seafood industry.

In August 2016, Tokyo Governor Yuriko Koike announced the postponement of plans to relocate the famed Tokyo Metropolitan Central Wholesale Market in Tsukiji to a nearby tract of reclaimed land, originally scheduled for November that year. Amid mounting uproar over the Tokyo Metropolitan Government’s failure to deal with soil contamination issues at the new Toyosu site, Koike put the move on hold, citing concerns about food safety, ballooning costs, and transparency.

An expert panel was appointed to review the relocation plan. Yet months of debate and finger pointing have shed little light on the fundamental causes of the project’s multiple failures, nor have they illuminated the way forward. The plan to develop both sites, announced June 20 this year, will place a huge burden on taxpayers without addressing the need for sweeping reforms to modernize the distribution system and ensure the sustainability of Japan’s seafood industry.

Building on an 80-Year-Old Model

The Tsukiji market began operations in 1935 under the provisions of the 1923 Central Wholesale Market Law. The rice riots that broke out in 1918 over soaring consumer prices had convinced the government of the need for a central wholesale market to facilitate oversight, control wholesale prices, and ensure stable, affordable supplies of food to consumers, especially in urban areas. In the years that followed, Tsukiji developed into a major hub for the distribution of foodstuffs and the biggest fish market in the world.

More than eight decades later, modes of distribution have changed greatly. At the same time, the Japanese fishing industry is experiencing a drop in production owing to the exclusion of its vessels from fishing grounds in many parts of the world, overfishing in the waters around Japan (abetted by the government’s hands-off approach to resource management), and the effects of climate change. As a result, domestic shipments of seafood to the Tsukiji market have plummeted. Foreign producers, meanwhile, are increasingly inclined to sell elsewhere, deterred by Tsukiji’s high costs and opaque pricing mechanisms.

Each January the Japanese media report on the outlandish prices fetched at Tsukiji's opening auction of bluefin tuna. In Japan, critics of the practice complain that the public function of the auction market has been perverted into a public relations gimmick at the hands of private businesses. Overseas, the system is blamed for contributing to the depletion of bluefin stocks.

Already close to half the seafood distributed in Japan bypasses the Tokyo Central Wholesale Market. Primary wholesalers are increasingly inclined to sell their goods directly to supermarkets or smaller retailers, instead of channeling them through Tsukiji’s intermediaries ( naka-oroshi ) and other licensed auction participants. Many distributors use Tsukiji as nothing more than a shipping hub. This negates the purpose of a central wholesale market and demonstrates the superfluity of the intermediate wholesalers.

In short, the raison d’être of the Central Wholesale Market is being seriously challenged, both domestically and internationally. Why, then, should taxpayers have to foot the bill for rebuilding the market’s facilities? Already more than 600 billion in public funds have been poured into the effort—an amount roughly equivalent to the annual budget of Yamaguchi Prefecture, Prime Minister Shinzo Abe’s constituency. Yet there is precious little to indicate that those funds have been wisely invested in modernization and rationalization.

The new facilities constructed at Toyosu, unlike most of those at Tsukiji, are closed off to allow for temperature control, a measure generally regarded as basic to good sanitation and product quality. Yet the present plan does not seem oriented to maximum freshness and safety. Modern wholesale markets in other countries keep room temperatures at 0°C to prevent spoilage, while setting aside separate spaces for bidding. Under the Toyosu plan, zone 7, devoted to primary wholesalers, is to be set at 10.5°C, while zone 6, for the intermediaries, will be a comfortable 25°C. Zone 5 for fruits and vegetables will be 14–15°C. A wholesale market needs to find some way of reconciling good sanitation with the health of the people working and doing business there, but Toyosu’s answer thus far looks like an anachronistic compromise.

Modernization of the auction system, meanwhile, has been utterly neglected. Nowadays, centralized online trading and auction platforms allow buyers anywhere in the world to purchase flowers from the Dutch floral market or fish from the wholesale seafood markets in Norway and Iceland. But Toyosu, like Tsukiji, will continue to set prices through on-site auctions and face-to-face negotiations, limiting participation to licensed buyers in the facility. Japan needs to abandon this archaic model and switch to an advanced computerized system whereby any buyer with the requisite credit can purchase marine products online and have them shipped the same day from Haneda Airport to cities like Singapore, Shanghai, and Seoul.

The new Toyosu market’s internal transport system is costly and behind the times. At the floral market in Aalsmeer near Amsterdam, carts laden with flowers zip along the tracks of an automated rail system. At Toyosu, each intermediary must use its own turret truck to transport goods. This adds tremendously to expenses, since drivers are needed to individually operate more than 500 turret trucks. Instead of rationalizing the market and its systems, the designers have built inefficiencies and high costs into the new facility.

Triumph of the Vested Interests

Japan's wholesale seafood market remains wedded to outdated systems and practices, indifferent to problems that threaten the entire industry. Overfishing, compounded by the effects of climate change, has badly depleted stocks of bluefin tuna, bonito, saury, Alaska pollack, common squid, and other marine resources. Given the government’s failure to act, the primary and secondary wholesalers of the Central Wholesale Market should be using their clout to work for sustainable fisheries management on behalf of the Japanese consumer. To save the bluefin tuna, for example, they need to cease all buying and selling of tuna that has not grown to a certain size. Instead, they are accelerating the bluefin’s rapid decline with their indiscriminate willingness to purchase any fish, however small.

Unfortunately, the Tokyo government’s expert panel has ignored these fundamental issues. What we need is a body to deliberate far-reaching measures to ensure the sustainability of the Japanese seafood industry from a long-range, international perspective. It should be empowered to consider not only rationalization and modernization of distribution but also concerns over radiation levels and sustainable fisheries management. And its proceedings should be open to the public.

Meanwhile, an important opportunity for reform has been lost. Once again, the vested interests have prevailed over the greater good. With public funds covering the costs of construction, industry failed to take the initiative and push for modernization, while the Tokyo government neglected its leadership and oversight responsibilities. The tenants, for whom the most was at stake, had almost no voice in the process, since they were shouldering so little of the cost.

In the end, of course, it is the taxpayers who will foot the bill for this boondoggle, but it is hard for ordinary citizens to grasp the cost, especially under the current system, which shifts the burden to future generations. In the absence of a culture of accountability, it is hard to be optimistic about Japan’s future. 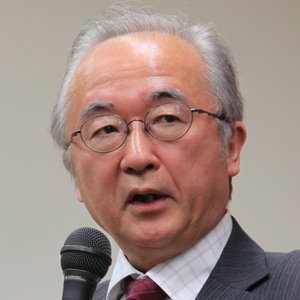 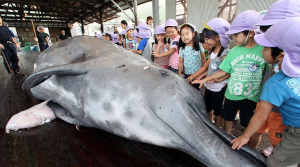 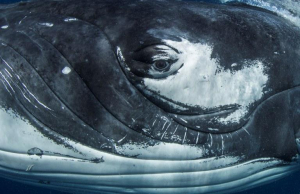