Kato: We are conducting a series of symposia on the general theme of “Reconstructing Values for the Global Age”; today I would like to look beyond the framework of human activities and consider the global age with respect to the Earth as a whole. Our three panelists will address the topics of the Earth system, bioethics, and future civilization.

Matsui: I specialize in studying the planets of the solar system. The Earth has existed for 4.6 billion years. We human beings live in what we might call the “homosphere” that we have created for ourselves on this planet, a process that started at most a few tens of thousands of years ago. It is only within the past few hundred years that economic activities of the human race have started to have a significant effect on the material and energy flows of the Earth, and it is just over the past century that this impact has become prominently visible. As a result of the process of industrialization since the time of the Industrial Revolution, we now consume tremendous amounts of fossil fuels and extract huge volumes of mineral resources from the earth. Using fossil fuels and nuclear power to provide the “driving force” for our activities, we have tremendously accelerated the flows of materials and energy. I believe that these flows are now 100,000 times faster than they were before the human race appeared on the scene.

We are using this “driving force” to satisfy our desires. With it, we have been transforming nature to create various products and meet our material desires. These human activities have caused environmental problems on a global scale. So protecting the global environment requires the reining in of human desires. One point to note, though, is that the discussion of environmental issues is often phrased in terms of good versus bad in human activities. I do not think this is a very meaningful approach. Instead I suggest that we recognize that the emergence of the “homosphere” has transformed the Earth's system. If we look back over the history of the Earth, we find that the formation of the continents and seas was followed by the emergence of the biosphere. At each such major stage, the constituent elements of the Earth changes, and as a result so did the flows of materials and energy. So we should see the changes being wrought by the emergence of the homosphere as being part of this natural continuum. The problem, though, is the speed of the human-induced flows. In the quest to satisfy their economic desires, humans are using materials and energy at a pace some 100,000 times faster than that of previous ages. Keeping this up will result in a crisis affecting the Earth system itself. For this reason, I believe that we should lower the pace at which we are using materials and energy and seek to build a new value system to support us in this deceleration.

Yonemoto: In recent years my main research topic has been the comparison of different countries' policy approaches to science and technology. Today I will focus specifically on how major countries are dealing with the issues of bioethics. The twenty-first century has been called the “age of life science,” and this is a phenomenon that can be seen not just in Japan but also in Europe and America. In the United States, for example, until the collapse of the Soviet Union in 1991 science and technology policy centered on transforming military technologies for civilian use. But this changed with the end of the Cold War setup, and life sciences came to be emphasized. In Japan, meanwhile, talented researchers previously flocked to the field of physics, but recently life science has become more popular.

In this context, a great “GM war” broke out in Britain in 1999 concerning genetically modified foods. During a one-week period there was a tremendous outburst of media stories critical of GM foods. Most of these were being produced in the United States. The British media sounded the alarm, warning about the dangers of these foods. The authorities in other European countries and in Japan were influenced by this, and they moved to impose stronger regulations on GM foods. The differences in countries' responses to this aspect of science and technology relating to life show the need for construction of a common set of values with respect to life science.

Let me offer an international comparison of different countries' approaches to bioethics, looking at Japan, Europe, and the United States. The US approach is based on the principles of freedom of choice and individual responsibility, and the commercialization of human organs is widely practiced. Leon Kass, who served as chairman of the President's Council on Bioethics under George W. Bush, put together a report that identified future issues concerning acts to modify the natural formation of human beings, including “better children” and “superior performance.” In Western Europe, by contrast, countries have moved in the direction of tightening social regulations concerning the human body, enacting laws providing for the dignity of the body and restricting the commercialization of human organs. France, for example, enacted a law on bioethics in 1994, and Switzerland amended its Constitution in 1999, imposing strict limits on the application of reproductive medicine and genetic engineering to humans. Japan is somewhere between Europe and America, wavering between freedom of choice and social control.

The will of the Earth: Extinction of the human race

Yasuda: My field of specialization is earth science. After conducting a study at Lake Megata, a crater lake on the Oga Peninsula in Akita Prefecture, I came to feel that the Earth has a will. The study in question was one in which we took core samples from the sediment under the lake. The cores showed a clear succession of lighter and darker stripes in alternation. The lighter stripes consisted largely of diatoms (algae) that multiply in spring and summer, while the darker stripes consisted largely of clayish accumulations of mineral sediment from autumn and winter. Each pair of light and dark stripes thus represented a year's sediment. By examining this annual lamination (“varves”), we can learn about past changes in the climate and in the forests of the area. These varves are the Earth's DNA, and it was in this DNA that I sensed the Earth's will.

Why do these varves continue uninterrupted for hundreds and thousands of years? I think the answer to this riddle is to be found in the namahage custom of the Oga Peninsula. We will have a demonstration after this symposium; the namahage demons will appear, wearing their frightening masks. When they make the rounds of local houses early in the new year, small children quake in terror, and their parents hold them tight, “protecting” them from the demons. This spirit of protecting children fosters the spirit of protecting the beautiful natural environment, and this spirit is what has allowed the varves to accumulate without interruption, I believe.

Looking at the varves, I sense that the Earth has been deliberately nurturing life, including the human race—the masterpiece. But now I fear the Earth's will is for the extinction of this masterpiece.

Kato: Listening to all the panelists, I think the key lies in the restraint of human desires. But today's international community is promoting the free movement of goods and money, thereby actually fueling desires. What are your thoughts about that?

Matsui: I'm now involved in a bilateral Japan-China project to develop common materials for education about the environment. As part of this joint endeavor we intend to address the basic issues of “What is the human race?” and “What is civilization?”

Matsui: I believe we need to develop something like “geoethics” as a value standard. For example, more clouds in the atmosphere mean a cooler climate, while fewer clouds mean more warming. If we seek to control the volume of clouds artificially, that is something that will not be impossible in the future; this could be a way of moderating global warming. But in this case we face the issues of whether it is acceptable to interfere with nature in this way and, if so, to what extent. To consider such issues we require the perspective of geoethics.

Yasuda: My hope is that the twenty-first century will become the “age of bio-civilization.” Humans have achieved prosperity by manufacturing various goods. But as we have gone about making things, how much consideration have we given to other forms of life? In the period ahead we need to create a civilization that showcases the brilliance not just of humans but of other living things as well.

Kato: As Mr. Matsui said in the opening presentation, the human race has sharply accelerated the movement of materials and energy, and in doing so we have caused environmental problems like global warming. In the background to such developments are human desires and curiosity. We now need to find arrangements and systems to rein in these desires. I believe that culture has an important role to play in this process. The namahage that Mr. Yasuda referred to is one example, and I believe that we can find many other customs and traditions useful in restraining desires. The traditional cultures that have endured for centuries or even millennia surely have the rationality required for this purpose. It is important to create rules for the control of desires, but I think that we should look first for ideas in the rationality of our traditional cultures. 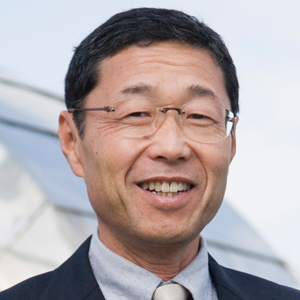