“Japan is Back,” Including a New Defence Posture

Prime Minister Abe has been forcefully advancing a foreign policy and security agenda, visiting a record 49 countries, creating a National Security Council, issuing a National Security Strategy, relaxing the ban on the transfer of defense equipment, and broadening the constitutional interpretation of the right of self-defense. These initiatives should expand the areas of cooperation between Japan and NATO. Maintaining this momentum, notes Research Fellow Ippeita Nishida, will hinge on the success of his Abenomics policy of economic growth. This article is reprinted with permission from the website of the Security and Defense Agenda, a Brussels-based think tank that, as of October 9, 2014, has become part of Friends of Europe.

Back in power again, Prime Minister Shinzo Abe has pushed ahead with a more ambitious security agenda, and he has been remarkably effective during the less than two years he has been in office, thanks to a majority his ruling coalition enjoys in both houses of the Diet. He created the National Security Council, passed a law on the protection of state secrets,

formulated Japan’s first National Security Strategy, expanded the transfer of defence equipment to friendly countries, and most notably issued a new constitutional interpretation that broadens the scope of self-defence. Once amendments to relevant laws are made, this last point would greatly strengthen the Japan-US alliance and enable Japan’s Self-Defence Forces to engage in a wider range of international peace missions.

On the diplomatic front, Abe has actively been calling on other countries, visiting an unprecedented 49 states during his current term, with the notable exception of China and South Korea. Security cooperation arrangements with countries like Australia, Britain, and France, as well as with NATO, are being stepped up. He is even reaching out to North Korea to achieve a breakthrough on the abduction issue. He confidently proclaims that “Japan is back,” implying that the country no longer fits the dull, declining power image and will firmly fulfill its role as a tier-one nation.

Strengthening national defence is high on Abe’s agenda. Defence spending this year increased for the first time in over a decade. A clearer priority is being given to maritime security and the defence of the southwest islands, where China has been playing a dangerous game. Force posture and structure are being reconfigured, and the Joint Staff is gaining more authority over operations. Spending has picked up in such areas as intelligence, surveillance, and reconnaissance (ISR), inter-operability, ballistic missile defence systems, and amphibious capability. Building a credible deterrence to complement US strategic plans while fostering a multilayered security architecture in the western Pacific is Abe’s ultimate objective.

Some in the West have voiced concerns that Japan is taking too militaristic a path. But the truth is that the current administration’s defence posture has little to do with Abe’s conservative leanings. There was a dire need to upgrade the operational capability of Japan’s Self-Defence Forces (SDF) to adapt to a new security environment, regardless who was prime minister. Japan’s fiscal situation, moreover, does not allow significant increases in defence spending, which is maintained at around 1% of gross national income.

Personnel costs made up most of the budget increase, so it is more of a reallocation issue. In addition, under the current interpretation of the Constitution, Japan cannot have capacity beyond what is needed for self-defence. Offensive arsenals and operational capabilitiesincluding doctrines premised on them—are not allowed. Although his statements and conduct have produced a strong nationalistic image, Abe is in fact taking a relatively modest path.

There remains the possibility, though, of uninvited accidents if China continues its provocations, sending vessels and planes to the waters and airspace around the Senkaku Islands. In January 2013 for example, a Chinese frigate directed fire-control radar on an SDF destroyer, a violation of international codes of conduct. If wrongly managed, the incident could have escalated into open conflict. The Chinese leadership needs to contain such ill-considered tactics, and both governments are urged to install confidence-building measure and escalation-control mechanisms. In order to prevent a recurrence of similar incidents in the future, Japan must establish a clear legal basis for self-defence—both individual and collective, while strengthening the capacity of its Coast Guard.

Commitment under “Proactive Contribution to Peace”

Abe’s National Security Strategy advocates the new principle of a “proactive contribution to peace” based on international cooperation. While this has a diplomatic element, the focus is on expanding the role of the SDF in peace missions. The strategy has been formulated in a way to gain domestic acceptance and to deflect “remilitarisation” charges from China.

Currently, the SDF is engaged in two international missions: UNMISS (an engineering unit) and antipiracy operations off the coast of Somalia (two destroyers at sea and two P-3C surveillance aircraft based in Djibouti). While areas of SDF activity are expected to expand in the future, Abe himself has affirmed that it will not take on a combat role. We may see more dispatches for short-term humanitarian assistance and disaster relief, especially in Asia, and perhaps some minesweepers in the Persian Gulf, but it is difficult to foresee how many large force deployments can be made for long-term peace missions, given the tight security situation at home.

Rather, there might be more potential for new military assistance packages. Since 2011, the SDF have provided technical assistance to other forces in such noncombat areas as logistics, engineering, and medical care to support their “capacity-building.” Also, the new government policy on the transfer of defence equipment allows contributions to peace missions. Britain, France, the EU and NATO might well find it useful to coordinate their activities in Africa or Afghanistan with Japan. Japan, for its part, should expand its scope of activities and broaden its foreign aid portfolio, pursuing a comprehensive approach in contributing to peace and stability. If used effectively, these new tools can make a great contribution to peace operations.

In order to further his security and defence agenda, Abe needs to maintain public support and close working relations with the Liberal Democratic Party’s pacifist coalition partner, Komeito. These should keep Abe’s conservative ambitions in check, and observers thus think there is less chance of him revisiting Yasukuni Shrine in the near future.

It is, after all, about the economy: the political sustainability of the Abe administration depends much on the success of “Abenomics.” The initial two arrows—monetary easing and fiscal stimulation—have worked. But the third arrow—structural reforms—will take longer to yield results. Already, such factors as the sales tax hike, the depreciation of the yen, and increased fossil fuel dependency after the Fukushima accident are slowing domestic consumption. The future is still uncertain.

Whether Abe succeeds in keeping the economy afloat will be the lynchpin. If growth flounders, Abe may be forced to step down. And there is no guarantee that his successor would be as forceful and enthusiastic in advancing Japan’s security and defence agenda. With such prospects in mind, Abe must seize the moment, institutionalize the changes he has initiated, and consolidate support for his commitments so that things are not left unfinished, as was the case during his first term in office. 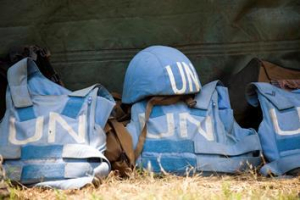