China’s current anti-corruption campaign has produced a surge in prosecutions and some high-profile arrests. Yet critics argue that it neglects the root causes of corruption and may even serve to exacerbate the problem. China expert and economist Hiroyuki Kato looks at the flaws in the current crackdown and critiques one Chinese economist’s radical solution.

Since 2013, the government of Chinese President Xi Jinping has been waging an aggressive campaign against corruption. In addition to cracking down on individual officials, it has adopted new policies to rein in such excesses as lavish entertaining, overseas travel, and the use of luxury vehicles at the government’s expense. It is still too early to judge the efficacy of these policies; the concern is that, even if the current drive succeeds in temporarily stemming the tide of corruption, there is nothing to prevent the epidemic from breaking out again once the crackdown subsides.

If the government wants to get to the real source of the corruption that plagues China today, it must undertake wholesale political and economic reforms to break the political monopoly of the Communist Party of China and shift the weight of economic activity from state-owned enterprises to private business.

China scholar and economist Katsuji Nakagane has reduced the basic mechanisms that promote or discourage corruption to a simple equation: Corruption = Monopoly + Discretion – Accountability. [1] In other words, the way to stem corruption is to break up monopolies and encourage competition, limit the discretion of government officials, and introduce greater accountability.

I wholly endorse Nakagane’s equation and prescription in principle. But we must acknowledge that in China’s case, corruption (within certain limits) has not been incompatible with economic growth. Indeed, it can be convincingly argued that, owing to a degree of vagueness in the rules governing market activity, corruption has flourished alongside economic growth. [2] We must also take into account the huge number of officials who are or have been guilty of corruption in some form and the impossibility of overhauling China’s political and economic system anytime soon. [ 3 ]

With these practical constraints in mind, let us look at the failings of the current anti-corruption campaign and examine an interesting proposal for addressing those problems.

Cracks in the Crackdown

According to Peking University economist Zhang Weiying, the Xi regime’s drive against corruption is deeply flawed. [ 4 ] One basic problem is that the prevalence of corruption at so many levels makes the crackdown a convenient tool for political infighting. When all parties to political rivalry are involved in corruption, the cardinal rule of survival is to strike first, and the relative seriousness of each side’s crimes becomes immaterial. Meanwhile, the fear of prosecution actually appears to exacerbate corruption, given the temptation to buy the protection of high-level officials to prevent their falling from grace. The more people one bribes, and the bigger the bribes (which is to say, the more corruption one spawns), the lower one’s risk of being accused.

Second, the fear of being accused of an economic crime committed sometime in the past is driving people to extreme measures to hide and protect their wealth. Under China’s current system, legal protections for private property are weak, leaving personal assets vulnerable to government confiscation—a situation epitomized by the Chongqing government’s massive appropriation of assets in the name of dahei (“striking black”), Bo Xilai’s campaign against organized crime. This applies to entrepreneurs and officials alike. The continuing phenomenon of “naked officials” who send their family members and assets overseas for safekeeping is closely tied to the fear of being accused of some past wrongdoing. In the current environment, many successful people feel compelled either to “take the money and run” or to pay off as many officials as possible to minimize the risk of exposure.

Third, given the current culture of corruption, it must be assumed that many of those enforcing the crackdown are—to one degree or another—guilty themselves. We should not be surprised if corrupt government officials fail to take the measures needed to stamp out government corruption.

With these issues mind, Zhang Weiying offers an intriguing solution to China’s corruption problem. He recommends a general amnesty for those whose infractions occurred prior to the 18th National Congress of the Communist Party of China, held in November 2012. Anyone committing an act of corruption after that cut-off date would be subject to prosecution and punishment for earlier as well as recent infractions.

Zhang also believes that all government officials should be required to disclose and register their assets, and that any wealth in excess of what one could reasonably be expected to amass through legitimate means should be either confiscated or subject to a special tax. Officials who lie about the extent of their assets would be subjected to harsher penalties. For example, if the government finds that someone who reported owning 2 homes actually owns 10, it should confiscate the 8 homes that went unreported. Zhang argues that the increased risk attached to false reporting would encourage officials to disclose their wealth honestly. But he also believes that officials who do not wish to register their assets should be permitted to leave government service. In addition, he suggests continuing the current anti-corruption campaign while expanding the media’s role in exposing wrongdoing and in facilitating public scrutiny. He believes that, taken together, these measures would be effective in fighting corruption.

Some may question the rationale of offering amnesty to those guilty of past corruption, but as we shall see, Zhang’s proposal is logically consistent with his basic views on reform.

As a staunch proponent of free markets and entrepreneurship, Zhang Weiying has emphasized private property and the need to protect property rights. His approach to economic reform is typified in his response to the Hong Kong economist Lang Xianping (Larry Hsien Ping Lang), who triggered a popular backlash over the privatization program launched in the mid-1990s.

Focusing on abuses surrounding management buyouts in particular, Lang claimed that the privatization of state-owned enterprises was leading to a massive drain of state wealth and argued that the government should halt its property rights reform and SOE restructuring campaign until laws had been put in place to ensure proper disposal of state assets. Zhang jumped into the debate on the opposite side, arguing that, while the government may have lost money on the transfer of individual SOEs, the loss was justified as the inevitable price of reform. Under the old system, the SOEs were seriously eroding private capital, yet vested interests fiercely opposed any substantive reform. It was only by permitting this flow of wealth from the state into private hands, wrote Zhang, that the government was able to overcome the resistance of the vested interests and implement vital reforms. [ 5 ]

Although the focus is different, Zhang’s idea of a “corruption amnesty” program is consistent with his views on property reform. The revolution of the past meant confiscating property from the haves and distributing it to the have-nots. Reform, by contrast, means enlarging the share of the have-nots without depriving the haves of their rightful gains. As Zhang sees it, reforms must protect vested rights and interests to a certain degree if they are to work. By the same token, overlooking past corruption while harshly prosecuting new infractions might be a realistic approach to anti-corruption reform.

Unfortunately, this approach has one serious drawback. The policy of conferring amnesty on those who have already accumulated wealth through illicit means may win support from the rich, but it is sure to be deeply unpopular with the masses, who have little wealth to protect. To implement and uphold such a policy, the government would have to keep a tight lid on popular discontent. Xi seems unlikely to adopt Zhang’s proposal at such a cost.

In the end, the only practical way of combating corruption may be to continue the current hardline policy, vigorously cracking down on corruption to keep it within certain bounds, while working to build a society equipped with structural mechanisms for curbing corruption over the long term.

The AIIB and Japan’s Development Assistance 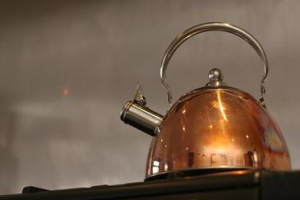