As the government of Shinzo Abe moves to address Japan’s abandoned-land crisis, Shoko Yoshihara urges a wider debate on institutional reforms to facilitate the donation of unwanted land and the consolidation of land-ownership records.

Policy measures to address the problem of unknown land ownership are finally gaining momentum. In addition to enacting a special-measures law to facilitate public use of abandoned and idle property (to go into effect in June 2019), the government has begun deliberating more fundamental reforms aimed at halting the proliferation of orphaned land, including incentives or requirements for recording transfer of title when land is inherited, systems to facilitate relinquishment of unwanted land, and modernization of the land-records system. Now is the time for a thoroughgoing public discussion of the kind of reforms needed to ensure responsible stewardship of land resources.

First Steps and Beyond

Land whose ownership is unknown has proliferated in areas of Japan hit by depopulation and falling property values, creating growing headaches for communities nationwide. Blocked by law from appropriating private land when owners cannot be identified or located, local authorities have been unable to move forward on post-disaster reconstruction plans or the demolition of abandoned and dilapidated structures. The special legislation passed in June will allow prefectural governors to grant local entities the right (for 10 years) to use vacant and unclaimed land parcels for public purposes, once public notice has been posted for a specified period. This is an important first step, but it does not address the structural roots of the problem of missing landowners.

Fortunately, in June the cabinet also announced its intent to embark on systemic reforms aimed at stemming the proliferation of unclaimed land, with an emphasis on mechanisms to encourage (or enforce) the re-registration of inherited property and facilitate relinquishment of unwanted land, along with steps to modernize and integrate records pertaining to land ownership. The government plans to release an outline of the proposed reforms by the end of the year in hopes of passing the requisite legislation by 2020 (see Basic Policy on Economic and Fiscal Management and Reform, adopted by cabinet resolution on June 15).

The extent of the “missing landowner” problem has been widely publicized, and there has been considerable discussion of the need to improve procedures for documenting land inheritances. Less attention has been devoted to the two other topics mentioned above: creation of a system for donating unwanted land and modernization of records pertaining to land ownership. In the following, I hope to kick-start a discussion of these important topics with the help of a survey on unclaimed-land issues conducted by the Tokyo Foundation in the fall of 2014.

Dilemma of the Reluctant Landowner

The questionnaire was distributed to the tax administration offices of Japan’s 1,718 municipalities plus Tokyo’s 23 special wards. We received completed questionnaires from 888 local governments for a response rate of 52%. As discussed elsewhere ( “Japan’s ‘Missing Landowners,’” “Land Issues in the Era of Depopulation” ), the survey gauged municipal authorities’ awareness of unregistered land inheritances and their impact on the collection of property taxes (as when tax offices continue to bill deceased persons). Here I focus on the section of the survey dealing with the donation of unwanted land.

The survey asked how many inquiries the municipal government received each year from individual landowners wishing to donate their property to the municipality (to the best of the respondent’s knowledge), and how many such donations it actually accepted. Of the 495 municipalities that answered this question, 92% reported receiving at least one such offer, but only 44% reported accepting even one donation. [1] (The breakdown of responses is detailed in the table below.)

The survey also asked respondents to briefly characterize, by written response, some of the land donations that the municipality had accepted. Of the 365 that provided answers, 343 (94%) stressed the potential for public use. Most common by far (regardless of the location or scale of the municipality) were instances in which the donated land was deemed useful for road construction. Property contiguous to land owned by the municipal government, vacant lots suitable for use as snow dump sites, and property with cultural or public value were also cited.

Similarly, respondents were asked to briefly describe the kinds of donations that were refused. Of the 420 who answered, 266 cited low potential for public use. In addition, 39 mentioned donations motivated by personal considerations, 37 referred to confusion or potential conflict over ownership rights, 34 mentioned the burden of maintenance, and 50 stated that it was their municipality’s policy to accept no land donations. Some explained further that the local government was unwilling to assume responsibility for land with no clear purpose at a time when it was seeking to sell off public assets.

Meanwhile, unclaimed plots continue to proliferate, as heirs balk at the high cost of re-registering, maintaining, and paying taxes on land with little or no value to them. Neglected property deteriorates, and the task of sorting out ownership grows more complex with each passing generation. To facilitate relinquishment of ownership and ensure appropriate stewardship of our land, we need to develop and fund new mechanisms, such as the establishment of local nonprofit entities charged with accepting donations of unused land and ensuring a basic level of maintenance.

Given the number and diversity of Japan’s municipalitiesーranging from Tokyo’s urban wards to rural communities deep in the mountainsーa one-size-fits-all system is unlikely to succeed. Rather than rely on centralized policymaking, the central government should designate a number of model communities for the development and implementation of various pilot projects, enlisting the aid of experts in the private sector.

Another key medium-term task for policymakers must be reform of our land-records system for improved tracking of and access to title information. With the decline of property values, the real property registry has proved woefully inadequate for tracking ownership. In recent years, authorities have looked increasingly to local “fixed property tax registers” and the heir information recorded therein as they struggle to address the issue of abandoned homes and update the basic farmland register. The special measures law passed in June establishes a system to facilitate administrative use of these property tax rolls for the purpose of locating a property’s current owner.

Unfortunately, the local property tax rolls can sometimes be incomplete or outdated. In their answers to our 2014 survey, many respondents pointed out that municipalities are often missing information on landowners whose combined holdings are assessed at less than 300,000 yenーthe taxable threshold. Although such landowners hold only 9% of all privately owned land in Japan (according to 2016 statistics from the Ministry of Internal Affairs and Communications), they constitute 19% of private landowners nationwide and a full 37% in Japan’s outlying towns and villages. Moreover, such landowners receive no tax notices from the municipal government. Their heirs are thus unlikely to give the property much thought, if indeed they are aware of it at all. This is one issue to be considered when deliberating reforms in the land-records system.

Currently, information pertaining to land ownership is dispersed among a number of registries maintained by separate authorities at different levels of government. These systems were designed for specific purposes at a time when no one anticipated the need for linkage or integration of land data. Improving the accuracy and coverage of our land ownership records will involve linking these separate collections of data (including the real-property and family registries, as proposed in the cabinet’s 2018 Basic Policies). The first steps are standardizing the entry of personal information (names, addresses, birthdates, gender, and so forth), ensuring data compatibility, and establishing clear rules for access and use.

Preserving the Land for Future Generations

Creating systems for custodianship of abandoned land and modernizing the nation’s land records are not tasks that can be left to individuals or the market. The central government must take the lead by creating the basic institutional framework for the protection of our land assets. Building on this foundation, our local governments should develop solutions adapted to their own conditions and circumstances. Central and local agencies will need to proceed on the basis of a rational division of labor. There must be a clear delineation of uniform standards and of the scope for improvisation at the local level. In addition, local entities will need budgetary, legislative, and technical support from the central government to develop and implement effective systems.

The special law passed in June is just the first step toward the sweeping institutional reform Japan needs to protect and manage its land over the long term. Our central government, local municipalities, and individual landowners all have a vital role to play in this national undertaking. It is time for each sector to contemplate and shoulder its responsibility to future generations.

[1]A substantial number of respondents noted that they were unable to account for inquiries received by other offices, suggesting that the figures given could substantially understate the actual number of inquiries.

Forum Report: Land Rights and Responsibilities in the Twenty-First Century 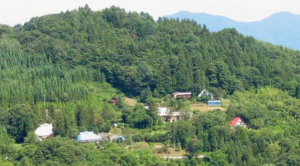 Land Issues in the Era of Depopulation: An Interview with Author Shoko Yoshihara