Global financial markets fluctuated wildly in 2019, rising and falling with each new development in the ongoing US-China trade war. In East Asia, China was the primary destabilizing factor, and the region will no doubt continue to be troubled by uncertainty in the new year.

Washington and Beijing are poised to begin phase two of trade negotiations, but the chances of reaching an agreement are negligible. Hoping to avert being caught in the middle of a trade war, some multinationals have begun moving their factories from China to Southeast Asia. The trend is likely to persist in 2020 and could induce a major realignment of the global supply chain.

The pushback from Washington is not the only headache troubling Beijing. The protests in Hong Kong have yet to subside, and independence-leaning Tsai Ing-wen was recently reelected Taiwan’s president by a landslide. 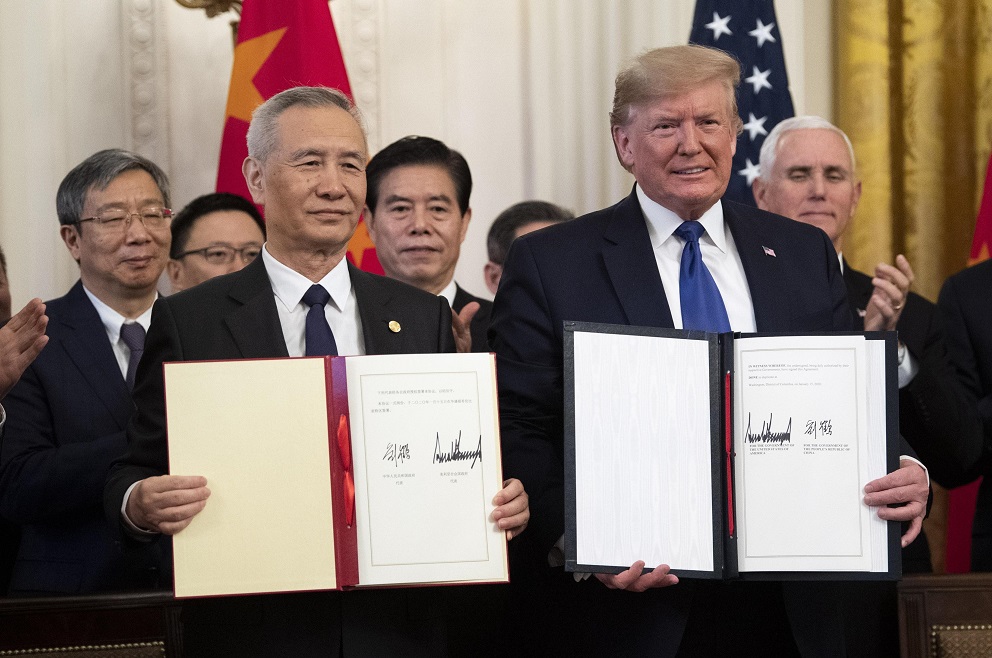 On the domestic front, there is festering discontent among the country’s oppressed ethnic minorities, and the economy is showing signs of a major slowdown. President Xi Jinping will need great skill to maneuver past these difficult challenges. While he is eager to resolve the trade war with Washington, he does not want to be seen as having spinelessly caved in to its demands.

The Chinese leadership aspires to achieve unification with Taiwan under a loosely framed “one nation, two systems” arrangement, but prospects have notably waned following the uprisings in Hong Kong. President Tsai may not openly declare independence during her tenure, but Beijing is nonetheless nervous about Washington’s increasing engagement with Taipei.

US encroachment in cross-strait relations would likely trigger the sharpest rebuke from China, which strongly opposes any foreign “interference” in what it sees as a “domestic” issue. Washington, of course, has its own views about Taiwan and other Chinese “core interests”; the Donald Trump administration has resumed arms sales to Taipei, for example, and enacted legislation allowing senior government officials to travel to the Republic of China.

The growing clash of interests between the two Pacific powers will continue casting a shadow over the fate of the East Asian region in 2020.